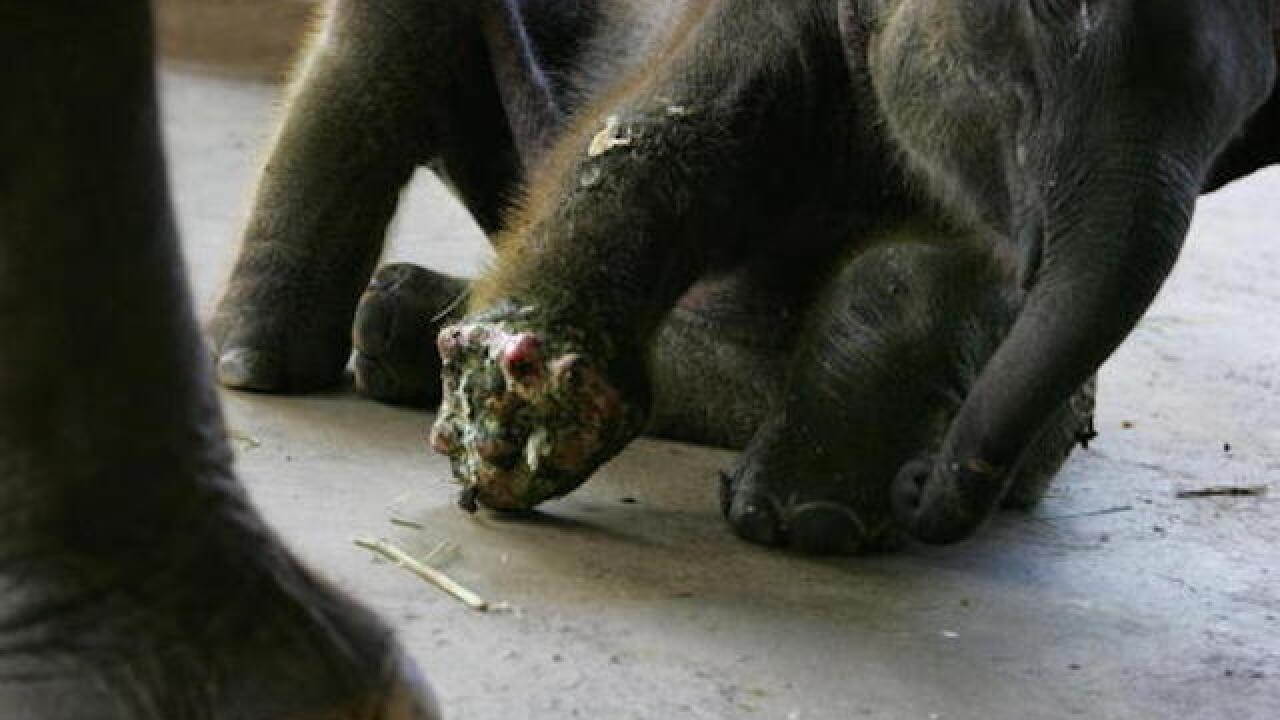 Paula Bronstein
<p>LAMPANG-THAILAND-JULY 16: Mocha, an 8 month old female elephant land mine victim, lays next to her mother, Magae Gray, at the Friends of Asian Elephant (FAE) Elephant hospital in July 16, 2006, Lampang,Thailand. The baby was injured causing her right foot to be shattered with loss of nails and foot pads on both front legs. (Photo by Paula Bronstein/Getty Images)</p>

An elephant in Thailand has received a much-needed new prosthetic leg.

Doctors at a hospital run by the Friends of Asian Elephant outfitted Mosha the elephant with a new left-front leg on Wednesday — her ninth in 10 years.

According to ABC News, Mosha was just seven months old when she stepped on a landmine, causing her to lose her leg just beneath her knee. She was the first elephant to ever receive a prosthetic.

While she is able to get by on three legs for stretches of time continued growth caused her to put too much weight on her other three legs, causing damage to her spine.

The FAE notes that while Mosha has been comfortable in her new leg, she’ll probably need a new one soon. The foundation's website says that she is in “constant need of new molds as she hits normal growth spurts.”