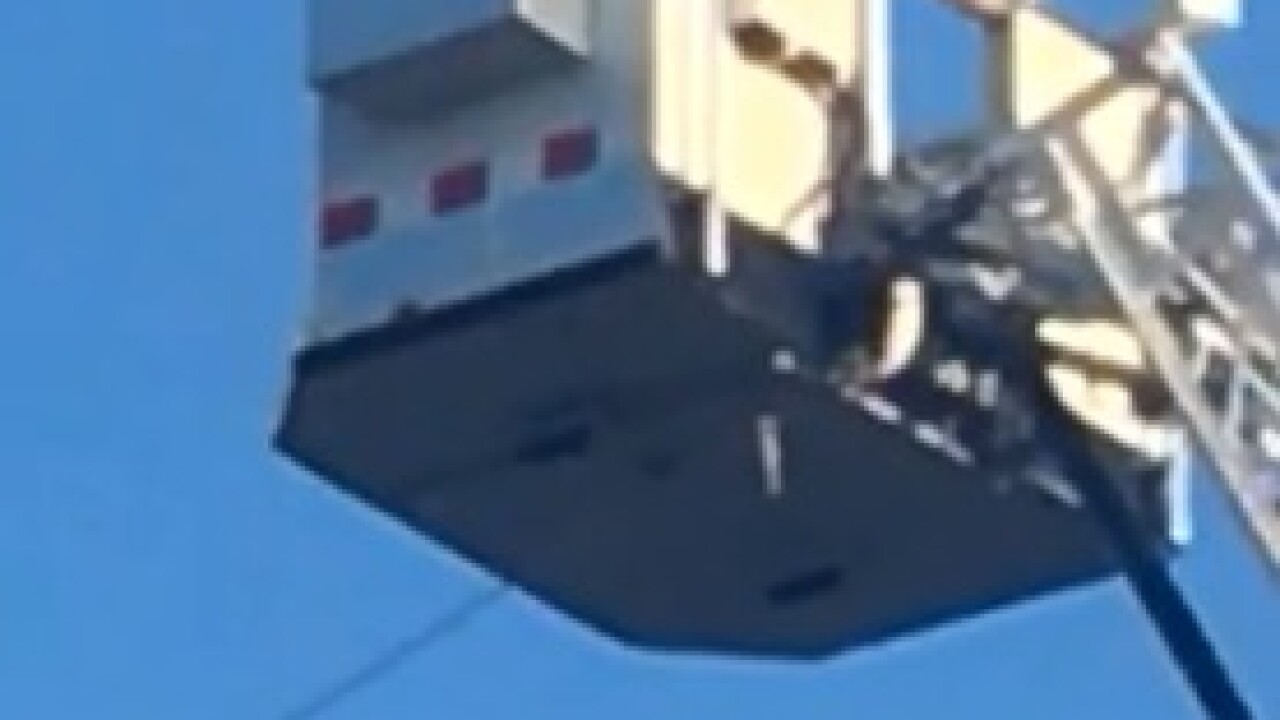 A fire department in a city northwest of Minneapolis marking the 17th anniversary of the September 11th attacks received a patriotic visitor Tuesday.

In a live video posted to Facebook, the Andover Fire Department showed a bald eagle perched on the basket of one of its ladder trucks.

The ladders were extended on an overpass to hang a large American flag over the freeway.

"On 9/11...isn't that unbelievable?" the firefighter who recorded the video, identified by Minneapolis TV station KSTP as Chief Jerry Streich, said. "This eagle just landed on the aerial. Right as we're doing the 9/11 memorial."

The eagle didn't stay long, as it took off after about a minute and is seen flying away in the video.