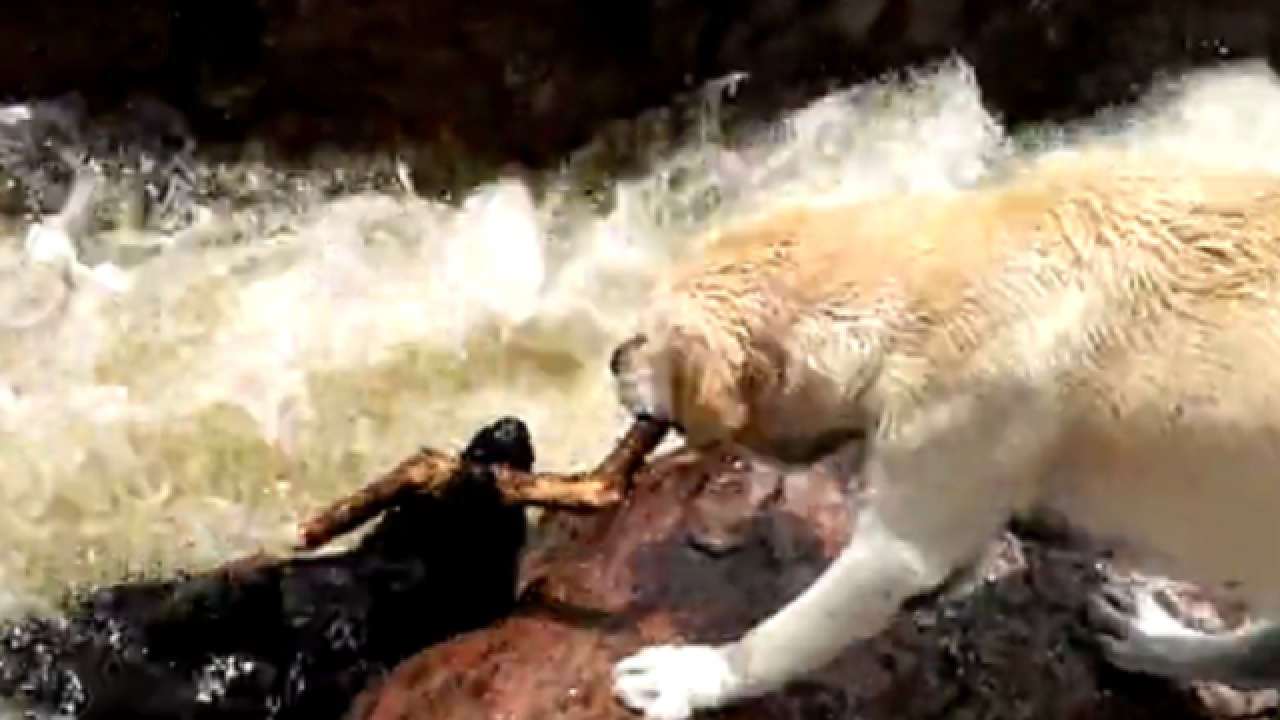 Dog’s aren’t just man’s best friend – they’re also dog’s best friend.
Video footage posted by Rumble.com shows two dogs playing near the water when one of them jumps in to grab a stick. After being dragged away by the rough current, the dog’s friend jumps in to help.
“We were at Yuspe River playing with our dogs. They always play tug with sticks,” the dogs’ owner said, according to Rumble.com. “The dogs weren't hurt, and they enjoy every minute they play in water.”
See the cute footage in the video below.
Copyright 2017 Scripps Media, Inc. All rights reserved. This material may not be published, broadcast, rewritten, or redistributed.