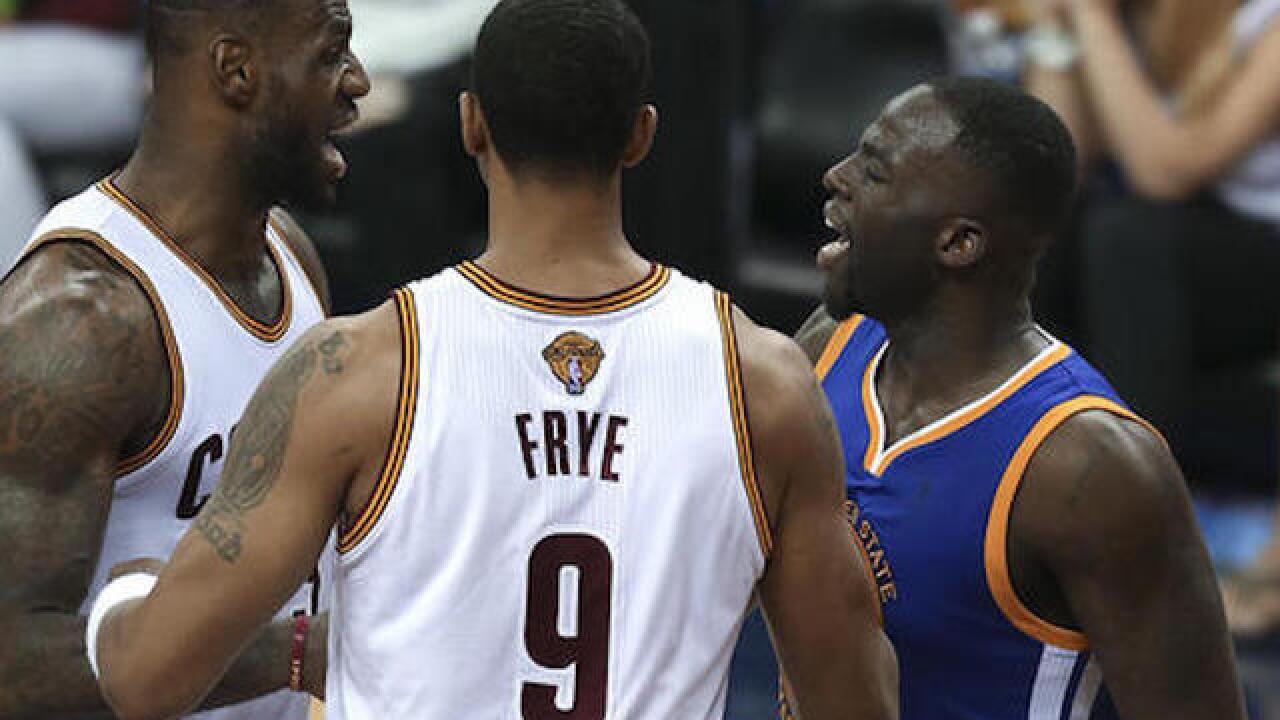 OAKLAND, Calif. (AP) — Suspended Warriors star Draymond Green is expected to watch Game 5 of the NBA Finals on Monday night in a baseball suite next door to Oracle Arena at the Oakland Coliseum, where the Athletics are playing the Texas Rangers.

The defending champions lead LeBron James and the Cleveland Cavaliers 3-1 and are trying to close out a second straight championship at home.

Green may enter Oracle Arena after the game to either celebrate with teammates or prepare for a trip to Ohio for Game 6. Hallways connect the side-by-side venues, allowing Green to stay close by.

The NBA announced the retroactive decision Sunday, issuing James a technical on the fourth-quarter play Friday in which the two tussled and exchanged words.

Green has been on the cusp of trouble for much of the postseason. This is his fourth flagrant foul, which resulted in the automatic suspension. He also has five technicals and was fined $25,000 for kicking Oklahoma City's Steven Adams in the groin during the Western Conference finals.

The Warriors lead the series 3-1 with a chance to clinch their second straight championship at home in Oracle Arena.