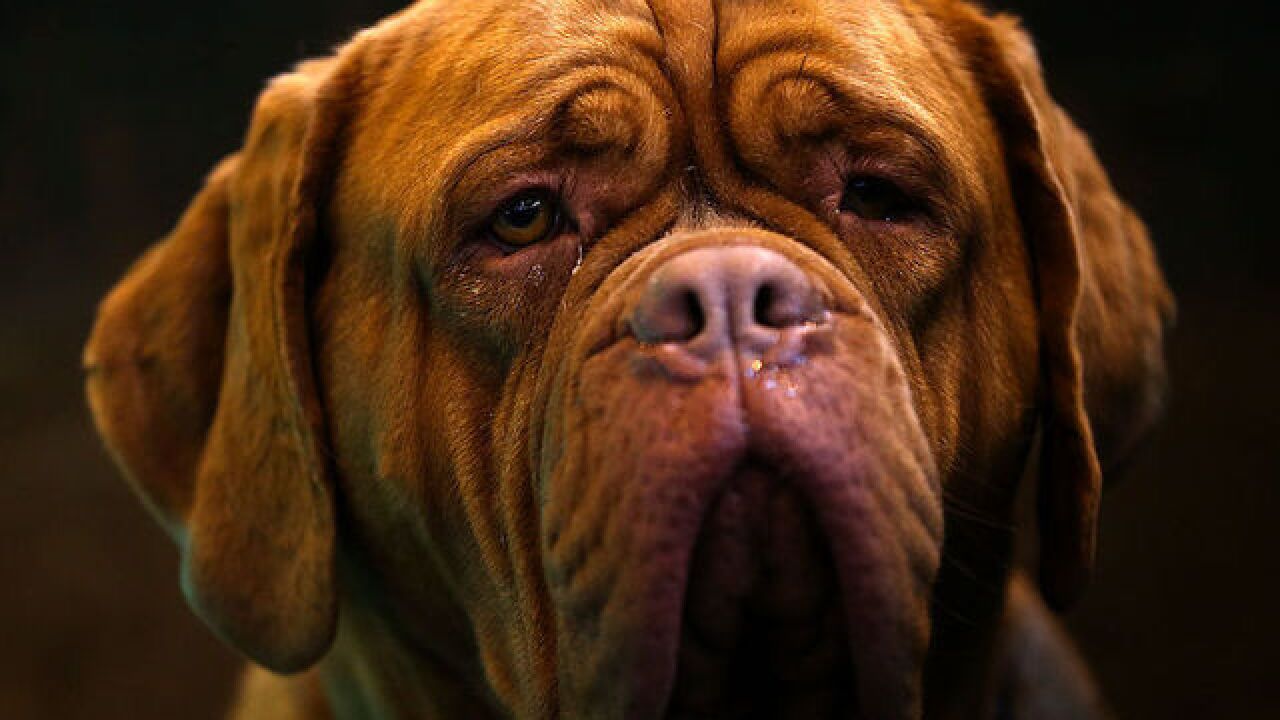 Copyright Getty Images
Carl Court
<p>BIRMINGHAM, ENGLAND - MARCH 06: A Dogue De Bordeaux rests on the second day of Crufts dog show at the National Exhibition Centre on March 6, 2015 in Birmingham, England. First held in 1891, Crufts is said to be the largest show of its kind in the world, the annual four-day event, features thousands of dogs, with competitors travelling from countries across the globe to take part and vie for the coveted title of 'Best in Show'. (Photo by Carl Court/Getty Images)</p>

A man facing a laundry list of charges for the 21 dead dogs found in a home has a history with animal control.

In 2007, court records show that Vernon Silver of Hampton, Virginia was found guilty of cruelty to an animal, a pit bull.

In 2014, animal control responded to his home again.

Documents show that officers found 16 dogs in standing water, in mud, feces, and urine. Rain was in the forecast for the next 48 hours and the dogs had no place to go to get out of the water and the "caretaker/owner could not remove them from the situation."

There were also four dogs in small crates inside a shed and were unable to move.

Out of a slew of charges, online records show that Silver was found guilty of four counts of animal cruelty.

He was sentenced to two years unsupervised probation and prohibited of possessing, owning, and maintaining any animals during his suspension period.

"Where did he get these dogs from, did he walk into the county shelter and adopt them? If so, how was he able to do that," says Shocky Boyajian.

Boyajian is a animal rights activist, and like many in the area, she has questions about this case.

"We hope, in the rescue community, that the third time is the charm and he gets the punishment he deserves for what he's done," she says.

According to the Senior Vice President of Cruelty Investigations with PETA, Daphna Nachminovitch, legislators introduced a bill this year that sought to make cruelty to animals a felony, even if the animal does not die, but it did not pass.

Nachminovitch says PETA had complaints about his address in 2008 as well.

A felony animal cruelty charge can result in a sentence of up to five years in prison.

Hampton Police also asked for a dog fighting charge, but the magistrate's office said there was not enough evidence.

It's still unclear how Silver got access to the Porchin Place home, where the 21 dogs were found dead.

A neighbor told News 3 she called animal control about the smell outside the home more than two weeks ago, but she says nothing was done.

A Hampton Police spokesman says on February 9, just before 5 p.m., animal control officers were dispatched to the 200 block of Pochin Place in reference to a check the welfare complaint. The Animal Control officer cleared the complaint after no response at the residence.

"At that time there were no signs of canines on the property to substantiate the complaint," says Sergeant Matt Bond.

"It couldn't have been a silent situation, somebody heard something and it could have absolutely been prevented on so many levels."