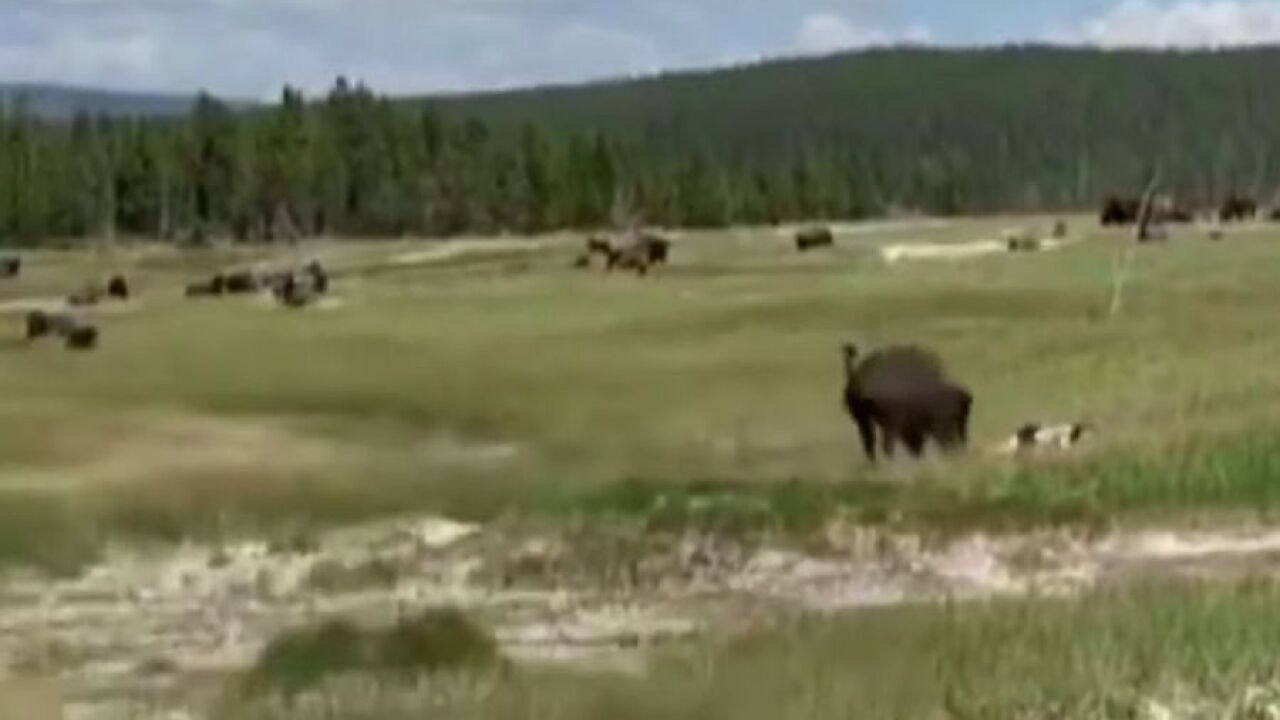 BOZEMAN, Mont. — Cloie Musumecci sent MTN News a brief video of a woman tripping and falling as a bison charged at her and another person in Yellowstone National Park.

Cloie said in an email that the incident happened at Nez Perce Creek. She said the woman "is a Montana local so she knew to play dead in that situation."

The woman was was not injured and escaped "without a scratch," Cloie said. No further information has been released yet, such as whether or not the visitors got too close the bison.

We are trying to get more details about the incident and will post an update if we learn more.

Park officials says that animals in Yellowstone National Park are wild. When an animal is near a trail, boardwalk, parking lot, or in a developed area, visitors must give it space.

Bison are the largest mammals in North America. Males can weigh up to 2,000 pounds and stand up to six feet tall, according to the Department of Interior.

This story originally reported by MTN News on krtv.com.