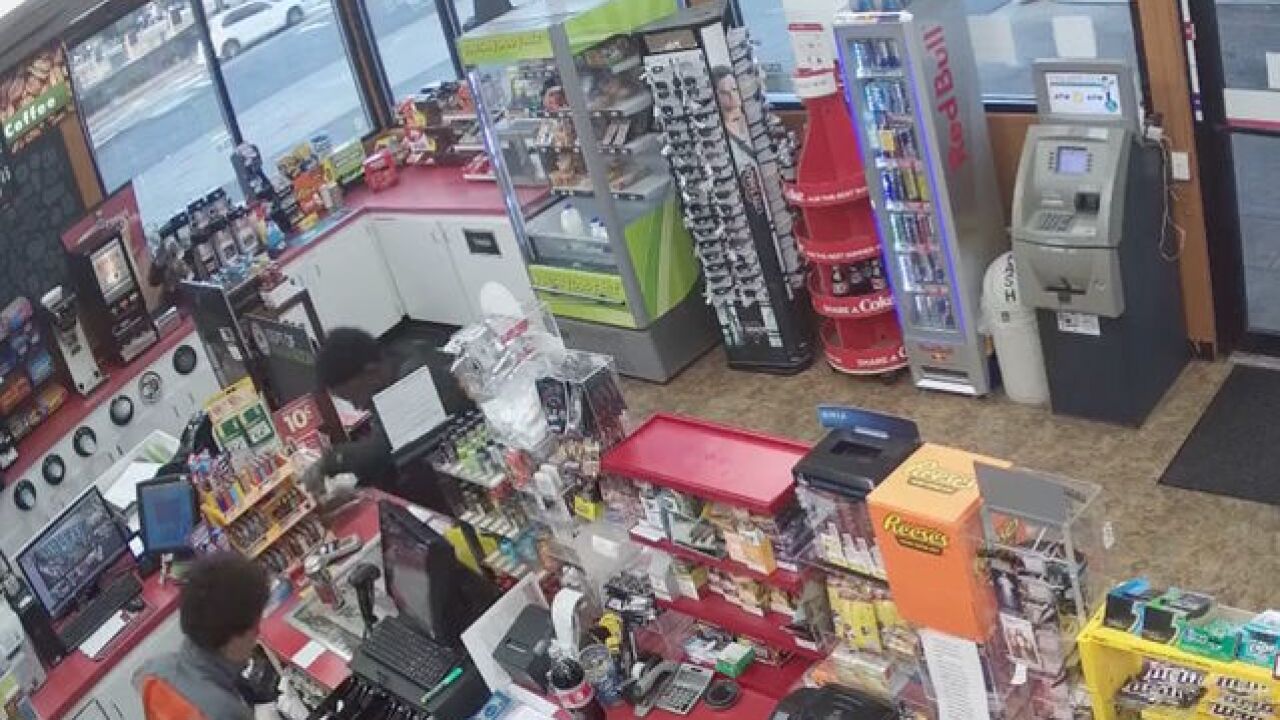 Police are searching for three people after two teens stepped over a collapsed gas station clerk to steal from his cash register.

According to the Auburn, Washington Police Department, the group was in an argument over the price of a beef jerky stick on Saturday when the worker collapsed into a shelving unit and fell to the floor unconscious.

After exiting and entering the store several times, the teens were able to open the register and take off with the cash.

You can watch the full encounter in the player below.

The gas station estimates the suspects received about $175 from the register, according to KOMO News in Seattle.

According to KOMO, the clerk suffered a heart attack and remains hospitalized in critical condition.