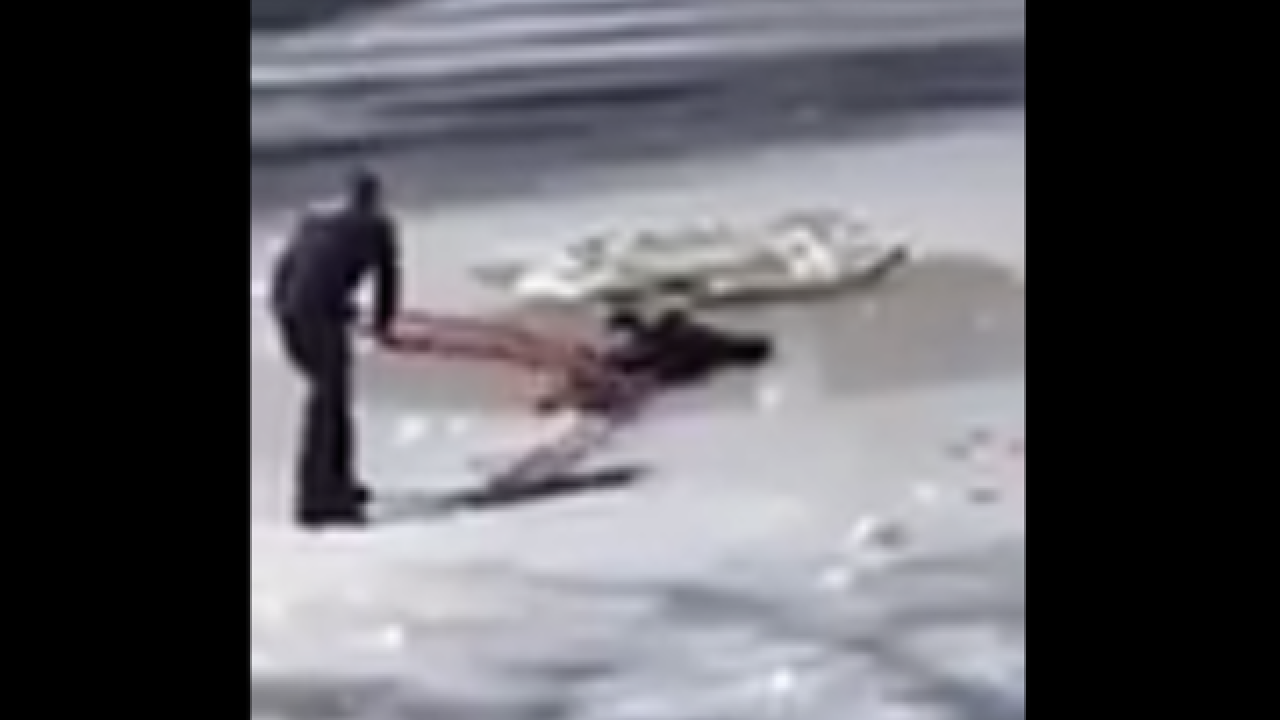 Copyright 2017 Scripps Media, Inc. All rights reserved. This material may not be published, broadcast, rewritten, or redistributed.
<p>NYPD</p><p> </p>

Video distributed by the New York Police Department on Monday shows an officer dragging a teen out of the frigid water in a partially frozen Central Park pond.

According to NBC New York, two officers from the force's counterterrorism unit were in the park when a passerby alerted them to a teen in distress. When the officers arrived to the pond, they found several parks employees nearby.

The group came up with a plan to latch a pair of ladders together to help get the teen out of the water. The plan had to be rushed as officers could hear the ice cracking beneath them.

NBC New York reported that the teen was blue in color, but expected to be okay.

"I'm very, very proud of these officers," said Chief James Waters. "These are what NYPD officers do each and every day."

The officers were identified by NYPD as Officers Anthony DiSpigna and Eddie Radoncic.

"We were able to comfort him & take him to the hospital." Ofcr Radoncic pic.twitter.com/MSX7XICVb1