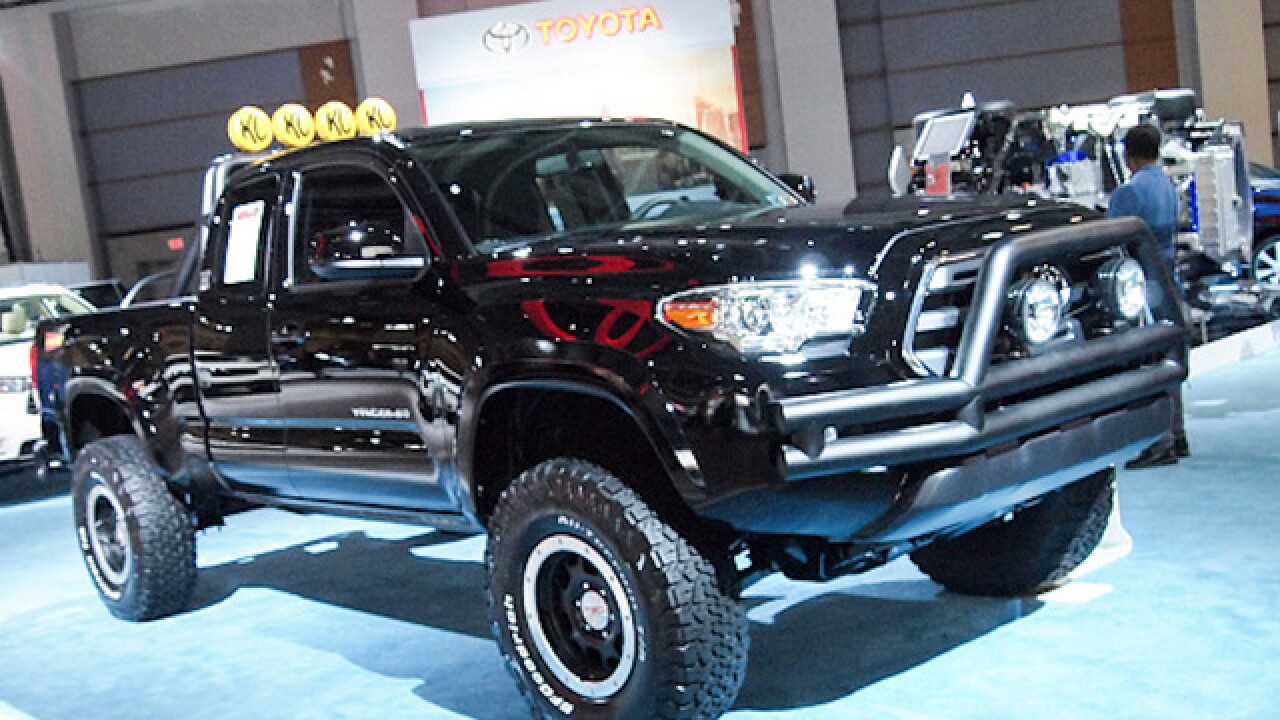 A Louisiana man was arrested Tuesday afternoon after he led police on a high-speed chase, with video capturing the vehicle the suspect was driving going airborne during the chase.

According to KSLA-TV , Kevonte Dekorey Austin, 18, was taken into custody in Webster Parrish, Louisiana. Deputies there said that Austin was driving the vehicle at speeds of up to 115 MPH during the chase.

Law enforcement told KSLA that the Toyota Tacoma driven by Austin was stolen.

A video taken by eyewitness Caleb Gallups showed the pickup truck going off a roadway and into a ditch. As the truck came out of the ditch, the pickup flew over a fence and into a parking lot. In the video, it appears the truck lost its front bumper in midair.

When the pickup truck landed, it fell onto a Toyota Corolla that had at least one person on board.

"I felt around to see if I was hurt and could tell that I was okay," Barbara Harlon told KSLA after climbing out of the Corolla. "God was with me."

Austin was charged with vehicle theft and a probation violation.