President Trump rally in Phoenix: How to watch on ABC15
NewsNational News

US to threaten sanctions against International Criminal Court, close PLO office in Washington 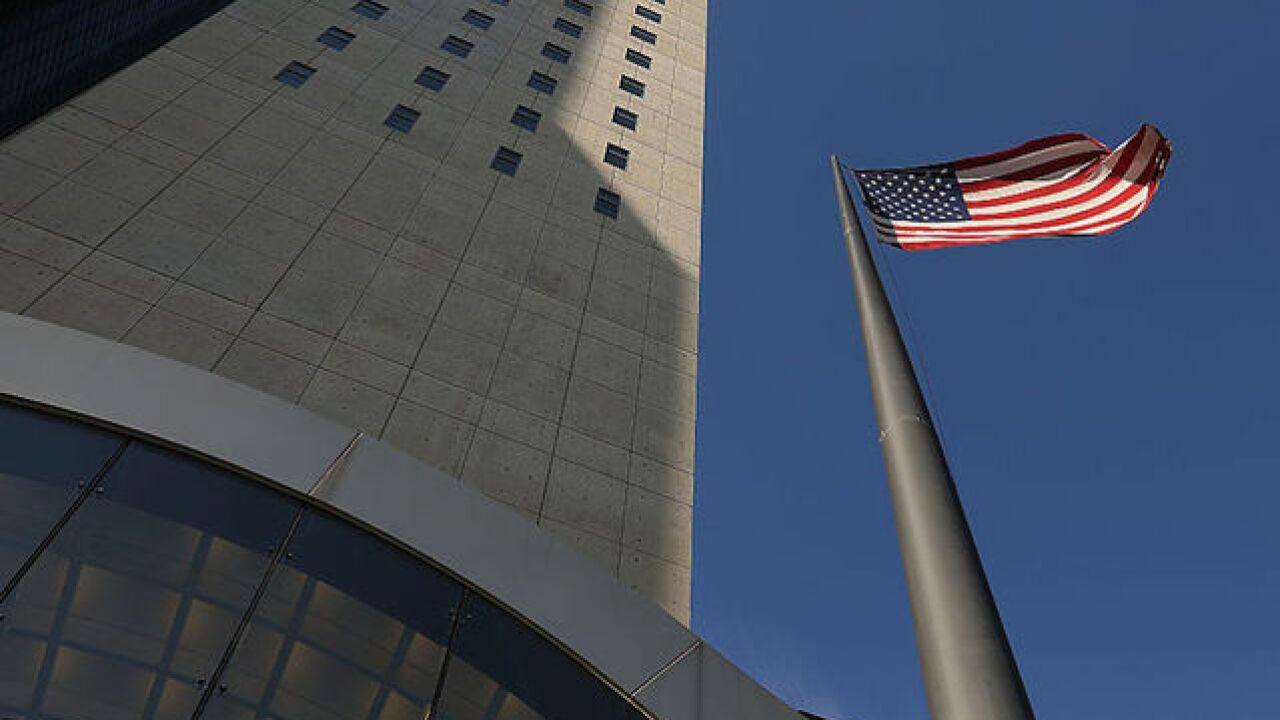 Image copyright 2018 Getty Images. All rights reserved. This material may not be published, broadcast, rewritten, or redistributed.
Spencer Platt
<p>The American flag flies outside of the United States Mission to the United Nations on January 26, 2017 in New York City. </p>

The Trump administration is expected to raise the specter of sanctions against the International Criminal Court (ICC) if it moves to investigate the U.S. or Israel, according to an official familiar with planned remarks by U.S. National Security Advisor John Bolton.

Bolton, a former U.S. Ambassador to the United Nations, will lay out a new campaign Monday to punish countries and individuals that try to prosecute American personnel, the U.S. or its allies -- in particular Israel -- at the ICC, the official said.

Bolton will call for the protection of such allies "by any means necessary" against the jurisdiction of the Netherlands-based court, which the U.S. does not recognize.

The measures could include travel bans on ICC judges and prosecutors and a freeze on their assets, as well as those of other entities trying to bring the U.S. to the court, the official said. Any countries that assist prosecutions risk losing foreign aid.

The potential prosecution of U.S. service members in Afghanistan is of primary importance to the administration, the official said.

Bolton is also set to announce the closure of the Palestine Liberation Organization office in Washington, the official said. Bolton is expected to tie its closing to the Palestinians' refusal to engage in the peace process and to threats by Palestinian leader Mahmoud Abbas to take Israel to the ICC.

The PLO slammed the U.S. administration in advance of the expected announcement, and said it had already been notified by the White House of the decision.

"This dangerous escalation shows that the U.S. is willing to disband the international system in order to protect Israeli crimes and attacks against the land and people of Palestine, as well as against peace and security in the rest of our region," PLO Secretary General Saeb Erekat said in a statement.

"It is also extremely cruel and spiteful to persist in deliberately bashing the Palestinian people by denying them of their rights, giving away their lands and rightful capital of Jerusalem, and defunding UNRWA (the United Nations Relief and Works Agency for Palestine Refugees) and Palestinian institutions, including East Jerusalem hospitals," fellow PLO Executive Committee member Hanan Ashrawi said in a statement.

Over the weekend, the U.S. announced it would redirect $25 million originally planned for the East Jerusalem Hospital Network as part of its review of U.S. aid to Palestinians.

Six hospitals will be affected including the Lutheran World Federation's (LWF) Augusta Victoria Hospital (AVH), which serves over 5 million Palestinians in the West Bank and Gaza, according to the hospital's website. The AVH also provides specialized care not available in the Palestinian territories including radiation therapy for cancer patients and pediatric hemodialysis, according to the website.

In a statement posted online, the LWF said it regretted the US announcement on the hospitals, adding that funding for the facilities was critically important.

"The funding to the East Jerusalem Hospital Network is critical to ensure ongoing, lifesaving treatment for patients from the West Bank and Gaza," said Rev. Dr, Martin Junge, LWF general secretary. "We call on the US Administration and the U.S. Congress, in the spirit of the exemption introduced in the Taylor Force Act, and the international community to urgently address this critical situation to ensure that the lifesaving treatments can continue uninterrupted."

The Taylor Force Act is a law passed by Congress earlier this year that linked future U.S. funding to the Palestinian Authority (PA) to a demand that the PA end its policy of paying a stipend to "terrorists serving in Israeli prisons, as well as to the families of deceased terrorists." The law's proponents said the payments were an "incentive to commit acts of terror" -- but the law exempted US funding for East Jerusalem hospitals.

Last month, the U.S. also announced it was cutting all funding to the UNRWA, the U.N. agency that provides schools and healthcare services to more than five million Palestinian refugees, leaving the agency with a shortfall of $300 million.

The U.S. onslaught against the ICC is the latest challenge from the Trump administration to international institutions. This year alone it has left the U.N. Human Rights Council and threatened to pull out of the World Trade Organization. Last year the U.S. withdrew from the Paris climate agreement.