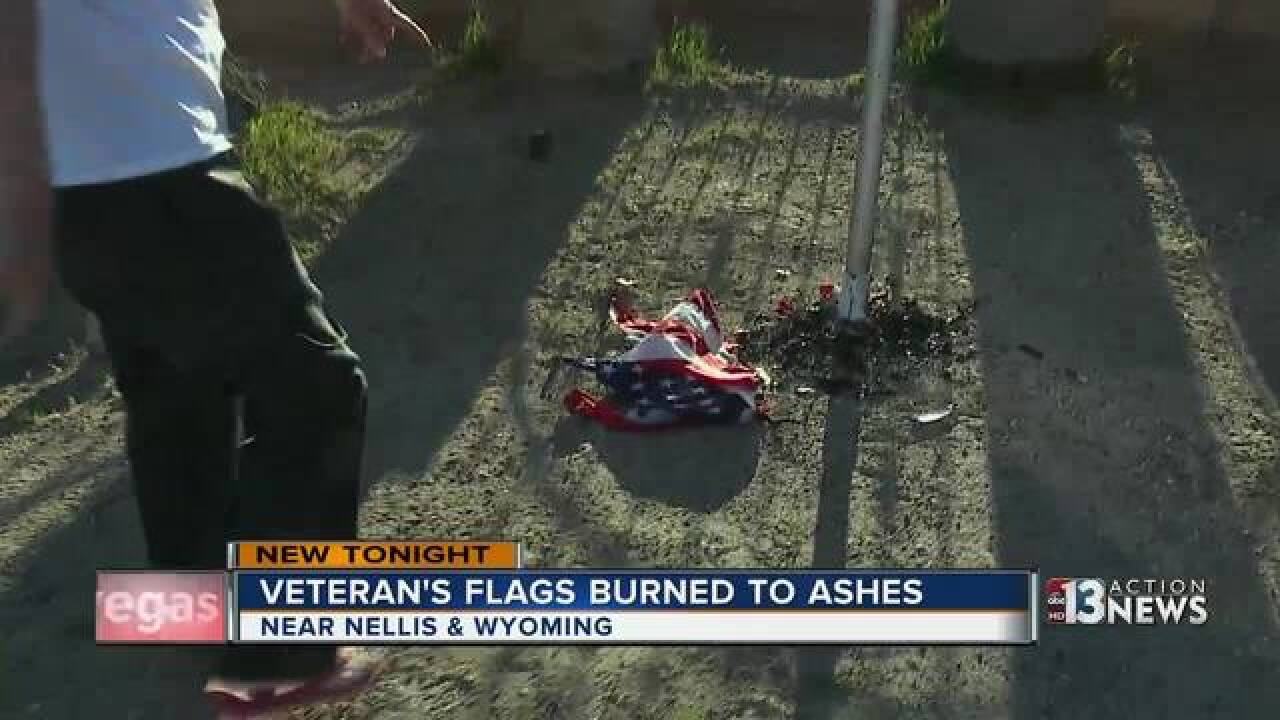 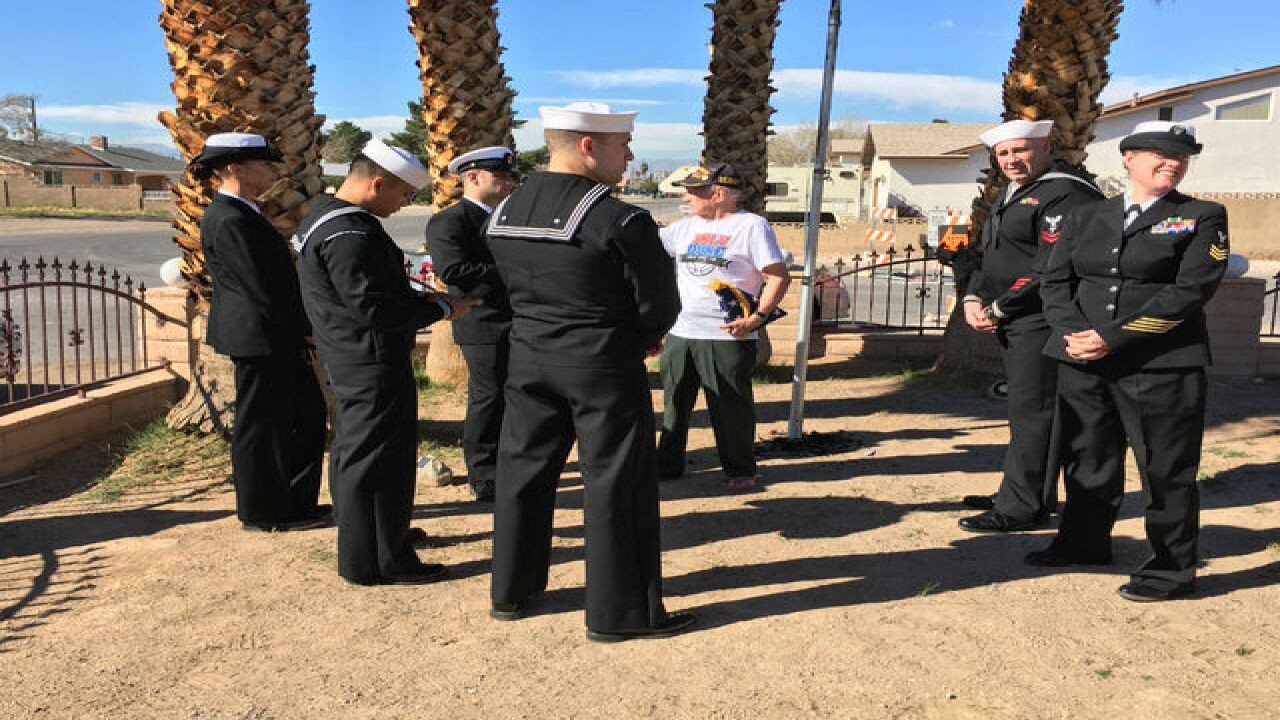 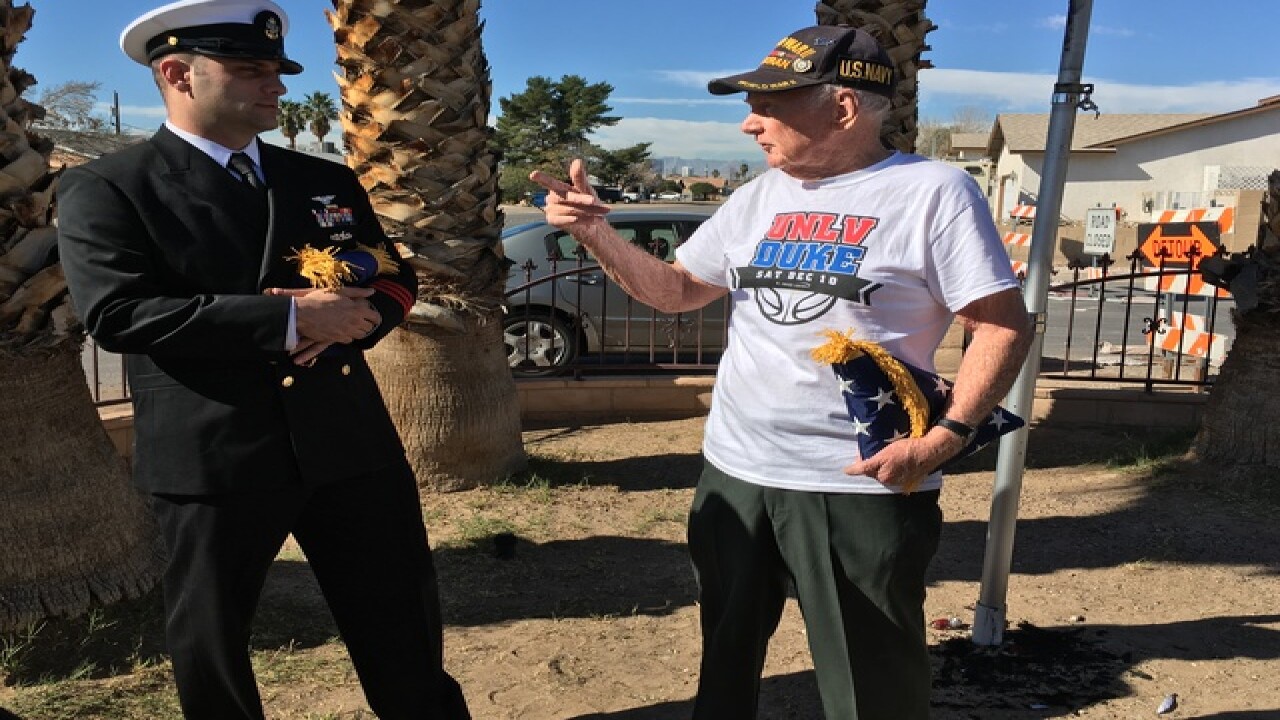 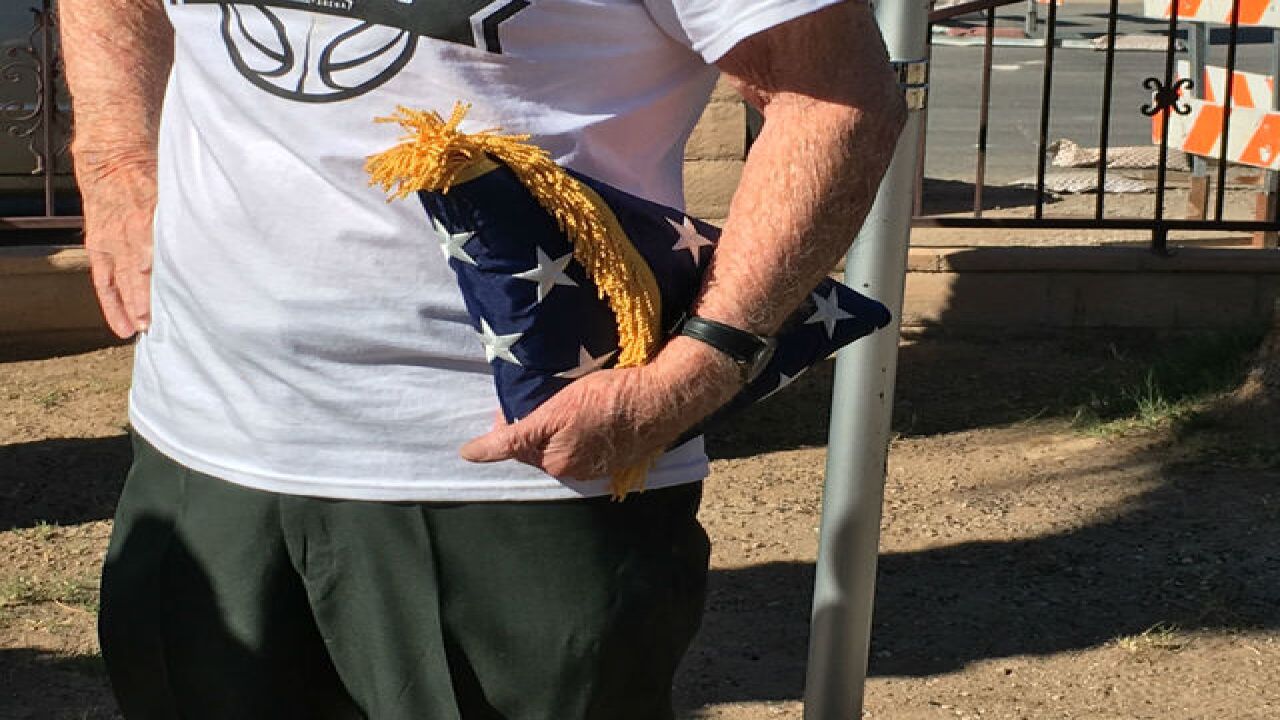 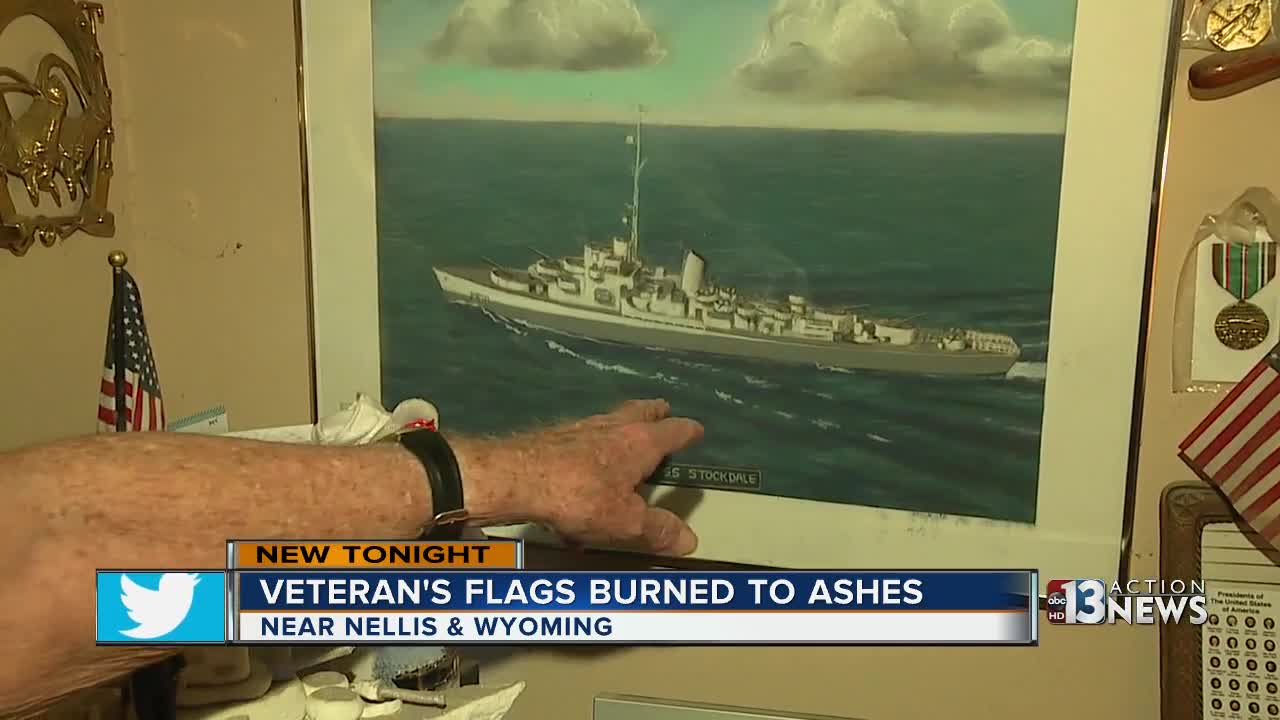 UPDATES: Dozens of members of the Las Vegas community, including a group of local members of the U.S. Navy, reached out to 13 Action News after they saw the story about William Barclay, wanting to replace his flags. On Thursday morning, Barclay received a special visit by the U.S. Navy, who presented him with new flags.

See photo gallery above for pictures.

LAS VEGAS (KTNV) -- A 92-year-old veteran is heartbroken after three of his American flags and a U.S. Navy flag were burned to ashes.

William Barclay says he went outside to let his dog go to the bathroom Wednesday morning when he noticed his U.S. Navy flag was burned to ashes and one of his American flags was in shreds. He also saw the two American flags flying on his car were burnt to ashes too.
"I picked up the flag like this and I said what the heck? What happened to my flag?"
Barclay was drafted into the Navy when he was 18 years old. He was a Signalman during World War II. That meant he was responsible for all messages via the American flag on his ship, the USS Stockdale.
"I handled the flag the whole two years I was there," he said.
Barclay's time served in the Navy explains why he flies his flags so high and why they mean so much to him. He can't understand why someone would burn them.
"What I'm mad about is all I went through with this American flag on my ship and then I come home and put it up and somebody does this to me."
Police told Barclay a group of people set multiple fires in the area in the early morning hours Wednesday.
Barclay hopes they get caught.
Copyright 2016 Scripps Media, Inc. All rights reserved. This material may not be published, broadcast, rewritten, or redistributed.