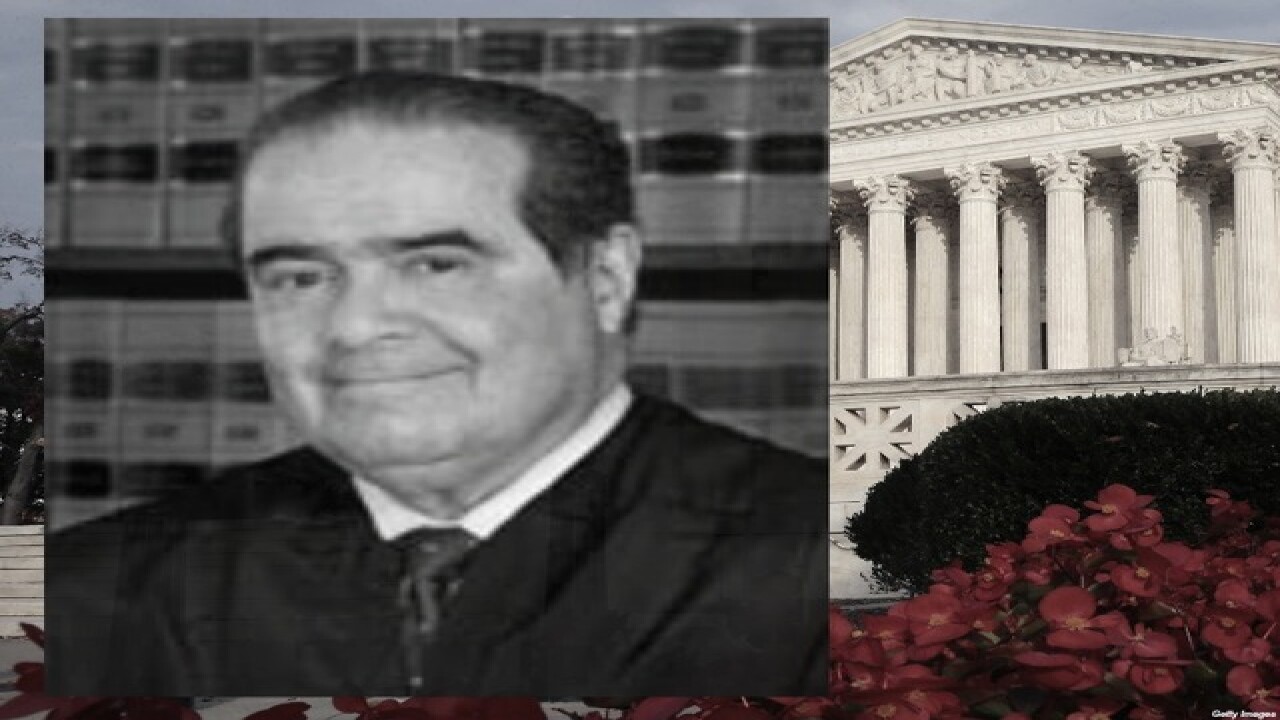 By: Associated Press
Posted at 3:45 PM, Feb 13, 2016
Antonin Scalia, the influential conservative and most provocative member of the Supreme Court, has died. He was 79 years old.
The U.S. Marshals Service in Washington confirmed Scalia's death at a private residence in the Big Bend area of South Texas.
The service's spokeswoman, Donna Sellers, says Scalia had retired for the evening and was found dead Saturday morning when he did not appear for breakfast.
Scalia used his keen intellect and missionary zeal in an unyielding attempt to move the court farther to the right and to get it to embrace his "originalist" view of judging after his 1986 appointment by President Ronald Reagan.
His 2008 opinion for the court in favor of gun rights was his crowning moment in more than 30 years on the bench.
He was a strong advocate for privacy in favoring restrictions on police searches and protections for defendants' rights. But he also voted consistently to let states outlaw abortions, to allow a closer relationship between government and religion, to permit executions and to limit lawsuits.
Scalia's impact on the court was muted by his seeming disregard for moderating his views to help build consensus.
Read Scalia's biography on the Supreme Court of the United States' website below:
"Antonin Scalia, Associate Justice, was born in Trenton, New Jersey, March 11, 1936. He married Maureen McCarthy and has nine children - Ann Forrest, Eugene, John Francis, Catherine Elisabeth, Mary Clare, Paul David, Matthew, Christopher James, and Margaret Jane. He received his A.B. from Georgetown University and the University of Fribourg, Switzerland, and his LL.B. from Harvard Law School, and was a Sheldon Fellow of Harvard University from 1960–1961. He was in private practice in Cleveland, Ohio from 1961–1967, a Professor of Law at the University of Virginia from 1967–1971, and a Professor of Law at the University of Chicago from 1977–1982, and a Visiting Professor of Law at Georgetown University and Stanford University. He was chairman of the American Bar Association’s Section of Administrative Law, 1981–1982, and its Conference of Section Chairmen, 1982–1983. He served the federal government as General Counsel of the Office of Telecommunications Policy from 1971–1972, Chairman of the Administrative Conference of the United States from 1972–1974, and Assistant Attorney General for the Office of Legal Counsel from 1974–1977. He was appointed Judge of the United States Court of Appeals for the District of Columbia Circuit in 1982. President Reagan nominated him as an Associate Justice of the Supreme Court, and he took his seat September 26, 1986."
Scripps Only Content 2015