The US is sending 5,000 troops to the border. Here's what they can and can't do 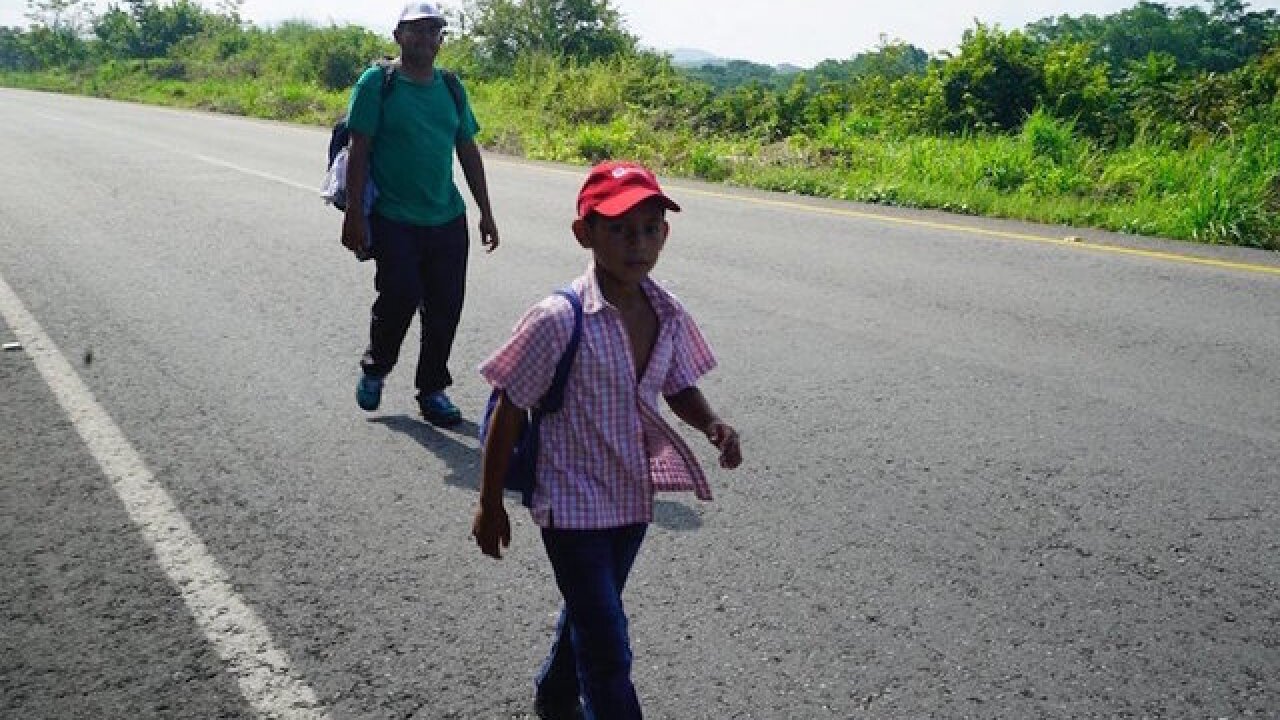 © 2018 Cable News Network, Inc.
Patrick Oppman/CNN
<p>Members of the migrant caravan on the road from Pijijiapan to Arriaga, Mexico on Friday. The 60 mile trek was one of the longest legs of the journey yet undertaken by the caravan and many of the caravan members said they were exhausted from the hours of walking in the hot sun.</p>

Defense Secretary James Mattis has authorized the deployment of more troops to the US-Mexico border, and  it may be as many as 5,000.

Forces will head to the border by the end of the month, a defense official said. It's a move aimed at sending a message as a migrant caravan makes its way through Mexico , bound for the US border, drawing the ire of President Trump.

But it's important to note that even though troops are involved, the military isn't bracing for battle.

Troops are not expected to come into contact with migrants, and they will be tasked with providing "mission-enhancing capabilities" along the southwest border, supporting US Customs and Border Protection's work there.

The caravan is likely weeks away from the US border. And legal restrictions limit what troops can do on US soil.

What isn't permitted? What can they do? And what questions are we still waiting for administration officials to answer?

What they can't do

For Border Patrol agents, arresting undocumented immigrants and drug trafficking suspects is part of their job description . But troops are limited in how much they can do to help .

There's a law that dates back more than a century known as "posse comitatus" that bars active-duty US troops from domestic law enforcement without authorization. Other laws and regulations have further clarified that troops can't participate in activities such as making arrests and conducting searches, according to a Congressional Research Service analysis .

So how far can they go? Past presidents haven't tested these boundaries and therefore courts haven't weighed in. The Trump administration so far has avoided questions about how exactly it interprets these restrictions.

Homeland Security Secretary Kirstjen Nielsen told Fox News on Friday that the military has "no intention" of shooting at anyone in the caravan, but she noted that officers of her agency and troops alike have the right to defend themselves.

In past US border operations, officials have said troops can't do the following:

What they can do

Details are still emerging about plans for this deployment. Friday, the Pentagon explained what the troops will provide:

• Aviation support to move US Customs and Border Protection personnel

• Medical teams to triage, treat and prepare for commercial transport of patients

Officials have said this is a separate operation from the National Guard's efforts to reinforce border security , and a defense official says that it's expected to end by mid-December.

A separate administration official on Friday said based on items laid out in a request from the Department of Homeland Security, the request would likely result in more than 1,000 troops being sent, but there's a likelihood that number could eventually be pared back.

Here's what we don't know yet -- and what we hope to find out as troops begin arriving at the border:

• Exactly how many troops will be deployed?

• Will they be armed?

• If so, what criteria will dictate when they can use their weapons?

• How much will this operation cost?