US forces may have committed war crimes, ICC prosecutors say 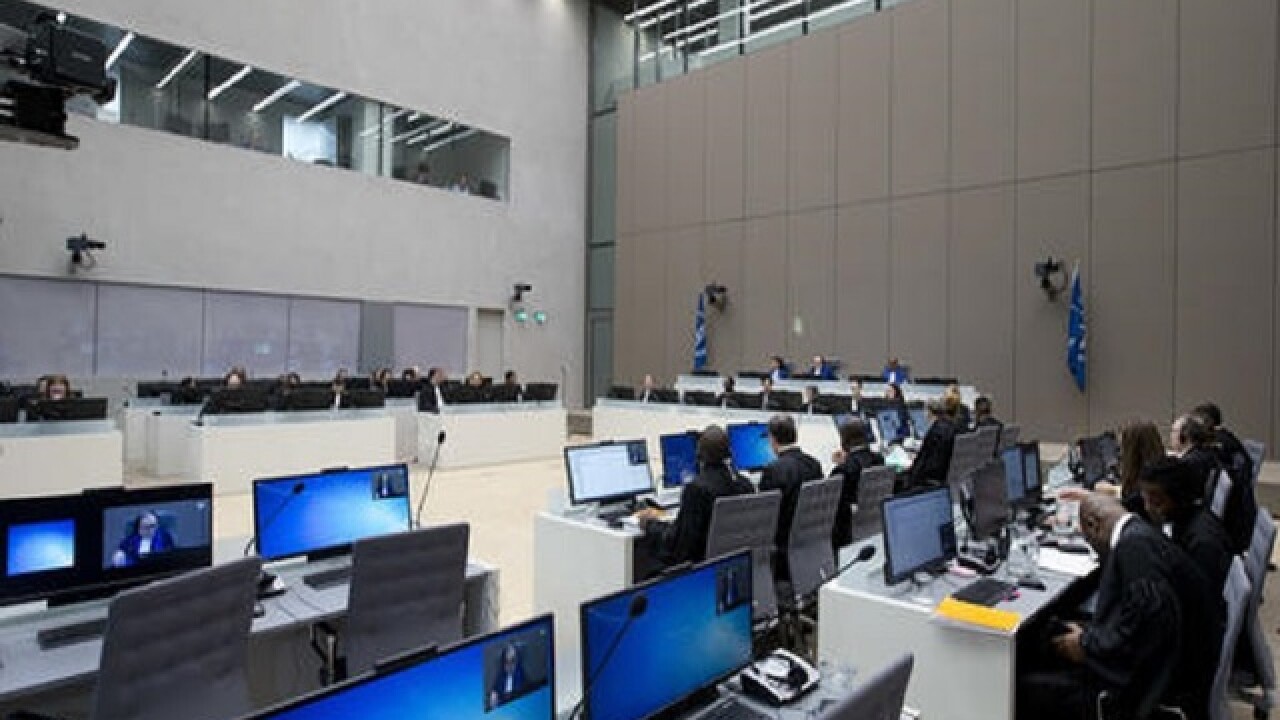 By: Associated Press
Posted at 8:43 PM, Nov 14, 2016
THE HAGUE, Netherlands (AP) — U.S. armed forces and the CIA may have committed war crimes by torturing detainees in Afghanistan, the International Criminal Court's chief prosecutor said in a report Monday, raising the possibility that American citizens could be indicted even though Washington has not joined the global court.
"Members of US armed forces appear to have subjected at least 61 detained persons to torture, cruel treatment, outrages upon personal dignity on the territory of Afghanistan between 1 May 2003 and 31 December 2014," according to the report issued by Prosecutor Fatou Bensouda's office.
The report added that CIA operatives may have subjected at least 27 detainees in Afghanistan, Poland, Romania and Lithuania to "torture, cruel treatment, outrages upon personal dignity and/or rape" between December 2002 and March 2008.
Most of the alleged abuse happened in 2003-2004, the report said.
Prosecutors said they will decide "imminently" whether to seek authorization to open a full-scale investigation in Afghanistan that could lead to war crimes charges.
A Pentagon spokesman, Navy Capt. Jeff Davis, said officials were awaiting more details about the ICC findings before commenting. The State Department had no immediate comment.
Established in 2002, the International Criminal Court is the world's first permanent court set up to prosecute war crimes, crimes against humanity and genocide. More than 120 countries around the world are members, but superpowers including the United States, Russia and China have not signed up.
Former U.S. President Bill Clinton signed the Rome treaty that established the court on Dec. 31, 2000, but President George W. Bush renounced the signature, citing fears that Americans would be unfairly prosecuted for political reasons.
Even though the United States is not a member of the court, Americans could still face prosecution at its headquarters in The Hague if they commit crimes within its jurisdiction in a country that is a member, such as Afghanistan, and are not prosecuted at home.
So far, all of the ICC's trials have dealt with crimes committed in Africa.
Prosecutors say investigations also are reportedly under way in Poland, Romania and Lithuania — all signatories to the Rome Statute — into possible crimes at CIA detention facilities in those countries.
The abuse allegations came in a wide-ranging annual report into the prosecution office's so-called preliminary examinations, which involve studying reports of possible crimes to establish if they fall under the court's jurisdiction.
The same report said that Taliban and Afghan government forces also may have used torture and committed other atrocities in that country's long and bitter conflict. The report says that the Taliban and its affiliates killed thousands of people and are suspected of committing war crimes including murder, recruiting and conscripting child soldiers and attacking civilians and humanitarian workers.
Referring to the alleged U.S. war crimes, the report said they "were not the abuses of a few isolated individuals. Rather, they appear to have been committed as part of approved interrogation techniques in an attempt to extract 'actionable intelligence' from detainees."
The report adds that, "The information available suggests that victims were deliberately subjected to physical and psychological violence, and that crimes were allegedly committed with particular cruelty and in a manner that debased the basic human dignity of the victims."
Before deciding to open a full-scale investigation, ICC prosecutors have to establish whether they have jurisdiction and whether the alleged crimes are being investigated and prosecuted in the countries involved. The ICC is a court of last resort that takes on cases only when other countries are unable or unwilling to prosecute.
The report noted that U.S. authorities have conducted dozens of investigations and court martial cases and says ICC prosecutors are seeking further clarifications on their scope before deciding whether any American cases would be admissible at the ICC.
After the Sept. 11, 2001, attacks, the administration of President George W. Bush allowed the use of waterboarding, which simulates drowning, and other so-called enhanced interrogation techniques against suspected terrorists. President Barack Obama banned such practices after taking office in 2009.
During the presidential campaign, Republican nominee Donald Trump suggested that as president he would push to change laws that prohibit waterboarding and other harsh interrogation techniques, arguing that banning them puts the U.S. at a strategic disadvantage against Islamic State militants.
Copyright 2016 The Associated Press. All rights reserved. This material may not be published, broadcast, rewritten or redistributed.