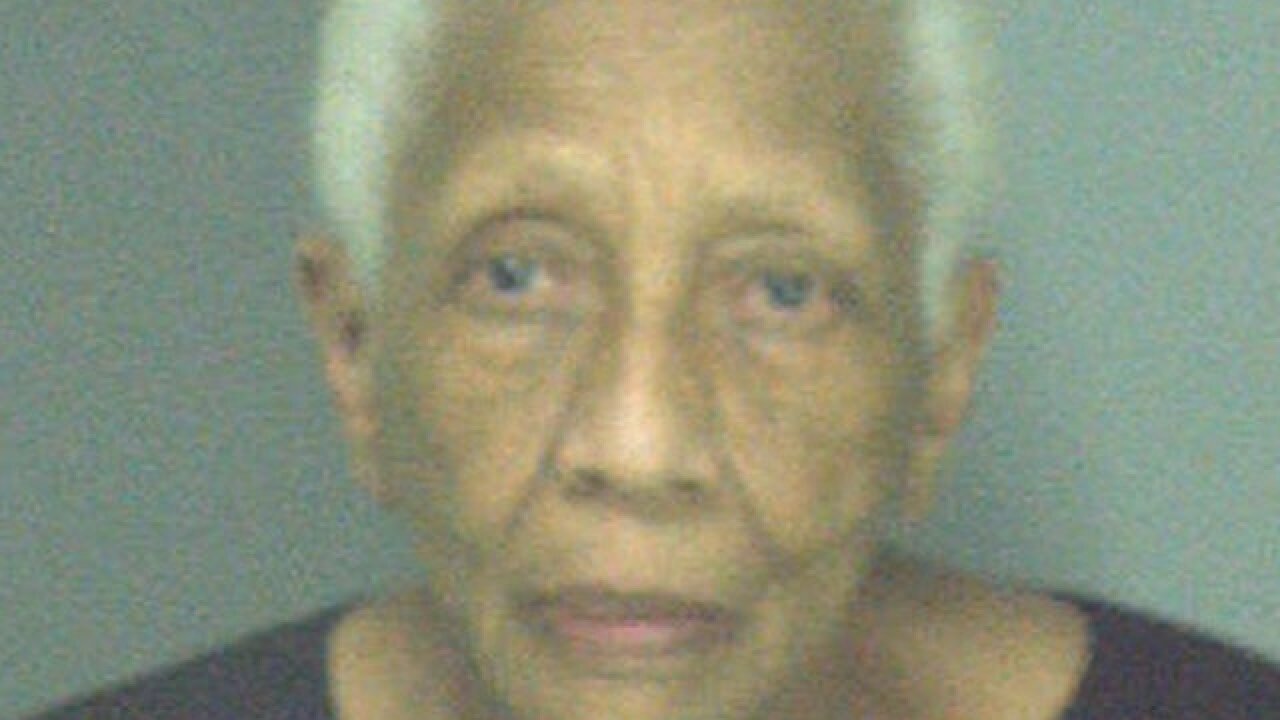 (CNN) -- Doris Payne says she does it for the thrill.

In a 2013 documentary, "The Life and Crimes of Doris Payne," the unrepentant jewel thief boasted of stealing at least $2 million in bling around the world, from the US to Paris, Monaco and Tokyo.

"I don't have any regrets about stealing jewelry," she says in the film's trailer. "I regret getting caught."

A background check reveals 10 run-ins with the law in four US states dating back to 1992. The documentary contains mugshots and arrest records from 1965.

Now, at 86, she has another line on her rap sheet.

Payne was on probation at the time of her arrest for a 2014 jewelry theft at another Atlanta mall, her California-based lawyer Gretchen Von Helms said.

Payne told the Los Angeles Times in 2008 that she stole her first diamond when she was in her twenties and became hooked.

She steals because she can, Von Helms said. Her advanced age and diminutive appearance betray her cunning.

In recent years she has avoided lengthy sentences because of her age and declining health, Von Helms said. She also has benefited from laws in some states that spare non-violent offenders time.

"Aside from her activities she is a wonderful person with a lot of fun stories," the lawyer said.

Shopkeepers and law enforcement may not see it that way.

The lawyer began representing Payne in 2010, when she was arrested in San Diego for stealing an expensive ring from Macy's, Von Helms said.

Lawyer: She never hurts anybody

Surveillance video showed employees on their hands and knees searching for the ring, believing she had dropped it, Von Helms said.

Von Helms said A judge gave her the maximum sentence, five years, telling her she was like the Terminator, who famously remarked "I'll be back." She served two and a half before returning to Los Angeles.

"She never hurts anybody. She is not forceful," Von Helms said.

She didn't stay out of trouble for long. In 2013 she stole a 12-carat white gold ring from a Palm Springs, California, jewelry store and pawned it. Prosecutors agreed to a year-and-a-half prison sentence because of her age and illness, Von Helms said.

At least one more arrest in North Carolina preceded the Georgia incidents, according to a background check.

"I continue to represent her because she is my client and I enjoy her," the lawyer said. "She is elderly and ill, and everyone has a right to be represented."