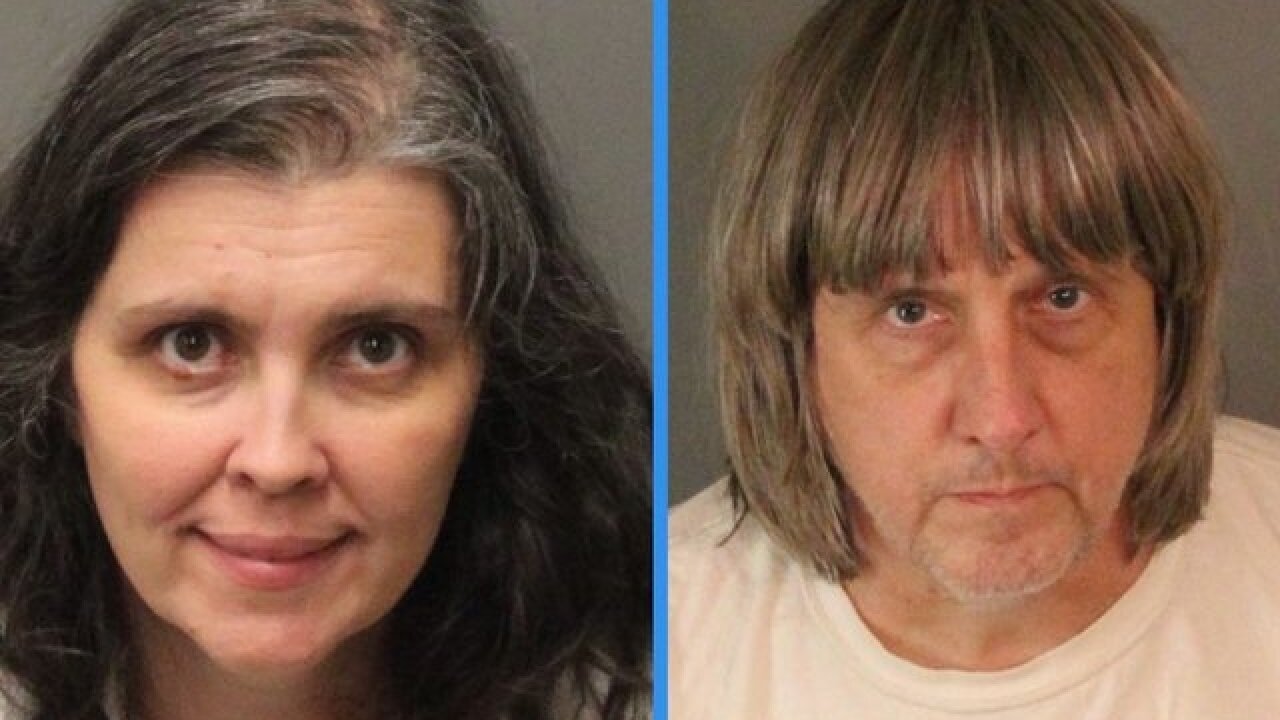 When authorities arrived Sunday night to a home in the California town of Perris, they found a family with 13 children, most of them starved and startlingly skinny.

The parents, David and Louise Turpin, were arrested and now face more than 35 charges each that include torture of their children. The Turpins pleaded not guilty on all counts.

The children -- seven adults, six kids -- are in the hospital, recovering from years of alleged abuse and neglect.

The dogs are at a shelter, and authorities plan to find a new home for them as a pair.

The dogs will get a new home on February 5 when the winners of a raffle, open to locals only, are announced.

City residents will need to apply in the next week and be prepared to have their homes checked out.

Vargo said the dogs -- a black one named Fluffy and a white one with no known name -- bark and wag their tails when they meet people and look pretty happy.

The dogs will get their shots and be spayed before being adopted out.

Authorities have accused the elder Turpins, whose children are between 2 and 29 years old, of beating, choking and tying most of the siblings up as punishment. Prosecutors have not alleged the 2-year-old was tortured. The parents allegedly deprived the children of water and fed them small portions of food on a strict schedule.

The 29-year-old child weighs just 82 pounds, prosecutors said and the other children are so thin they all look younger than their actual ages, authorities said.