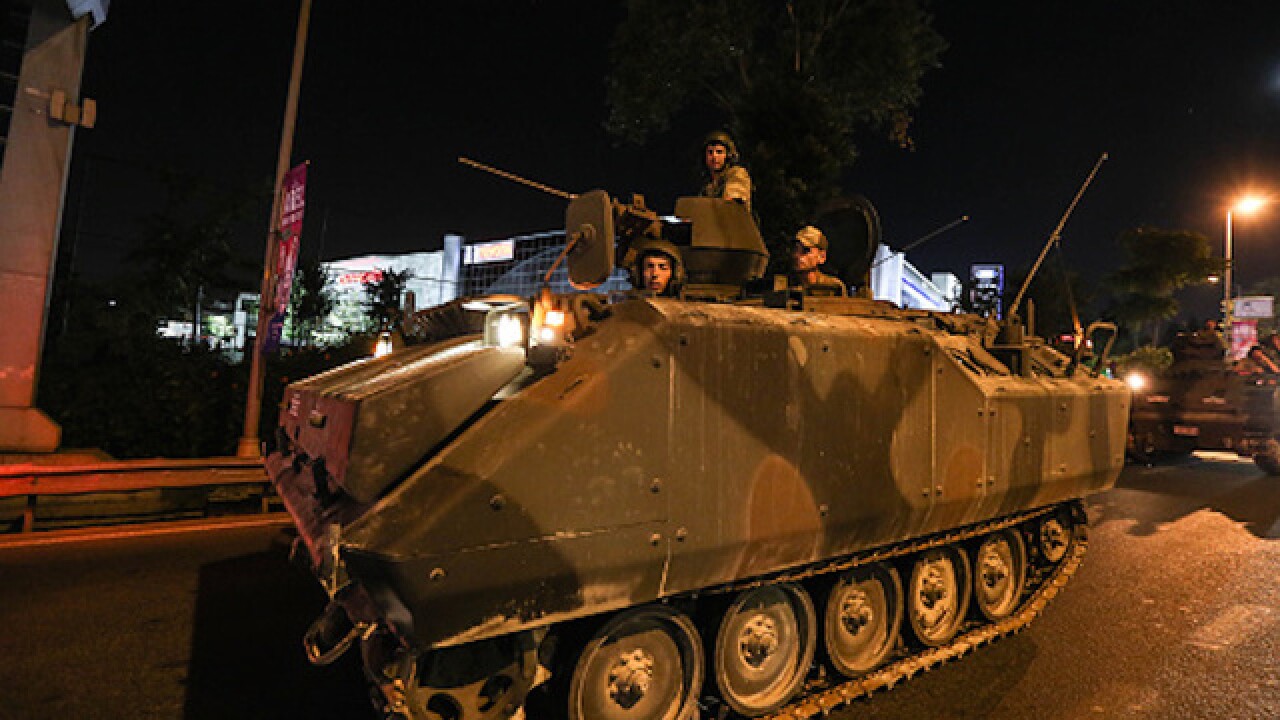 Copyright 2018 Scripps Media, Inc. All rights reserved. This material may not be published, broadcast, rewritten, or redistributed.
Defne Karadeniz
ISTANBUL, TURKEY - JULY 16: Turkish Armys APC's move in the main streets in the early morning hours of July 16, 2016 in Istanbul, Turkey. Istanbul's bridges across the Bosphorus, the strait separating the European and Asian sides of the city, have been closed to traffic. Reports have suggested that a group within Turkey's military have attempted to overthrow the government. Security forces have been called in as Turkey's Prime Minister Binali Yildirim denounced an 'illegal action' by a military 'group', with bridges closed in Istanbul and aircraft flying low over the capital of Ankara (Photo by Defne Karadeniz/Getty Images)

Anadolu Agency also says the government has decided to close down dozens of media organizations, including 45 newspapers and 16 television stations.

The government says a U.S.-based Muslim cleric is behind the failed uprising by a faction within the military that led to some 290 deaths on July 15. Thousands have been detained for suspected links to the coup. Tens of thousands have also been purged from state institutions.