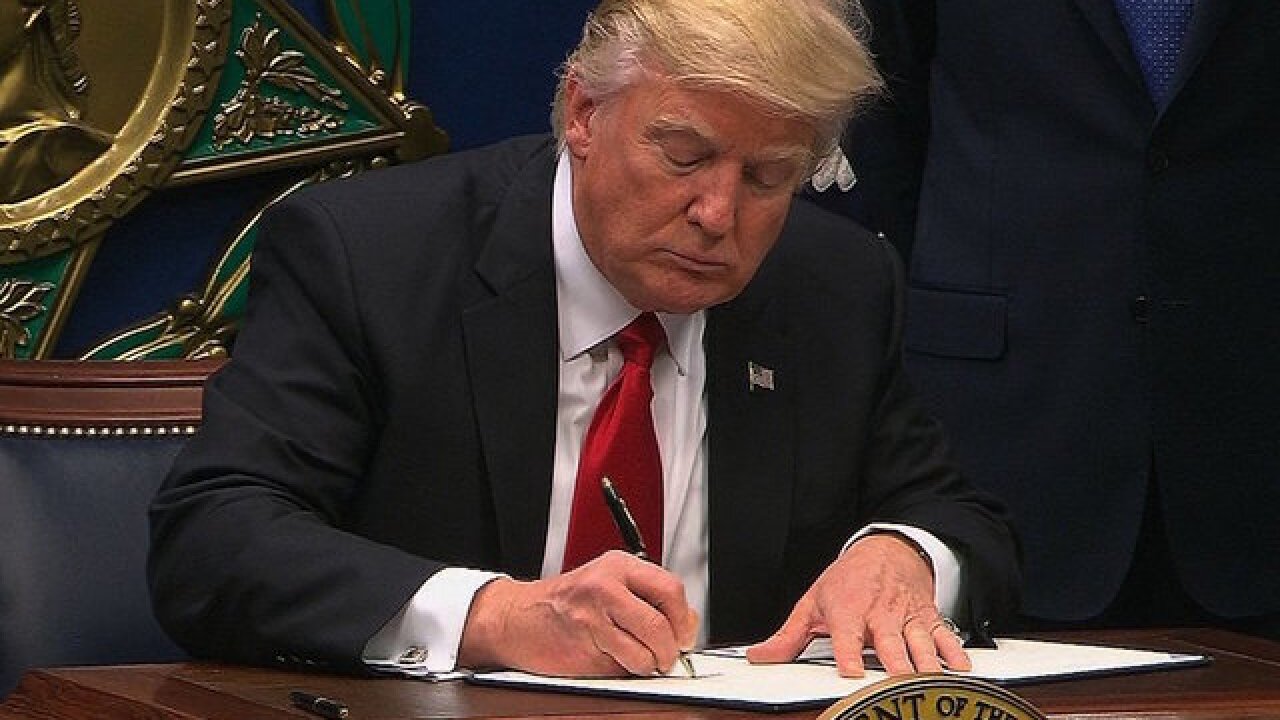 © 2017 Cable News Network, Inc.
CNN
<p>President Donald Trump took executive action on January 27, curbing access visas and limiting refugees coming to the US. The executive action is called "Protection of the nation from foreign terrorist entry into the United States," which institutes what the President has called "extreme vetting" of immigrants.</p>

Speaking from his Mar-a-Lago resort in Florida, President Donald Trump announced he has selected Lieutenant General H.R. McMaster to be his new national security adviser. McMaster replaces Michael Flynn, who was asked to resign last week amid reports that Flynn lied to Vice President Mike Pence about the nature of conversations he had with Russian officials.

"He is a man of tremendous talent and tremendous experience, and I have read a lot over the last two days, he is highly respected in the military," Trump said.

Since 2014, McMaster has served as the Director of the Army Capabilities Integration Center and Deputy Commanding General, Futures, U.S. Army Training and Doctrine Command.