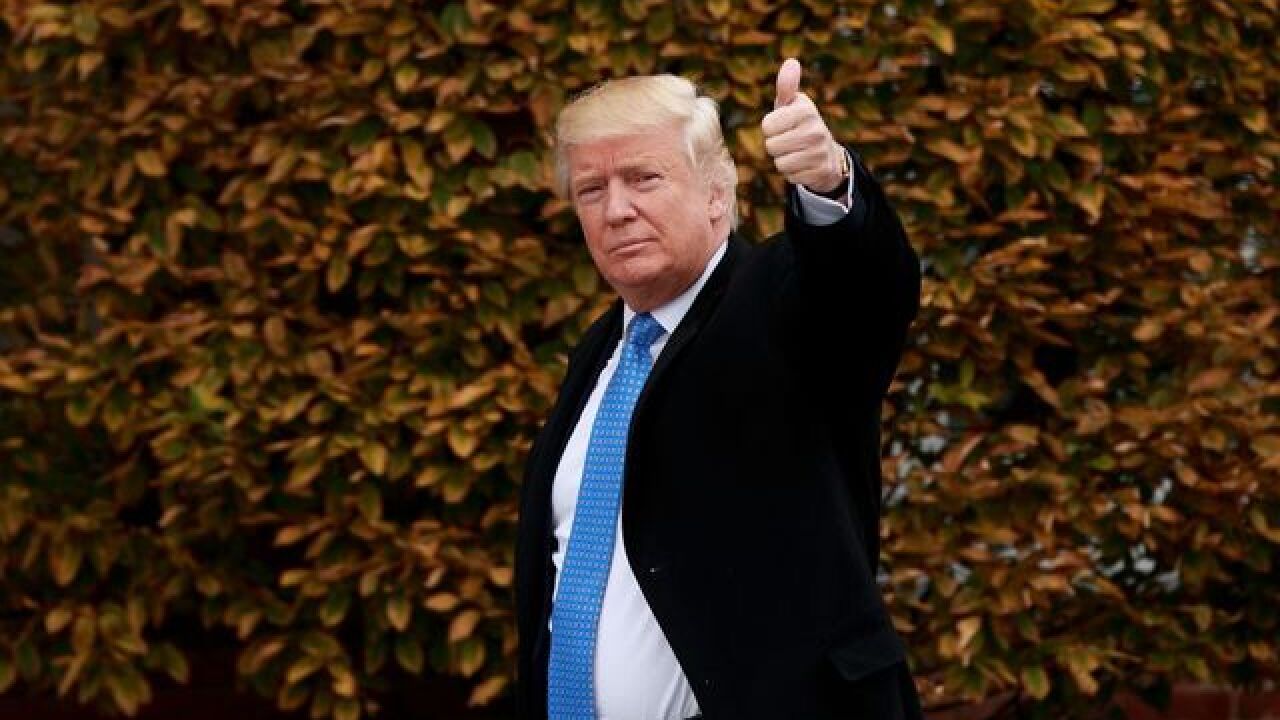 "In order to succeed in our defense policy, we must have the right person to lead in our Defense Department," he said. "This is why I am proud to formally announce today my intention to nominate General James "Mad Dog" Mattis as the next Secretary of Defense for the United States of America."

Mattis thanked the audience and Trump in brief remarks sandwiched in between comments from the President-elect.

"Thank you President-elect for the confidence that you've shown in me ... I look forward to being the civilian leader so long as the Congress gives me the waiver and the Senate votes to content."

The rally was a chance for Trump to visit a battleground state that was key to his upset election win last month. He spent much of the speech --- delivered in the hometown of Fort Bragg --- pledging to preside over a strong military that would engage in fewer overseas conflicts. Trump spotlighted the veterans in attendance, promising to end the defense sequester budget cuts, and highlighting nearby military installations.

Trump also spotlighted the veterans in attendance, promising to end the defense sequester budget cuts, and highlighting nearby military installations.

"These patriots have shed their blood to defend our country," Trump said, reading from a Teleprompter. "Our debt to them is eternal and everlasting ... we salute their sacrifice and we salute the flag they fought to protect."

Trump also alluded to his comments last week where he suggested people who burn the US flag should be jailed or lose their citizenship. Trump did not appear to go as far Tuesday.

Republican North Carolina Gov. Pat McCrory was among those in the audience -- in the wake of conceding his bid for reelection to Democrat Attorney General Roy Cooper on Monday, pledging to help with transition efforts after nearly a month of demanding a recount.

Trump's post-election rallies have a similar tone and format to the prominent campaign rallies he hosted in the Republican presidential primary -- filled with vocal and passionate supporters and also regularly surrounded and interrupted by protests.

While some of Trump's later events featured a teleprompter and scripted remarks, the Republican presidential nominee often engaged in unscripted moments to weigh in on news of the day and interact with audience members. In the final days of the campaign, Trump did several rallies in different states each day.

Trump is also set to visit Iowa and Michigan for additional stops on his tour later this week.