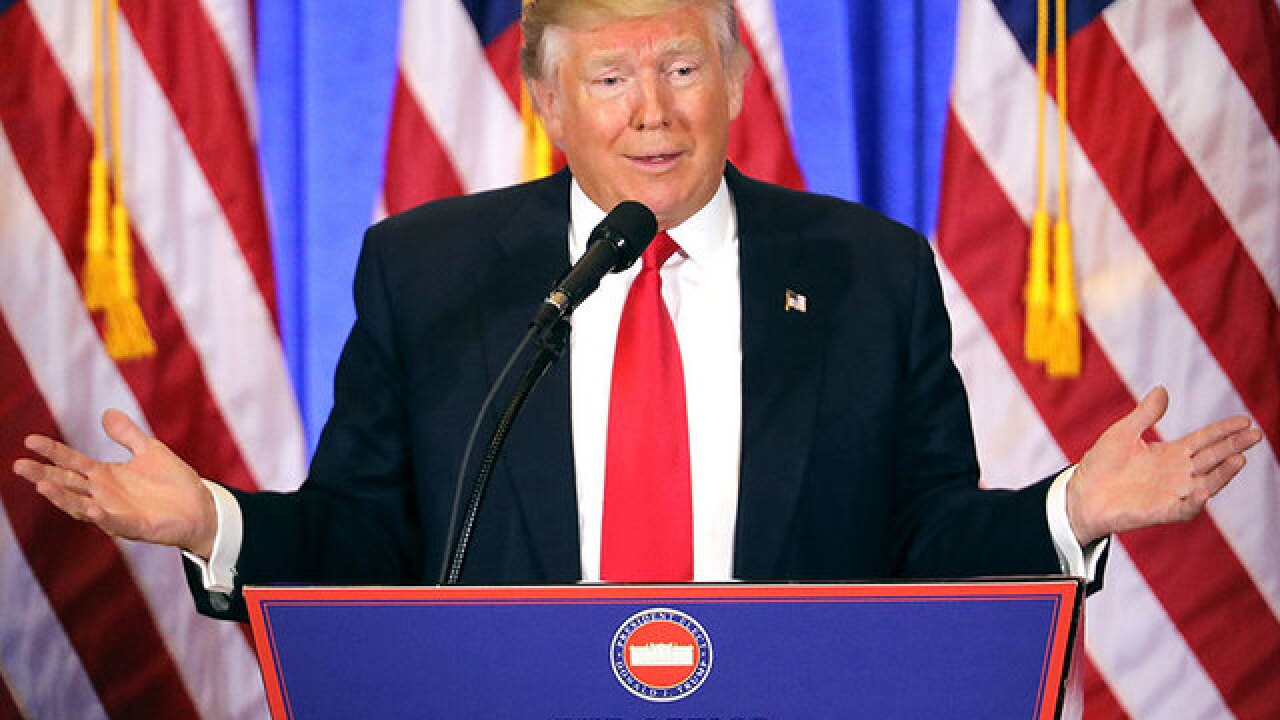 By: CNN
Posted at 6:42 PM, Jan 15, 2017
(CNN) -- President-elect Donald Trump in an interview suggested that his pledge to tighten immigration restrictions could be extended to European nations, according to a Bild transcript translated by CNN from German.
Trump reiterated plans to implement what he calls "extreme vetting" of people from the Muslim world. When asked if he would impose similar restrictions on Europe, the President-elect was noncommittal.
"That could happen. But we will see," he said.
The interview, conducted on Friday by Bild and the Times of London, covered a wide range of international questions and conflicts. Michael Gove, one of the former leaders of UK's Brexit campaign, which Trump often praised during the election season, conducted the interview for The Times.
Asked why he though the Brexit campaign was successful, Trump blamed loose borders and concerns about the effects of immigration. He also tied it to US security concerns.
"We don't want people from Syria to come to us when we don't know who they are," Trump said, pledging immediate action to tighten American border controls.
According to the interview posted by the Times of London, Trump also criticized the Obama administration's response to the civil war in Syria, suggesting it missed an opportunity to head off what has become a humanitarian catastrophe.
"It's a very bad thing, we had a chance to do something when we had the line in the sand and . . . nothing happened. That was the only time. And now, it's sort of very late. It's too late," he said. "But Aleppo was nasty. I mean when you see them shooting old ladies walking out of town -- they can't even walk and they're shooting 'em -- it almost looks like they're shooting 'em for sport. Ah no, that's . . . a terrible situation."
The government of German Chancellor Angela Merkel, who will run for a fourth term in elections this year, has been among the most open to Syrian refugees -- and Trump suggested those policies have been a "big mistake."
Asked whom he trusted more, Merkel, a longtime US ally, or Russian President Vladimir Putin, Trump called it a draw -- at least for now.
"I start off trusting both, but let see how long that lasts," he said. "May not last long at all."
The-CNN-Wire
™ & © 2017 Cable News Network, Inc., a Time Warner Company. All rights reserved.
Copyright 2017 Scripps Media, Inc. All rights reserved. This material may not be published, broadcast, rewritten, or redistributed.