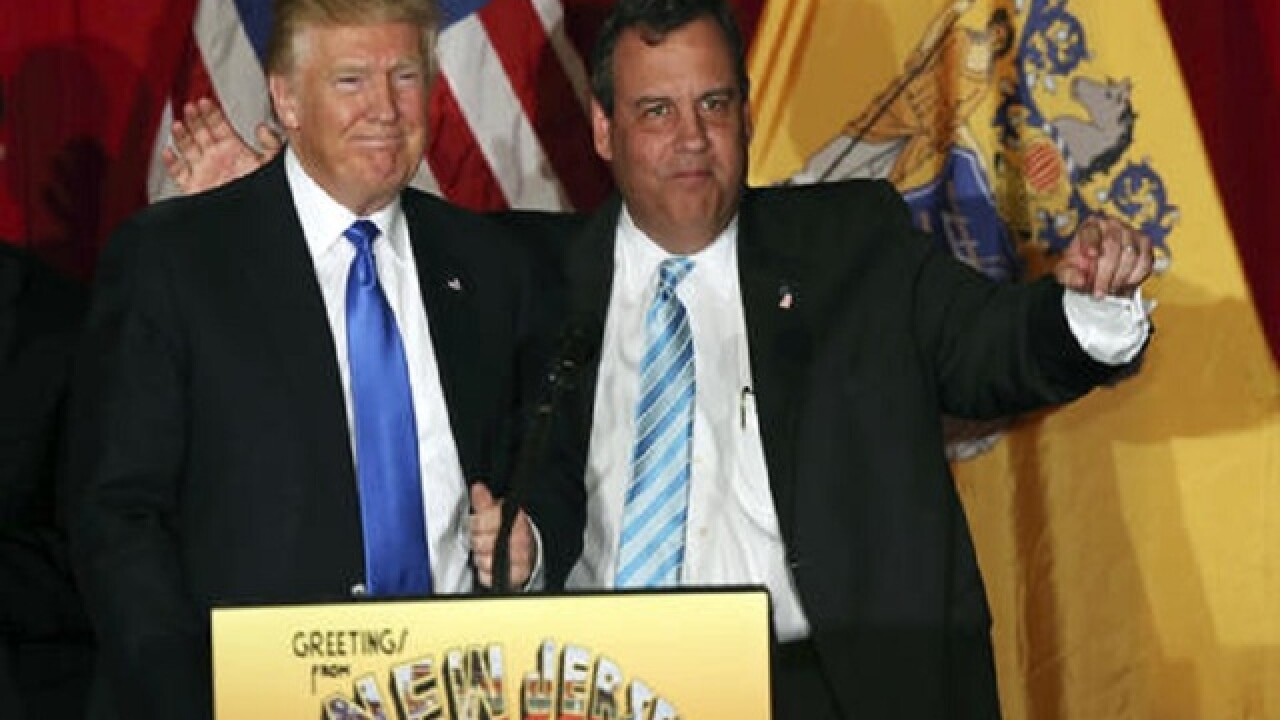 LAWRENCEVILLE, N.J. (AP) — Donald Trump, the presumptive Republican nominee for president, delivered a thank-you gift Thursday to the man who arguably risked the most to endorse him: New Jersey Gov. Chris Christie.
Trump held a fundraiser that he claimed would pay off the entirety of Christie's debt from his presidential campaign.
The fundraiser, held at the National Guard Armory in Lawrenceville, New Jersey, had all the trappings of a typical Donald Trump rally: big flags, barricades to corral the press, a soundtrack filled with Elton John and the Rolling Stones. The only thing missing was Trump's usual overflow crowd.
Christie, flanked by his wife and three of his four children, said he hoped the state's June 7 primary would provide the votes and delegates to put Trump "officially over the top as the Republican nominee for president of the United States."
Chris Christie | InsideGov
Christie noted the two had once been rivals, but said he'd decided to endorse the business mogul because of their personal friendship. He said he told his wife: "We never ever make a mistake by standing with your friend. And Donald Trump is my friend."
Christie ended his presidential bid after a disappointing showing in New Hampshire and became one of Trump's highest-profile backers with a surprise endorsement in February. Trump has appointed Christie to chair his White House transition efforts and his name is often raised as a potential vice presidential pick.
Trump took the stage after Christie and announced that the event — a $200-per-head fundraiser that attracted about 1,000 people — had retired the bulk of Christie's roughly $250,000 presidential campaign debt.
"You know, Chris paid off his entire campaign debt tonight, right? His entire debt," said Trump.
"And Chris, you can't even give him a table and a seat? That's terrible," he joked. Trump turned his head back as if to acknowledge Christie, but the governor — who was mercilessly mocked once for his expression while standing behind Trump — had already left the stage.
Trump delivered his usual stump speech, with some local flourishes thrown in. While Trump usually reads off negative statistics on the economy of the place he's visiting, his stats Thursday sounded like Christie talking points, touting the state's economic improvements.
He also recounted a debate in which Christie had put Florida Sen. Marco Rubio in his place. "He looked like Perry Mason that evening," Trump recalled.
At one point, though, Trump made a joke that appeared to be at Christie's expense when he noted that he is boycotting Nabisco for offshoring jobs.
"I'm not eating Oreos anymore. Neither is Chris. You're not eating Oreos, are you? It's for either of us," he said, drawing loud laughs from the crowd.
Trump also noted the crash of an EgyptAir jet in the Mediterranean Sea early Thursday: "What just happened about 12 hours ago? A plane got blown out of the sky. And if anybody thinks it wasn't blown out of the sky, you're 100 percent wrong."
Egyptian and Russian officials have said the plane may have been brought down by terrorists, but an investigation is only just beginning, with no cause yet identified.
The event also included a $25,000-per-person fundraiser for the state GOP to help it pay off about $500,000 incurred in legal fees responding to legislative subpoenas in the 2013 George Washington Bridge scandal. State party officials said they didn't immediately have a tally of how much either event had raised.
Earlier Thursday, Trump's campaign announced the promotion of senior campaign aide Paul Manafort.
Manafort, who was brought on by Trump at the end of March to serve as convention manager, will now hold the title of campaign chairman and chief strategist, spokeswoman Hope Hicks confirmed Thursday.
Associated Press 2016