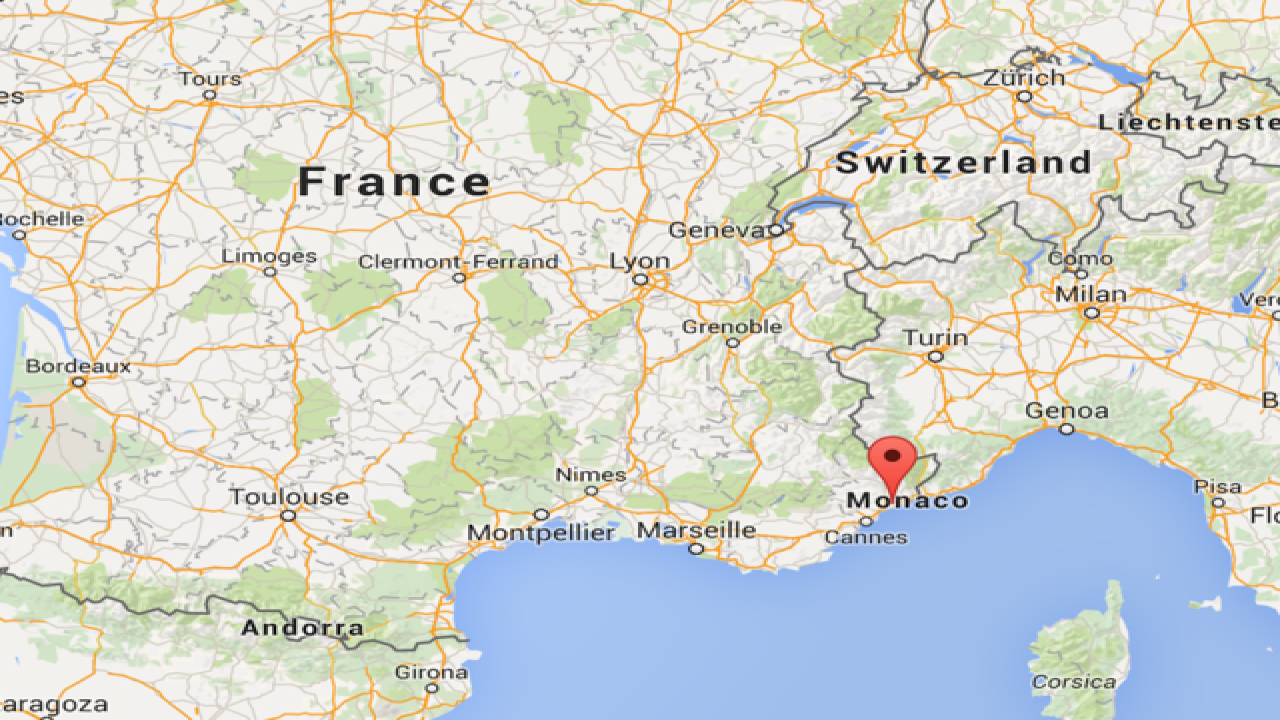 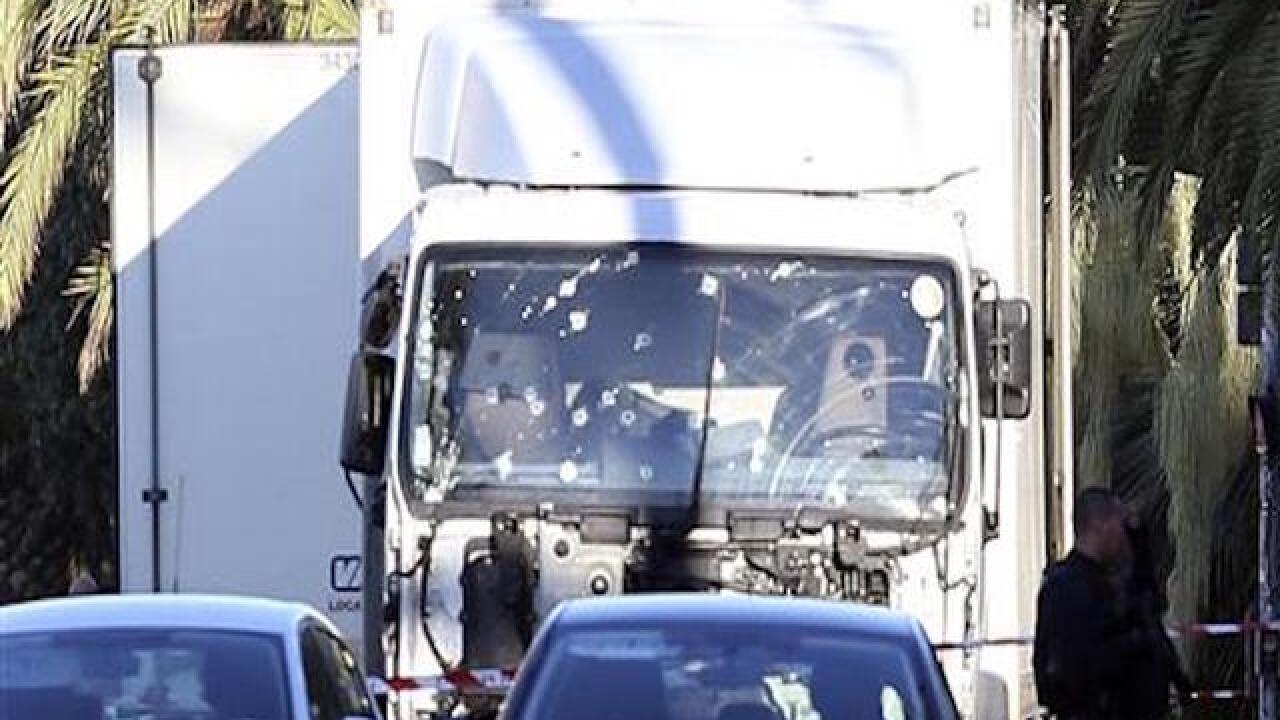 NICE, France (AP) — The Paris prosecutor says 202 people were wounded in the Nice truck attack, with 25 on life support and 52 in critical condition.

A Tunisian living in France drove a large truck through crowds celebrating Bastille Day along Nice's beachfront, killing at least 84 people, many of them children, according to police and hospital officials. The slaughter ended only after police killed the armed attacker in a hail of bullets.

French leaders on Friday extended the country's 9-month-old state of emergency and vowed to deploy thousands of police reservists on the streets after Thursday night's massacre of pedestrians leaving a fireworks display for France's independence day.

Video shot by bystanders shows the truck coming under police gunfire as it drives through an intersection into the pedestrian promenade. Crowds flee in panic, taking shelter in shops, hotels or leaping off the elevated pavement onto the beach below. Police finally surround the stationary truck and fatally shoot its driver.

Police identified the attacker as Mohamed Bouhlel, a 31-year-old Nice resident, and said he had drawn a gun on them. The truck's front windshield was riddled with bullets.

Video footage showed the truck driving slowly down the southern French city's famous, palm tree-lined Promenade des Anglais boulevard, which had been sealed off and turned into a pedestrian-only party zone.

Obama reacts to attacks on Nice

German tourist Richard Gutjahr filmed the moment when an unidentified motorcyclist rode alongside the truck and grabbed hold of the driver's door as two other police officers on foot nearby fired a single shot each at the driver's windscreen. But the truck accelerated through an intersection into screaming crowds, where Gutjahr could hear the final confrontation involving 15 to 20 seconds of gunfire.

"Police were everywhere in town for the day. They clearly saw he was a danger, because that truck should never have been on the road," said Gutjahr, who took cover as police started shooting because he feared the truck might contain a bomb.

"France was struck on the day of its national holiday, July 14, the symbol of liberty," French President Francois Hollande said as he denounced "this monstrosity."

Hollande said it was not clear whether the driver had accomplices. The Paris prosecutor's office opened an investigation for "murder and attempted murder in an organized group linked to a terrorist enterprise."

No group has claimed responsibility for the carnage, but French officials called it an undeniable act of terror. The assault on revelers rocked a nation still dealing with the aftermath of two attacks in Paris last year that killed 147 people and were claimed by the Islamic State extremist group.

"Terrorism is a threat that weighs heavily upon France and will continue to weigh for a long time," Prime Minister Manuel Valls said after Hollande called an emergency government meeting Friday. "We are facing a war that terrorism has brought to us. The goal of terrorists is to instill fear and panic. And France is a great country, and a great democracy, that will not allow itself to be destabilized."

Hollande and Valls rushed to Nice, 690 kilometers (490 miles) south of Paris, to offer their condolences after the emergency meeting. They visited wounded people in two hospitals, including a facility where officials said they had treated about 50 children and teenagers for a wide range of injuries.

Hollande told reporters Friday that about 50 people were still "between life and death" after the attack.

Politicians said the truck knocked over and crushed pedestrians over a distance of two kilometers (1 ¼ miles). Broadcast footage showed a scene of horror along Nice's famous promenade, with broken bodies splayed on the asphalt, some piled near one another, others bleeding onto the roadway or twisted into unnatural shapes.

The regional president, Christian Estrosi, told BFM TV that "the driver fired on the crowd, according to the police who killed him." He said more than 10 children were among the dead, which also included two Americans, Moroccans and Armenians and one person each from Russia, Switzerland and Ukraine.

Some people tried to escape into the water when they saw the careening truck, according to Eric Ciotti, a lawmaker who represents Nice.

"A person jumped onto the truck to try to stop it," Ciotti told Europe 1 radio. "It's at that moment that the police were able to neutralize this terrorist. I won't forget the look of this policewoman who intercepted the killer."

Flags were lowered to half-staff in Nice, Paris, Brussels and many capitals across Europe. Hollande announced a three-month extension to the state of emergency imposed after the Nov. 13 attacks on Paris that killed 130 victims and the government declared three days of national mourning to begin Saturday.

Estrosi said some of the city's 1,200 security cameras had pinpointed the moment the attacker boarded the truck, far from the seaside "in the hills of Nice" and could follow his path to the promenade. Estrosi called for the investigation to focus on any accomplices.

"Attacks aren't prepared alone. Attacks are prepared with accomplices," Estrosi said. "There is a chain of complicity. I expect it to be unveiled, discovered and kept up to date."

France has lived with soldiers in the streets since the Nov. 13 attacks in Paris, and much of the country experienced increased security during the monthlong European football championship that concluded July 10.

Damien Allemand, a journalist for the Nice-Matin newspaper who was at the waterside, said the fireworks display had finished and the crowd had got up to leave when they heard a noise and cries.

"A fraction of a second later, an enormous white truck came along at a crazy speed, turning the wheel to mow down the maximum number of people," he wrote in an online account. "I saw bodies flying like bowling pins along its route. Heard noises, cries that I will never forget."

On video, one person could be heard yelling, "Help my mother, please!" A pink girl's bicycle was overturned by the side of the road.

Hollande said, despite the attack, France would bolster its presence in Iraq and Syria, where he said earlier that military advisers would be on the ground to help Iraqis take back the Islamic State stronghold of Mosul.

In Washington, the U.S. State Department confirmed that two Americans were among the dead and President Barack Obama condemned what "appears to be a horrific terrorist attack."

Sean Copeland, 51, and his son Brodie, 11, of Lakeway, Texas, were on a European summer vacation that began with the running of the bulls in Spain.

"We are heartbroken and in shock over the loss of Brodie Copeland, an amazing son and brother who lit up our lives, and Sean Copeland, a wonderful husband and father," the Copeland family said in a statement. "They are so loved."

European Council President Donald Tusk said it was a "tragic paradox" that the victims of the attack in Nice were celebrating "liberty, equality and fraternity"— France's motto — on the country's national day.

France, one of the world's top tourist destinations, has long known it is a top target for the Islamic State group. In September 2014, then-IS spokesman Abu Mohammed al-Adnani referred to "the filthy French," telling Muslims within the country to attack them in any way they could, including "crush them with your car."

France is also Islamic State's biggest source for European recruits. Nice itself was home to a prolific producer of French-language jihadist recruitment videos, Omar Omsen, who is now fighting in Syria.