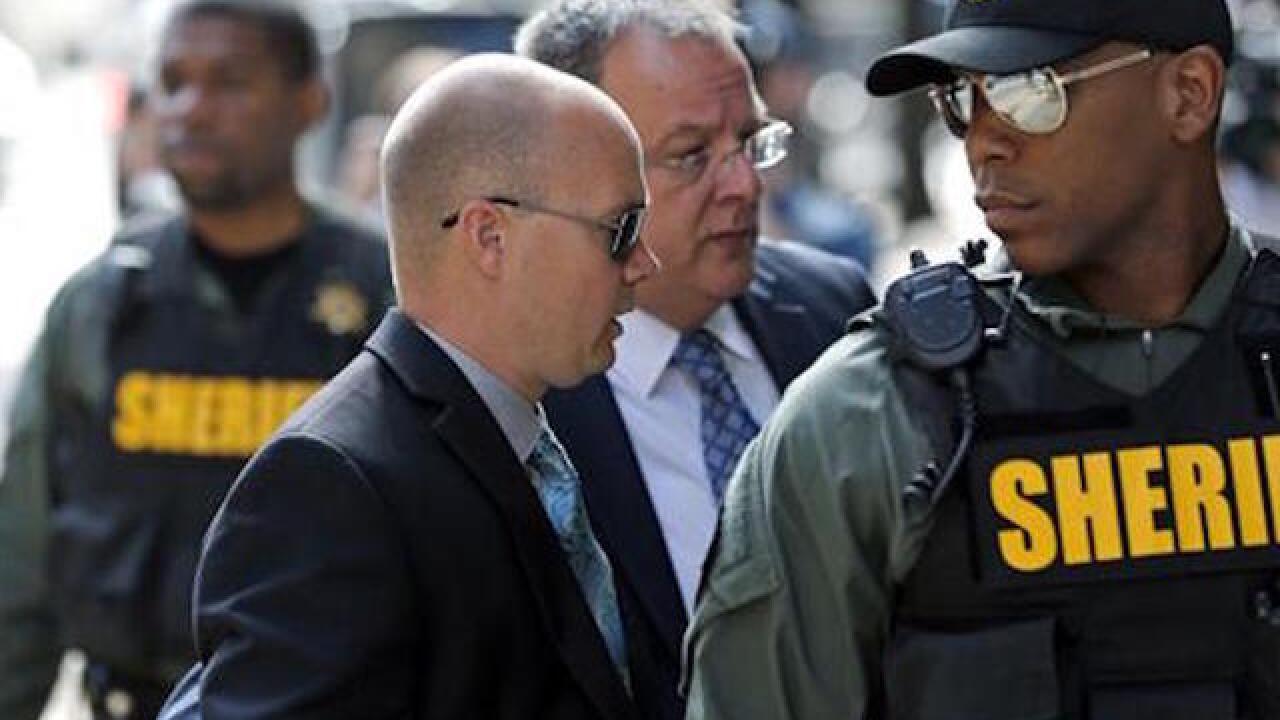 BALTIMORE (AP) — As the highest-ranking officer involved in the arrest of a man whose broken neck in police custody sparked riots and upheaval in Baltimore, Lt. Brian Rice was well aware of his duties, prosecutors said Thursday.

"His conduct was a gross departure of what a reasonable officer would do," Chief Deputy State's Attorney Michael Schatzow said, accusing Rice of criminal negligence.

A defense lawyer countered that Rice acted as any reasonable officer would when he chose not to buckle a combative arrestee into a seat belt in the tight compartment of a police transport van.

Proving negligence will be key to convicting Rice on charges of manslaughter, assault, reckless endangerment and misconduct in office in the death of Freddie Gray, who was chased down on his orders.

Schatzow told Baltimore Circuit Judge Barry Williams that Rice "wasn't an inexperienced officer" and was well aware of his duty to make sure he or other officers belted Gray in to ensure his safety.

"He ignored his duty and needlessly risked Mr. Gray's safety and life," Schatzow said. "He knew he was obligated to ensure the safety of Mr. Gray. He knew it, and he ignored it

But attorney Chaz Ball said Gray was kicking and screaming during and after his arrest, attracting a crowd and creating a dangerous environment for the officers involved.

Ball, who described Rice as an "18-year veteran, a husband, a father, (and) a Penn State grad," said his "nine-second decision" not to put Gray into a seat belt "wasn't criminal negligence, it was 100 percent reasonable."

Moments before these opening statements, prosecutors told the judge they won't pursue one of two misconduct charges Rice faces.

Rice still stands accused of misconduct in office for failing to buckle Gray in, but no longer faces a second misconduct count, relating to whether Rice had probable cause to make the arrest that day.

Rice was one of six officers, three white and three black, charged in the Gray's death, which prompted protests and rioting and added fuel to the national Black Lives Matter movement.

Prosecutors on Thursday called their first witness to the stand, Dr. Carol Allan, an assistant medical examiner who autopsied Gray's body. She testified to Gray's injuries, which included a broken neck, and said she has always believed his death was a homicide.

Rice is the fourth officer to stand trial on charges stemming from Gray's death. Last month two others were acquitted of all charges, including the wagon driver who faced second-degree murder. Another officer's trial ended in a hung jury; he's scheduled to be retried in September.