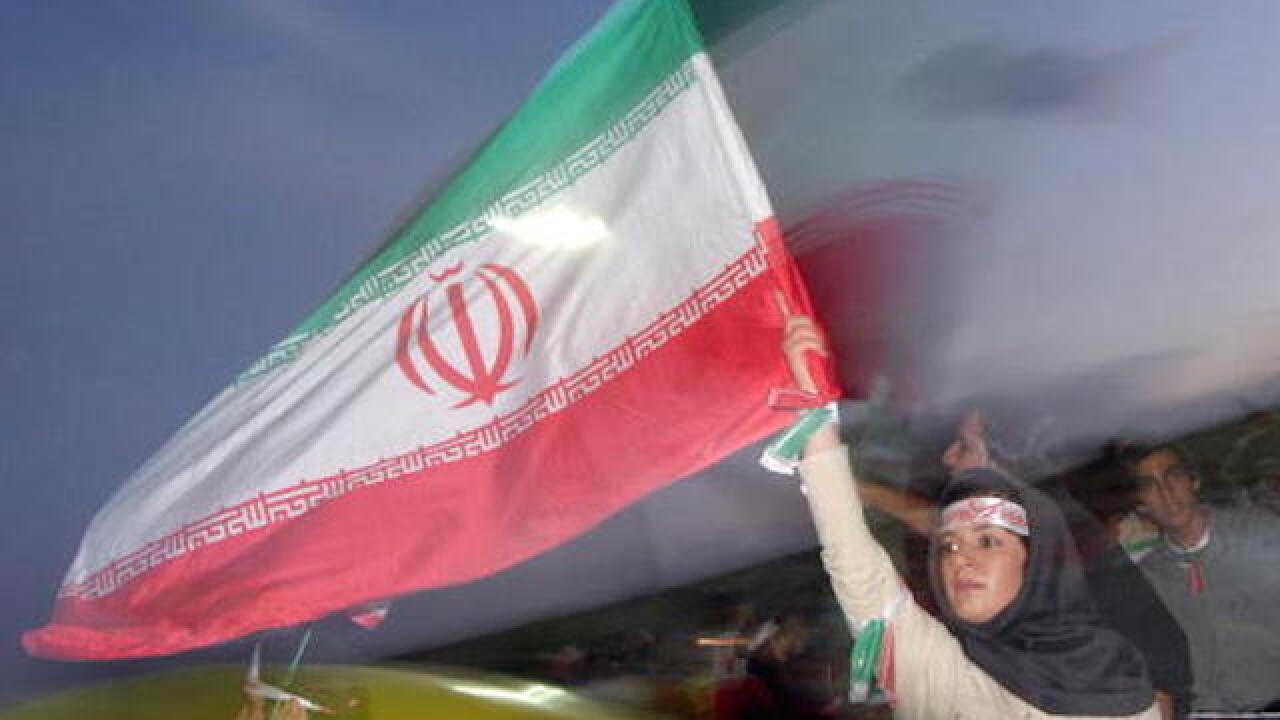 The Treasury Department said it was applying sanctions on 25 individuals and companies connected to Iran's ballistic missile program and those providing support to Iran's Islamic Revolutionary Guard Corps' Qods Force. That included three separate networks linked to supporting the missile program, which the US opposes.

The moves come as punishment for the country's test launch of a ballistic missile last weekend. National Security Adviser Michael Flynn said the move was "provocative" and in defiance of a United Nations Security Council resolution that bars Iran from taking steps on a ballistic missile program capable of launching nuclear weapons.

"They're not behaving," Trump said of Iran in the Oval Office on Friday as he signed unrelated executive orders.

National Security Adviser Michael Flynn issued a statement on the new sanctions, saying that the "international community has been too tolerant of Iran's bad behavior."

"The days of turning a blind eye to Iran's hostile and belligerent actions toward the United States and the world community are over," Flynn said.

The new sanctions are designed not to impede upon the Iran nuclear deal, which the US and five other world powers signed with Tehran during President Barack Obama's tenure. That plan allowed for the lifting of major sanctions against Iran in exchange for a curtailment of its nuclear program.

Administration officials said Friday the new round of sanctions does not affect any individual or firm that had sanctions lifted as part of the nuclear accord. The officials said that new deals between US companies and Iran, like an agreement with Boeing for a new fleet of jets, were not likely to be affected by the sanctions.

Trump's Press Secretary Sean Spicer said Friday the White House would continue responding to any Iranian provocations going forward. But he said the moves illustrate the pitfalls of the nuclear agreement.

"Today's sanctions really represent a very, very strong stance against the actions that Iran has been taking, and make it very clear that the deal that they struck previously was not in the best interest of this country, and that President Trump is going to do everything he can to make sure that Iran is stayed in check," Spicer said.

The detailed announcement from the Treasury Department on Friday reflected months of work, US officials said, dating to before Trump took office.

"Treasury has likely been working on these Iran sanctions for months," said a congressional aide. US officials said the deliberative process was "totally normal," despite the new administration still filling key national security roles.

Friday's announcement represents the first concrete step in what the Trump administration has vowed will be a more aggressive approach to Iran.

On the campaign trail, Trump railed against the nuclear deal, though his aides have offered a more muted view after he took office. An official who briefed reporters this week suggested the agreement, known as the Joint Comprehensive Plan of Action, would remain in place for now.

In a letter to Trump Thursday, a bipartisan group of senators had encouraged aggressive action against Iran as a rebuttal to its missile launches and support for terror organizations.

"Full enforcement of existing sanctions and the imposition of additional sanctions on Iran for its ballistic missile program are necessary," the letter said.

On Friday, the move drew swift praise from Republicans on Capitol Hill.

"Iran's dangerous and provocative acts are a direct threat to the United States and our allies," said House Foreign Affairs Committee Chairman Ed Royce in a statement. "I'm glad the administration is taking long-overdue steps to hold the regime accountable."

The new sanctions designate Abdollah Asgharzadeh, an Iranian businessman whom the Treasury Department accused of acting as a procurement agent for the ballistic missile program. It also singled out individuals within Asgharzadeh's network.

Other entities that were targeted Friday include trading networks associated with Iran's missile program and a network accused of providing cash transfers to Hezbollah, the Lebanon-based terror group.

The Treasury Department said it was freezing all US assets for those individuals and prohibiting Americans from doing business with them. A US official said the individuals who came under sanction on Friday have "touch points" in the US financial system, but couldn't detail their exact exposure in the United States or the precise impact the sanctions will have monetarily.

The sanctions on Iranian individuals and companies were issued under an existing executive order that Trump's two predecessors, George W. Bush and Barack Obama, also used to punish the country for test launches, most recently in January 2016.

Speaking to reporters Thursday in Tehran, the Iranian adviser, Ali Akbar Velayati, dismissed what he called the US leader's "baseless ranting" and said that even Americans were not satisfied with "Trump's extremism," according to Iran's semi-official Fars News Agency.

Velayati blasted Trump as lacking sufficient experience, saying he should take lessons from his predecessor, Barack Obama. He added that those who threaten the Muslim world should take a look at US failures in Afghanistan, Iraq and Syria.

He also said that all test-fired missiles were defensive and that Iran did not need to seek permission to carry out such activities.

A US official said Friday that Washington would continue its response to actions it deems provocative from Iran.