Travel ban links higher risk of terrorism to refugees, but the facts challenge that connection 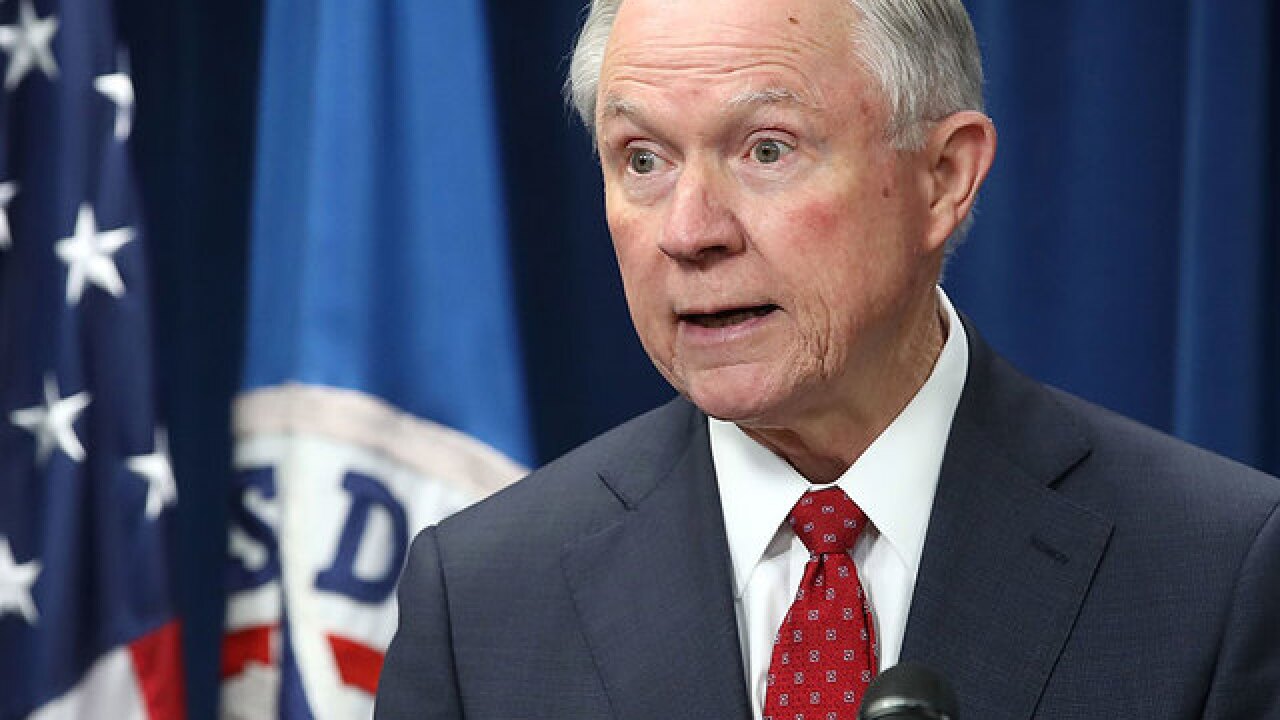 Image copyright 2017 Getty Images. All rights reserved. This material may not be published, broadcast, rewritten, or redistributed.
<p>Attorney General Jeff Sessions participates on March 6, 2017,  in a news conference about the revised travel ban in Washington, D.C. (Photo by Mark Wilson/Getty Images)</p>

President Trump's revised travel ban, like the first one, is based on the idea that refugees pose an elevated terror risk to the nation compared to other groups, but the government's own internal reports and independent research cast doubt on the claim.

On Monday, Trump signed a new executive order blocking citizens of six predominantly Muslim countries from entering the United States for 90 days, while also suspending the entire refugee program for 120 days “to ensure that individuals seeking admission as refugees do not pose a threat to the security and welfare of the United States.”

Brian Michael Jenkins, an expert on terrorism for the RAND Corporation, says Trump’s administration is singling out the wrong group.

“There is no question that the terror threat is real and that we want to closely examine anyone who comes into the United States,” he said.  “But the presumptions upon which the administration’s policies are built upon do not align with the empirical evidence.”

Attorney General Jeff Sessions justified the four-month halt to the refugee program, saying in prepared remarks at a Monday news conference, “We also know that many people seeking to support or commit terrorist acts will try to enter through our refugee program.”

Jenkins said the actual numbers do not support the attorney general’s claim. He said his analysis shows the vast majority of America's terrorists are homegrown and not imported from abroad.

Jenkins said of the 20 people involved in 16 terror attacks in the United States since 9/11, 10 were born here in the United States. Of the remaining 10, most were children when they entered the country, with an average age of 13 years old when they arrived.  He added that they also spent on average 13 years in the U.S. before eventually striking, which Jenkins concluded means they radicalized here and did not arrive with plans to attack

In addition to the attacks, Jenkins said there have been almost 80 jihadist plots in the same 15 years. When he examined all 147 people who participated in attacks or plotted attacks in the U.S. since 9/11, 105 out of 147 were U.S. citizens. Another 20 of the plotters were legal permanent residents, most of whom arrived in the United States as children.

The president’s executive order cites only two times where refugees were convicted of crimes linked to terrorism: In January 2013, two Iraqi nationals were convicted of multiple terrorism-related offenses, and in October 2014 a Somali who came to the U.S. as a child refugee was sentenced for plotting to detonate a bomb at a Christmas tree lighting ceremony in Portland, Ore. The Trump administration has not provided other cases.

Last week,  The Associated Press reported  that it had obtained a draft assessment by the Department of Homeland Security concluding that citizenship was an “unlikely indicator” of a threat. The document, titled “Citizenship Likely an Unreliable Indicator of Terrorist Threat to the United States,” was drafted in response to a recent request from the White House.

Jenkins said people concerned about terror attacks in Europe stemming from refugees have legitimate reason to worry. In Europe, refugees arrived in droves on the continent, forcing authorities to attempt to sort out security threats after refugees had arrived. Here in the United States, he said, refugees go through an intense vetting process that often takes 18 to 24 months before they are allowed to set foot on U.S. soil.

Jenkins also cautioned to keep the numbers in perspective. State Department figures show 784,389 refugees were resettled in the U.S. between 2002- 2015, the most recent year statistics are available for online.  While the attorney general talked this week about more than 300 FBI investigations of refugees, he did not say how many terrorism-related investigations the FBI has going related to non-refugees.