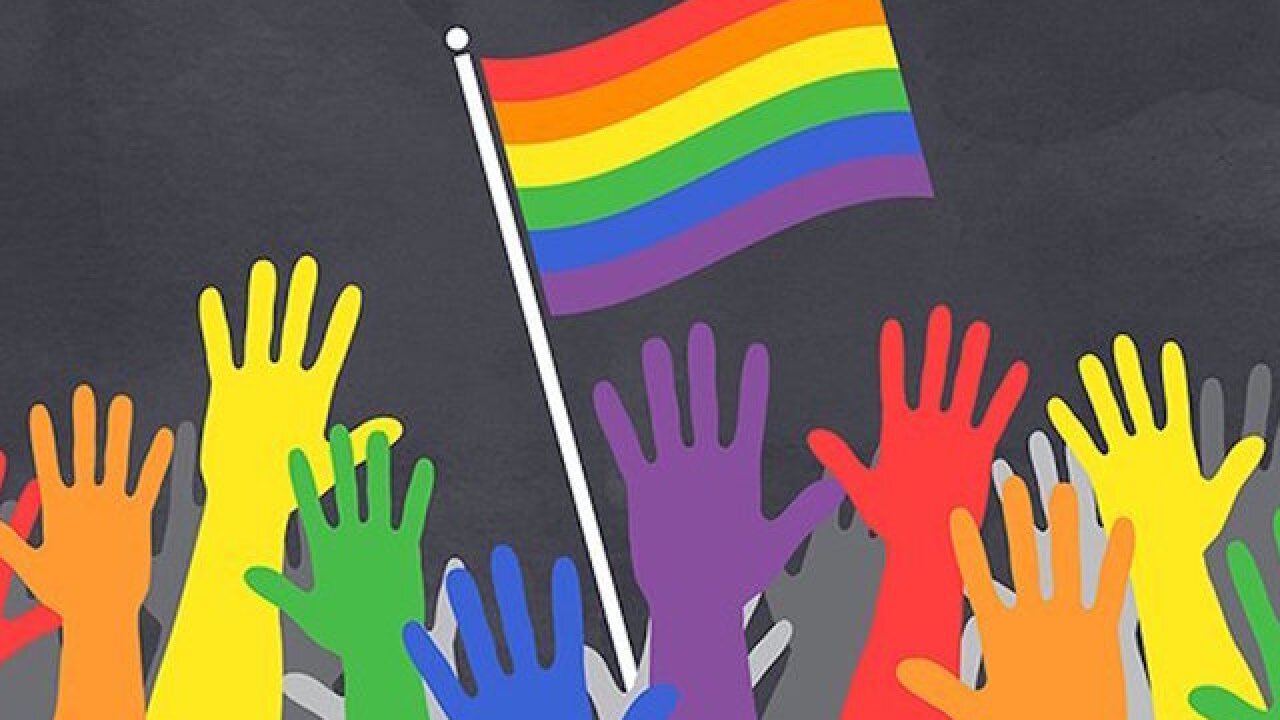 EAST POINT, Georgia (CNN) -- On a recent Friday morning, Cazembe Jackson donned a sharp blue suit and green paisley tie and made his way to Atlanta's Midtown US passport office.

It was a day he had long been waiting for, one he thought might never come. He took a number and sat with friends who were there for the same reason.

It was not only his first time applying for a passport. It would be the first time a government employee identified him as a man, calling him "Mr. Jackson," and made it official on a document.

The 36-year-old social justice organizer began to identify as a transgender man two years ago. At the time, he lived in Tennessee, which requires a court order or physician's statement certifying that "necessary medical procedures" had been completed to change gender on a state-issued identification. Similarly, his new home state of Georgia requires proof of gender reassignment surgery to change gender on a state-issued identification.

Passports don't require proof of surgery to change gender marker, making them easier to attain than state IDs in some parts of the country.

Now, with the start of US President Donald Trump's administration, and despite a senior administration official stating Tuesday that the White House has no plans to reverse LGBT protections for federal workers, advocates and the community still perceive the administration as unfriendly to LGBTQ rights. Many fear it may become harder to secure gender-affirming documentation at the state and federal level.

Advocacy groups say those concerns have prompted a grass-roots push nationwide for gender-affirming documentation through online campaigns and pop-up workshops such as the one that helped Jackson get his passport.

"That simple change in documentation where your name and gender matches your appearance can change your world," said Toni-Michelle Williams, a community organizer with the Solutions Not Punishment Collaborative, the Georgia-based group that helped Jackson.

"It can change your interactions with police and the people you meet in everyday life. It makes all the difference."

What it takes to change gender on an ID

It's something most of us take for granted: the ability to pull out your driver's license or passport at a bank, a bar or the airport and not have your gender questioned. But what if it didn't fully match who you were? What if it had the wrong gender?

This is how it feels for many transgender and gender-nonconforming people. When the gender on their ID does not meet expectations, it can lead to suspicious looks, being outed in public, even hostility or violence.

Not all transgender people want you to know that they identify as such. They just want to be left alone to go about their lives in the skin they feel comfortable in. Identification that matches their gender identity helps accomplish that.

Most states allow transgender people to change the gender on their driver's license or state identification card with a letter from a health care provider. But 21 states require proof of surgery, a court order or both, according to the National Center for Transgender Equality.

Meeting such requirements can be a high bar to overcome. For many transgender people, the cost of surgery, often not covered by insurance, is too expensive a hurdle, and not every transgender person desires such a procedure.

The standard is different for passports. Under an Obama administration policy enacted in 2010, to change gender on a passport, the State Department will accept a letter from a physician that the patient is receiving or has received "appropriate clinical treatment." The patient and doctor determine that treatment.

Civil rights advocates hailed the policy, and many states adjusted their regulations to follow suit. But many in the LGBTQ community fear that the passport policy may come to an end under the new administration and that states may follow the lead.

'We thought we had turned a corner'

Advocacy groups point to the rhetoric and legislative records of Vice President Mike Pence and President Donald Trump's Cabinet picks as evidence of anti-LGBTQ sentiment. They worry that the backlash against political correctness that helped propel Trump to the White House will continue with legislative proposals to strip them of their rights.

The push began in 2016 with "bathroom bills" and challenges to the Obama administration's guidance on transgender rights in public schools; 19 states filed bills in 2016 seeking to restrict transgender people's use of gender-segregated public spaces, such as restrooms and locker rooms.

Barely a month into 2017, legislators in 10 states have pre-filed or introduced similar legislation, according to the National Conference of State Legislators. The language of each piece of legislation differs, but Alabama's bill goes further than any other state by outlining criminal and civil penalties for not complying with the law.

"We had the wind at our backs; we thought we had turned a corner," Lambda Legal Senior Attorney Beth Littrell said of the eight years of civil rights gains under the Obama administration. "But every civil rights movement has a few steps forward and a few steps back."

In response to these fears, several grass-roots initiatives formed after the 2016 election. The Trans Relief Project provides logistical assistance and financial support for those who want to change gender on state IDs and passports. As of mid-January, the group had disbursed $44,000 in donations to help 256 people update their documentation.

Jackson attended the one in East Point, which was co-sponsored by advocacy group Solutions Not Punishment Collaborative, or SNaP Co. Its partner group, Trans(forming), which works on behalf of transgender and gender-nonconforming people of color, spearheaded the "Passport Project." The initiative helped 42 people fill out applications and covered the cost of 33 passports totaling $4,455.

About half of those who attended went to the passport office as a group, turning an otherwise mundane exercise in bureaucracy into a joyous occasion, Jackson said. For him, it marked a rare instance of the US government validating his right to self-determination, he said.

"It's just not something that happens to a lot of poor black trans people," he said.

Preparing for the unknown

Trans(forming) had sent out the call two days earlier: "We have 17 days before Trump takes office. Do you need to change the gender marker on your passport?"

The coalition hosted the event in its offices, two former single-family homes that were turned into a one-stop shop for passport applications. Offices and meeting rooms became stations for a photo booth, legal advice and health care consultations.

Response exceeded the 40 slots available, and the wait list was just as long. Doors were set to open at 4 p.m., but people began filing into the red brick house well before then. This was family, after all, and most people knew each other.

Exuberant volunteers greeted attendees with hugs, ushering them to seats and handing them a passport checklist. Volunteers wandered through the rows of folding chairs, answering questions and offering assurances that yes, this would work.

About 20% of questions pertained to legal rights, said lawyer DJ Jones, director of (Trans)forming. The rest of the time was spent offering assurances that forms had been filled out correctly, that applicants had the right documentation and that it was OK to check female or male if they had not undergone gender reassignment surgery.

"Mostly, everyone just wants affirmation that they can sign this government document and it will be accepted," Jones said. "Transgender folks really have this fear, especially when it comes to government, that no one will believe them."

Lynn Morrison wants to use the bathroom in peace. She wants something to show people if they question her presence in a women's bathroom. It's happened before, and it makes her uncomfortable, but not as uncomfortable as the thought of having to use the men's room. She's heard stories from other transgender women who have been harassed in men's rooms over their appearance.

The stories are borne out by studies showing that transgender individuals, especially people of color, are subject to harassment and discrimination at disproportionate rates compared to the general population.

"So when they ask me if I am female, I can just say, 'Bam,' " she said, holding up an imaginary identification card in her hand. "It's crazy that they want to tell us which bathrooms to use. I don't feel safe in the men's room."

Moreover, "I don't know what Trump's going to do," she added. "He may take away whatever policies are in place. Best to do it now while we still can."

Passports and IDs are just one part of the picture, Jackson said. They may help people avoid day-to-day discrimination, but it takes more to address the systemic issues facing the transgender community: access to health care, employment and housing, to name a few.