At least 3 dead after tornadoes sweep through Midwest 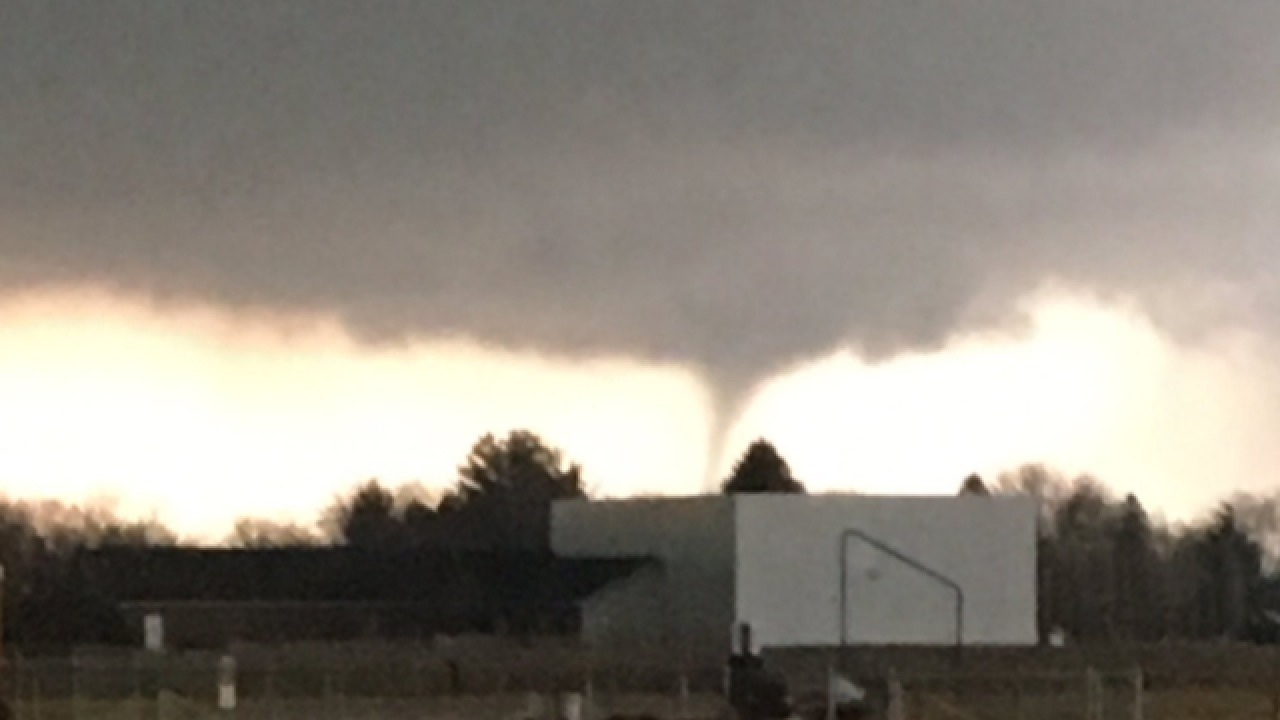 Copyright 2017 Scripps Media, Inc. All rights reserved. This material may not be published, broadcast, rewritten, or redistributed.
<p>Via local EMA</p>

A powerful line of thunderstorms formed in the Midwest Tuesday evening, causing destruction from Wisconsin into Arkansas, with residents bracing for possible tornadoes in the region.

The storms killed at least three people — including one in Perryville, Missouri and another in Ottawa, Illinois — according to CBS News .

Around 5 p.m. local time Tuesday, storm spotters posted photos of a possible tornado in LaSalle, Illinois. Coupled with the tornadoes, there were reports of baseball-sized hail falling out of the sky.

LaSalle County is roughly 90 miles of Chicago, with storms moving west to east.

A tornado watch has been issued for parts of Arkansas, Illinois, Indiana, Kentucky, Missouri and Tennessee until 8 a.m. Central.