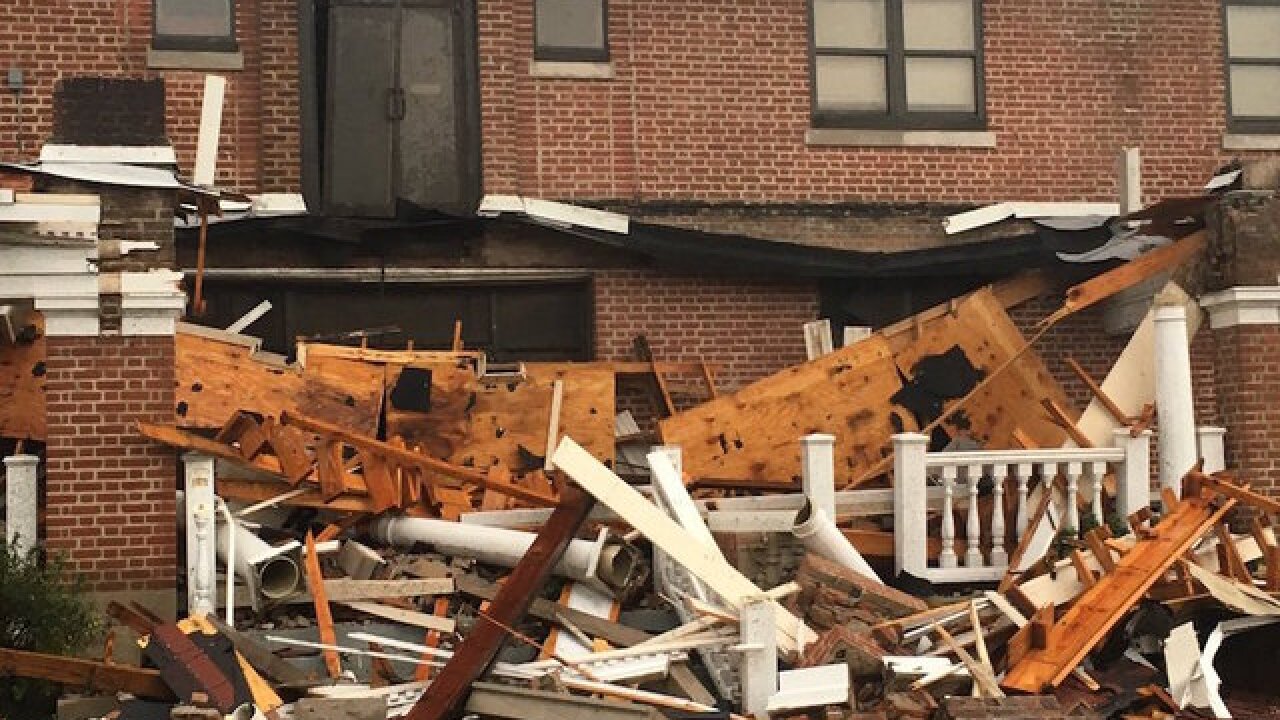 The National Weather Service office in Jackson dispatched a damage survey team to the area to investigate what was a likely tornado that also damaged buildings in Hattiesburg and Petal, including parts of a college and a fire station, officials said.

"There are widespread power outages as the tornado ran across three counties lines -- Lamar, Forrest and Perry County," Flynn said.

Hattiesburg, the largest city in Forrest County, has taken a lot of damage, the National Weather Service said in an advisory.

A search and rescue operation is underway in Hattiesburg, a city of about 46,000 people, Mayor Johnny DuPree said before dawn Saturday. A tornado may have caused the damage, CNN affiliate WDAM-TV reported.

Most of Hattiesburg's damage appeared to be on the downtown's outskirts, DuPree said. A fire station was damaged, as were parts of William Carey University, a private Christian college with about 4,000 students.

Students at William Carey were reporting minor injuries, the university said. Dormitories and other buildings were damaged, the school said.

The university tweeted that the Hattiesburg campus is closed until further notice: "Students are being escorted from campus. Arrangements will be made for students who cannot go home."

Windows were blown out and roofs of buildings peeled back at the Hattiesburg Salvation Army, WDAM reported.

WDAM reporters and editors posted to Twitter pictures of severe damage in Hattiesburg and the adjacent city of Petal, a community of about 10,400 people.

Parts of an AT&T store and a loan shop collapsed at a shopping center in Petal, one of the images showed.

Interstate 59 north of Hattiesburg was closed because of debris, said the agency, which asked the public to avoid traveling in the area because of downed power lines and other destruction.

The storms were part of a system moving through southern Mississippi and Alabama on Saturday morning.

A tornado watch was in effect for parts of Alabama through most of Saturday morning, the National Weather Service said.

CNN's Allison Chinchar and Kayla Rodgers contributed to this report.