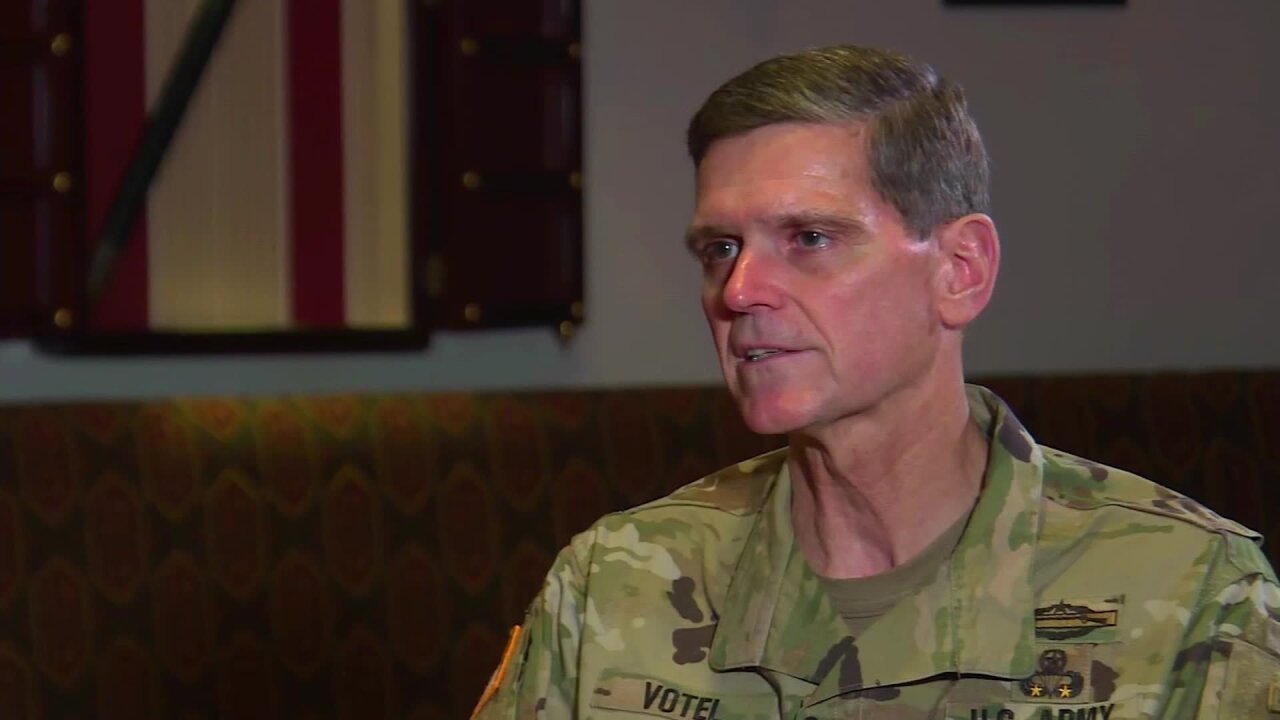 The top US general overseeing military operations in the Middle East warned Thursday that despite the terror group's territorial losses the fight against ISIS is "far from over," cautioning that the remnants of the group are positioning themselves for a potential resurgence.

"Reduction of the physical caliphate is a monumental military accomplishment but the fight against ISIS and violent extremism is far from over," Gen. Joseph Votel the commander of US Central Command told the House Armed Services Committee.

Votel acknowledged that the terror group's territory had shrunk from some 34,000 square miles at the height of its power to an area that is currently less than a single square mile in the Syrian town of Baghouz.

But he cautioned that many ISIS fighters have left these last pockets and have dispersed across Syria and Iraq.

"We will need to maintain a vigilant offensive against this now widely dispersed and disaggregated organization that includes leaders, fighters, facilitators, resources and of course their toxic ideology," he said.

And while hundreds of family members of ISIS fighters have left the group's last remaining pocket and surrendered to the US-backed Syrian Democratic Forces, Votel warned that this was a "calculated move" aimed at preserving the group's ability to fight in the future.

"What we are seeing now is not the surrender of ISIS as an organization but a calculated decision to preserve the safety of their families and the preservation of their capabilities by taking their chances in camps for internally displaced persons and going to ground in remote areas and waiting for the right time to resurge," Votel said.

"The ISIS population being evacuated from the remaining vestiges of the caliphate largely remains unrepentant, unbroken and radicalized," he added, citing observations from US troops on the ground in Syria.

While President Donald Trump had initially announced his intent to fully withdraw US troops from Syria, he has since reversed course , agreeing to maintain about 400 troops there.

The remainder will be located at At Tanf, Syria, a base that allows the US to monitor and target some of the ISIS remnants that operate west of the Euphrates River. The US presence there also denies Iran and its proxies access to a strategic highway that connects Syria and Iraq runs near the base.

Votel said the residual force will allow the US "to continue our mission and safeguard our interests," adding that the "details are being developed now" and will like also include the participation of members of the coalition.

"What our focus has to be is working with our partners on the ground as we are doing fairly effectively in Iraq now," he added, saying that US intelligence, training and advising would be key to helping America's local allies combat the remnants of ISIS.

The US currently has between two and three thousand troops in Syria.

Votel told Congress that Russia welcomed the original announcement, made via a December tweet by Trump, that the US would be completely withdrawing from Syria.

"I think they viewed it positively," Votel said, adding that Russia had hoped to exploit any void left by a US exit which Moscow would use to boost the regime of Bashar al Assad.

Votel said the current political situation in Afghanistan and the process underway negotiating with the Taliban to reconcile with the current Afghan government do not "merit" a withdrawal of US forces from the country.

"The political conditions and where we are in the reconciliation right now don't merit that," Votel said when asked by Republican Rep. Michael Waltz of Florida if "conditions now merit a withdraw in your advice," to withdraw forces from Afghanistan.