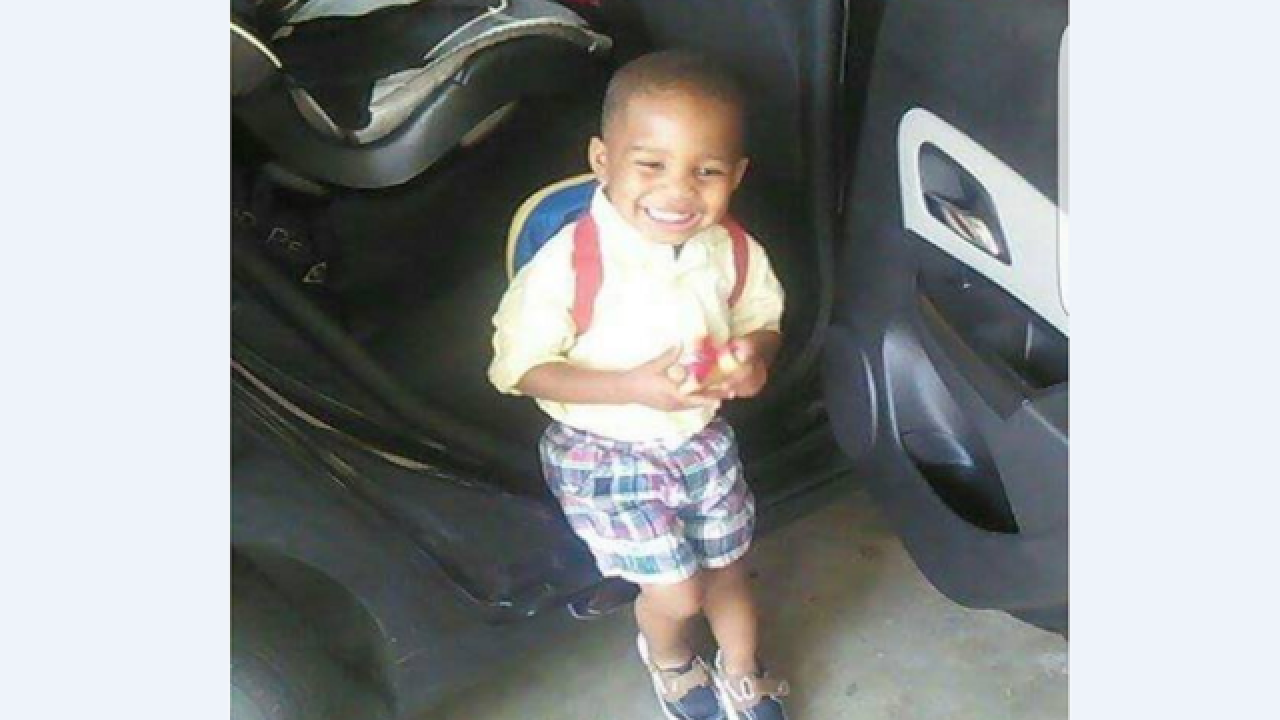 By: CNN
Posted at 8:43 PM, Dec 19, 2016
(CNN) -- Police are searching for the gunman who shot and killed a toddler during an apparent road rage incident in Little Rock, Arkansas.
Investigators are offering a $40,000 reward for information leading to an arrest and conviction of the person who shot 3-year-old Acen King.
The toddler was on a shopping trip with his grandmother over the weekend when the gunman opened fire, police said.
The incident began Saturday evening when a motorist behind the grandmother grew agitated that she was not moving quickly enough at a stop sign, Little Rock Police Department spokesman Lt. Steven McClanahan said.
The man started honking his horn. The grandmother honked her horn. Then, police said, the man got out of his black Chevrolet Impala and fired into her car.
"One shot was fired and it went through the vehicle and hit the child," McClanahan said.
Not realizing that the child had been hit, the woman drove on to a JC Penney about 9 miles away. She realized her grandson was wounded when she went to get him out of the car, according to a police incident report.
Police received a call shortly before 6:30 p.m. that a child passenger had been shot.
The boy was transported to Arkansas Children's Hospital, where he was pronounced dead. A 1-year-old child was also in the car at the time of the shooting, according to the police report.
Police said the grandmother and the slain boy had no relationship with the suspect.
"I certainly have no information to say that anyone in this family has done anything to cost this young person's life," Little Rock Police Department Chief Kenton Buckner told CNN affiliate KARK. "But this is about as frustrated as you can be as a public safety official or just a plain citizen."
Homicide detectives are conducting an investigation.
The fatal shooting marks Little Rock's 40th homicide of the year, police said. Last year, there were 31 homicides in the city.
CNN's Catherine E. Shoichet, Shawn Nottingham, Andreas Preuss, Carma Hassan, Tony Marco and Darran Simon contributed to this report.
The-CNN-Wire
™ & © 2016 Cable News Network, Inc., a Time Warner Company. All rights reserved.
KNXV