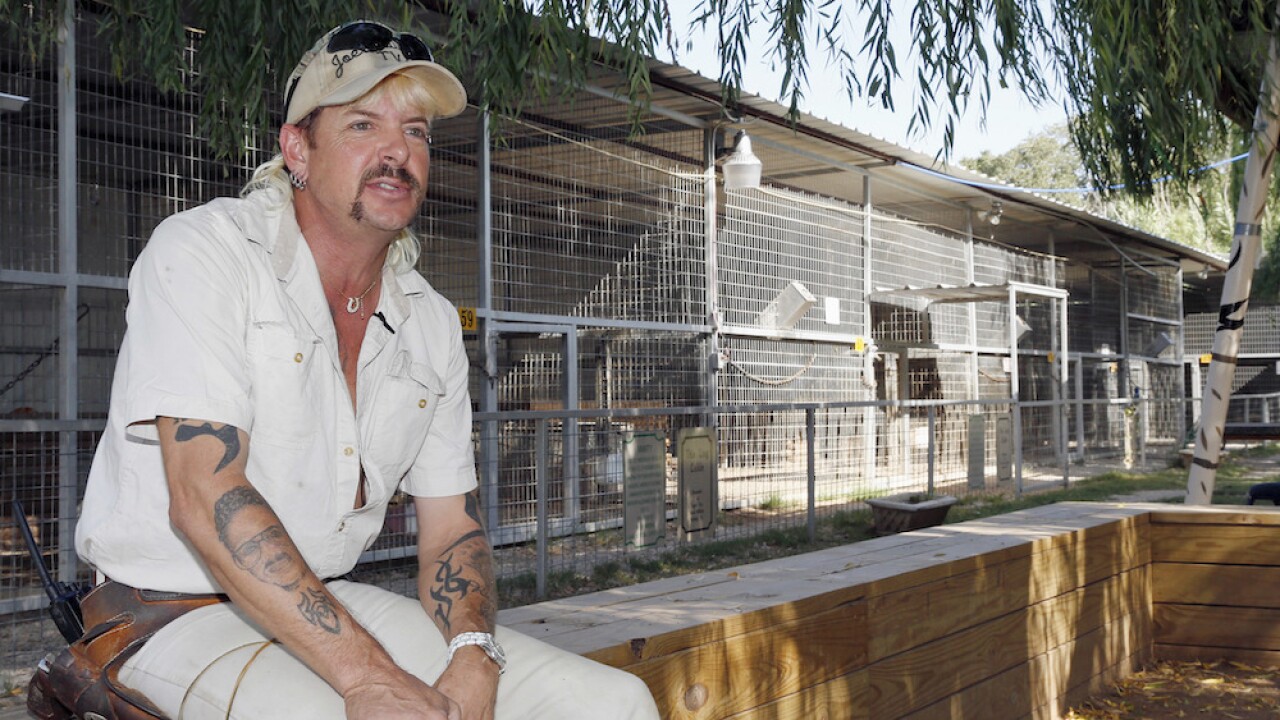 Copyright 2013 The Associated Press. All rights reserved.
Sue Ogrocki/AP
FILE - In this Aug. 28, 2013, file photo, Joseph Maldonado answers a question during an interview at the zoo he formerly ran in Wynnewood, Okla. (AP Photo/Sue Ogrocki, File)

WYNNEWOOD, Okla. (AP) — The Oklahoma zoo featured in Netflix's "Tiger King" documentary has closed after federal authorities investigated it for alleged maltreatment of animals and suspended its license.

The Greater Wynnewood Exotic Animal Park closed to the public after the U.S. Department of Agriculture on Monday suspended Jeff Lowe's exhibitor license.

Lowe, who's the current owner of the zoo, posted on Facebook that they would no longer "exhibit animals to the public."

"I no longer want to exhibit animals to the public," the Facebook post read. "We have been contemplating this for weeks. I will still allow my lawyers to prove the USDA is dead wrong. And BTW, the USDA didn’t take my license. They issued a 21 days suspension. Day 22, I could open right back up if I wanted. I don’t want to. The animals are now in private hands and will remain in private hands."