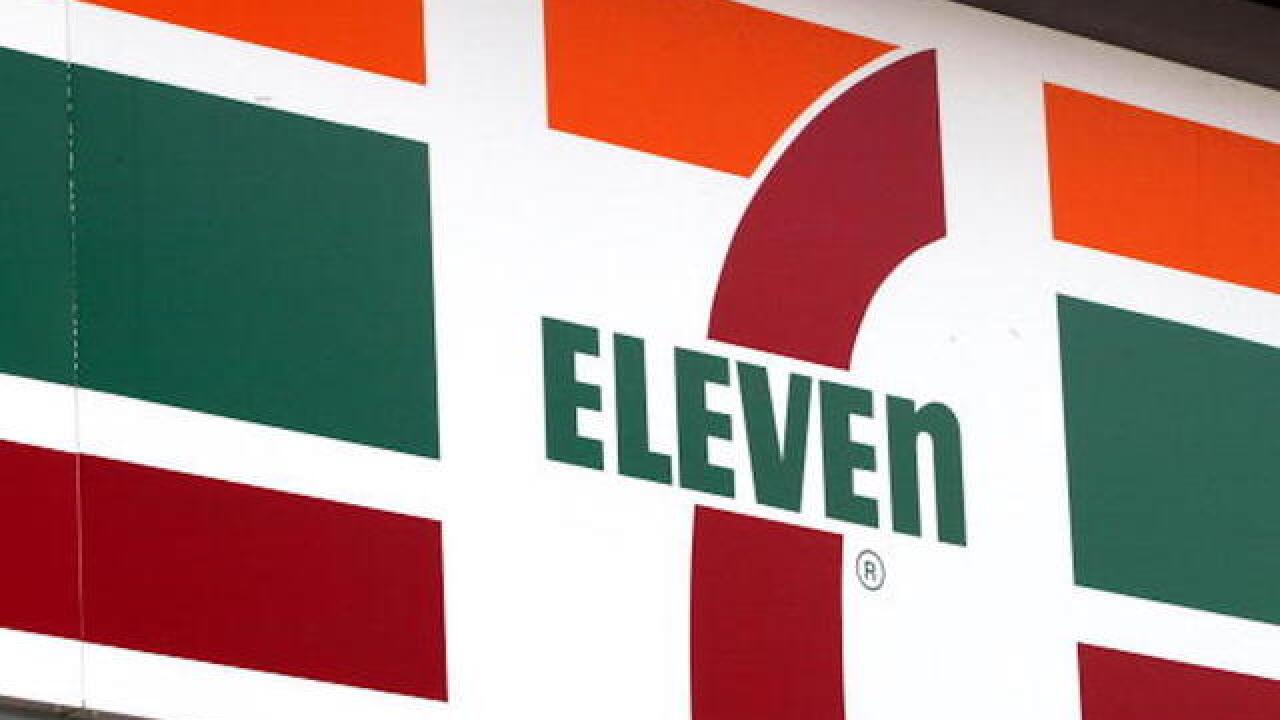 Copyright 2017 Scripps Media, Inc. All rights reserved. This material may not be published, broadcast, rewritten, or redistributed.
Tim Boyle
<p>DES PLAINES, IL - MAY 9: A 7-Eleven store logo is visible outside a 7-Eleven store May 9, 2003 in Des Plaines, Illinois. Dallas, Texas-based 7-Eleven, Inc., the world's largest convenience store operator, reported on May 9, 2003 total sales for April 2003 of $897.0 million, an increase of 7.4 percent over the April 2002 total of $835.5 million, the 70th consecutive monthly increase in U.S. same-store sales. (Photo by Tim Boyle/Getty Images)</p>

About 14 hours after the last robbery in December 2015, Allen was captured after he went to the back of the store, took merchandise and left. The shift manager followed him and pointed him out to police.

Authorities say Allen was arrested across the street from a police precinct building.

Allen is expected to face seven years in prison when he's sentenced next month.