These Democrats plan to boycott Trump's State of the Union address 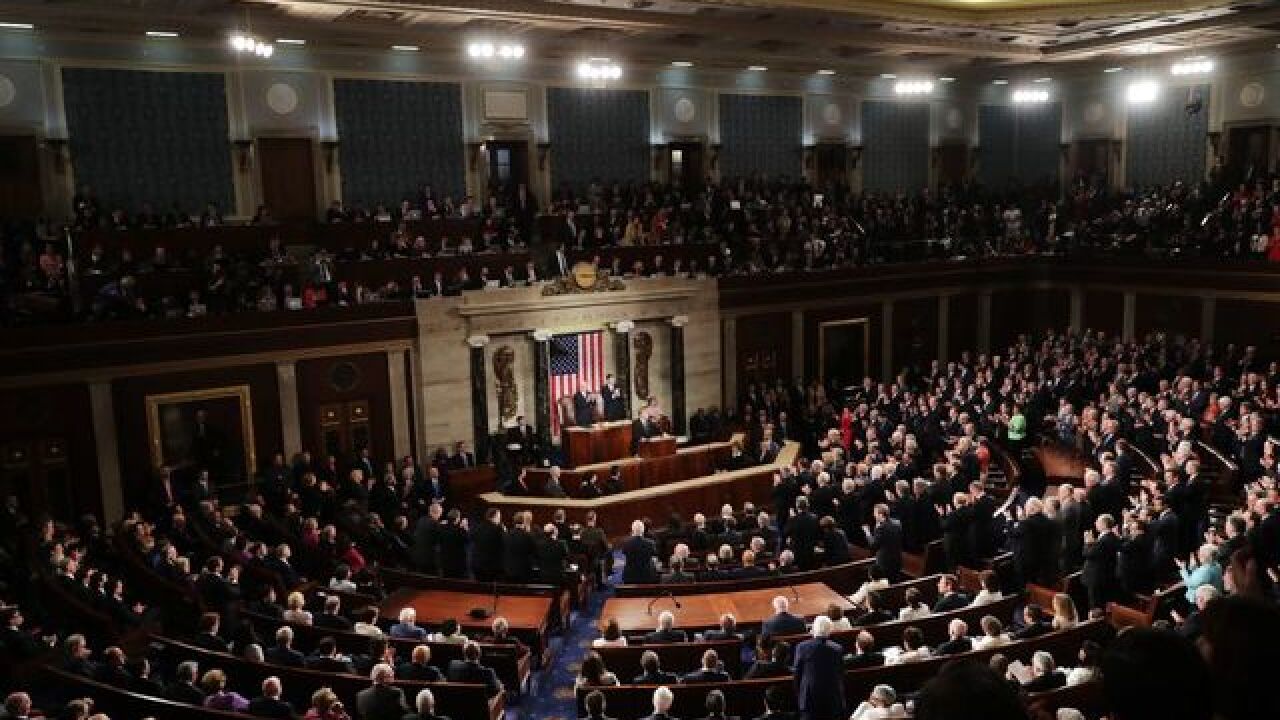 President Donald Trump will deliver his first State of the Union address on Tuesday night from the US Capitol, but not all of Congress will be in attendance.

Trump's tumultuous first year in office was marked by controversy, leading several Democratic lawmakers to announce that they plan to boycott the speech altogether.

A large bloc of House Democrats boycotted the President's first joint address to Congress last year. Typically lawmakers of both parties attend the annual State of the Union address, and those from the opposite party tend to save their criticisms of the president for after the speech, releasing statements about the policy pronouncements they disagree with immediately after the address wraps up.

In previous years there was an effort to tamp down on the partisanship on Capitol Hill with members of opposing parties sitting together during the speech to demonstrate their willingness to work across the aisle. But there's little sign of that sentiment in 2018.

Here's who's said they're planning on skipping the President's address:

"At this junction, I do not plan to attend the State of the Union," Lewis said on MSNBC.

"I cannot in all good conscience be in a room with what he has said about so many Americans. I just cannot do it," he added.

"Why would I take my time to go and sit and listen to a liar?" she later said.

Rep. Frederica Wilson, D-Florida, shared a similar sentiment on Twitter, and posted that she could not attend.

"I cannot in good consciousness attend the #SOTU address after the president went so low in his remarks about Haiti & African nations. It would be hypocrisy to go to an event at which he is honored," she tweeted.

In a Huffington Post op-ed, Rep. Pramila Jayapal, D-Washington, outlined why she wouldn't be attending.

"My analysis, however, is that my highest contribution — in these extraordinary times and circumstances where President Trump is himself breaking all established precedents to serve very narrow and self-serving interests — is to stand up to declare that I profoundly disagree with his approach and his unacceptable behavior," Jayapal wrote.

Rep. Earl Blumenauer, D-Oregon, said in early January that he would not go.

"Rather than listening to another destructive, divisive speech by Trump, I will not attend this year's annual address to Congress," he said on Twitter. "Instead, like I did during his inauguration, I'll be working at home listening to Oregonians about what they think about the State of the Union! #SOTU."

Rep. Gregory Meeks, D-New York, tweeted about his decision, writing: "He does not respect me or the communities I represent, so I cannot in good conscience sit idly on the House floor and listen to his scripted speech. #SOTU."

"This has been the most chaotic, divisive, and incompetent first year of any administration and I will not sit and watch as Trump pretends that he's off to a successful start. He's not," Rush said in a statement on Monday.

Schakowsky said Trump has "disrespected millions and millions of Americans and the presidency itself," according to the Sun-Times, and Davis will be in Chicago during the address.