The year 2020 was a record-setting year in many ways. Tragically, one of the records set was the number of extraordinary weather and climate events in this country that caused a billion dollars or more in damage, according to an annual report from NOAA.

The National Oceanic and Atmospheric Administration says there were 22 billion-dollar disasters last year, totalling about $95 billion spent so far on just those events. Sadly, more than 260 Americans died and dozens were injured in those events.

NOAA noted that there were a record-breaking 30 named tropical storms in the Atlantic in 2020, with 12 of them making landfall along America’s coast, several in Louisiana alone. More than 40% of the total spent on billion-dollar disasters was for the seven hurricanes and cyclones that made landfall.

A few of the billion-dollar disasters in 2020: 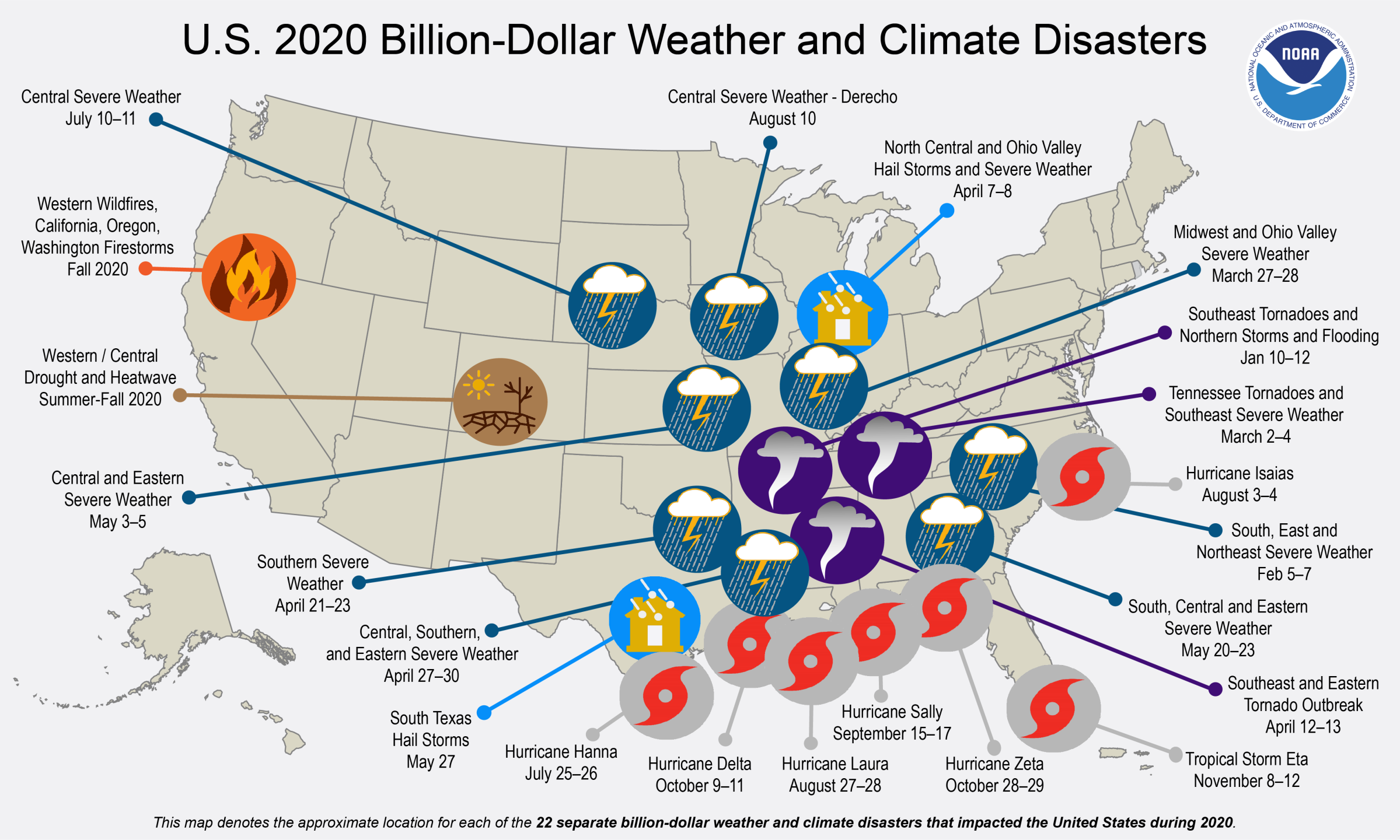 NOAA has been tracking billion-dollar disasters since 1980.

Last year was also one of the hottest on record. NOAA noted in their report that 2020 was the fifth warmest year on record.

All of the top five warmest years in the U.S. have happened since 2012. Alaska was the only state to have below-average temperatures in 2020, they had their coldest year since 2012.

While Nevada and Utah saw their driest years on record, North Carolina saw its second-wettest year.