There needs to be a total ban on vaping products, American Medical Association says 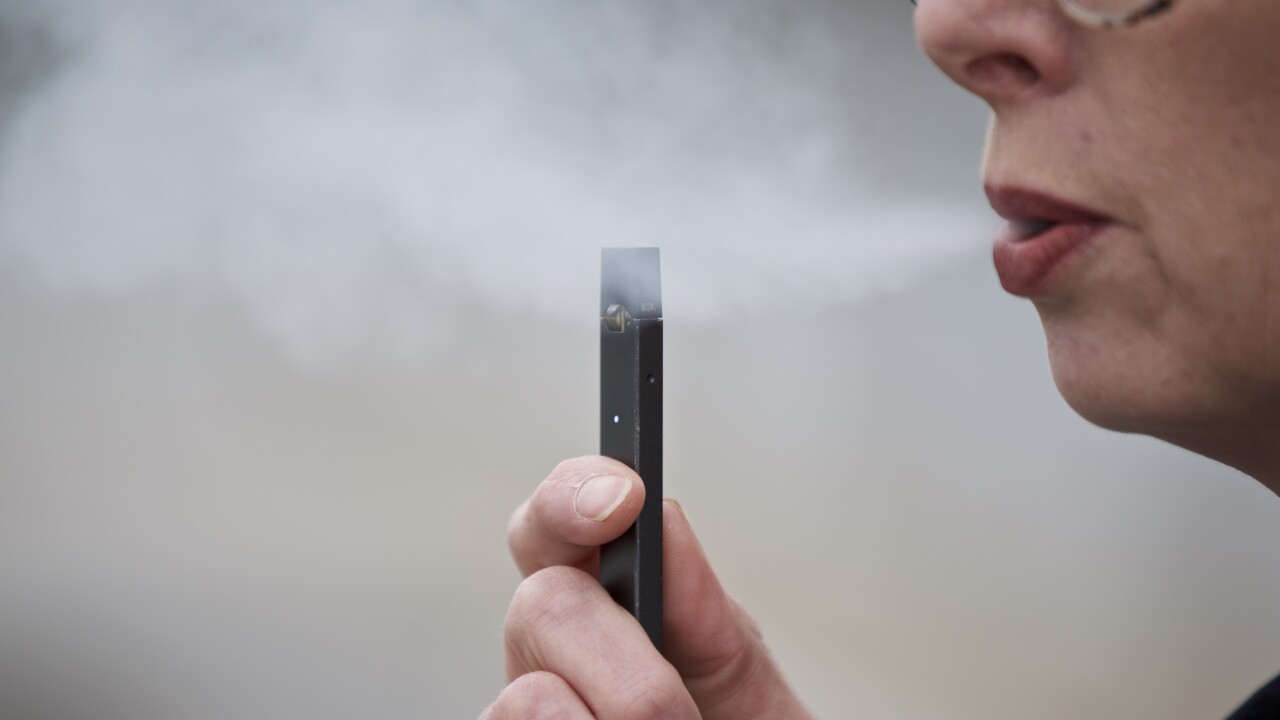 All vaping products that have not been approved by the U.S. Food and Drug Administration should be banned, the American Medical Association said Tuesday.

This would mean that all electronic cigarette products would be banned in the U.S., as the FDA has not approved any vaping product for therapeutic use or for marketing.

The announcement from the AMA, the largest association of physicians and medical students in the U.S., comes amid an outbreak of vaping-related lung injuries.

“The recent lung illness outbreak has alarmed physicians and the broader public health community and shined a light on the fact that we have very little evidence about the short- and long-term health consequences of e-cigarettes and vaping products,” said Dr. Patrice A. Harris, the president of AMA. “It’s simple — we must keep nicotine products out of the hands of young people and that’s why we are calling for an immediate ban on all e-cigarette and vaping products from the market. With the number of young people using e-cigarettes spiking it is not only critical that there is research into nicotine addiction treatments for this population, but it is imperative that we continue efforts to prevent youth from ever using nicotine.”

According to the U.S. Centers for Disease Control and Prevention, 42 vaping-related deaths have occurred in 24 states and Washington, D.C., as of November 13. Other deaths possibly related to the outbreak of EVALI, or e-cigarette or vaping product use associated lung injury, are also being investigated.

The CDC also said in their November 13 update that they are now investigating 2,172 cases of EVALI, up from the 2,051cases that were being investigated the previous week.

The AMA's call for a vaping ban came at a policy-making meeting in San Diego. The group also advocated for new policies to combat problems with vaping, including more legislative action to ban the products and more research funding for studying the effects of e-cigarette use.

President Donald Trump said last week that legislation banning flavored e-cigarettes would be coming this week, but multiple reports indicate he has backed away from the proposal.