The Kohl's coupon scam you should know about 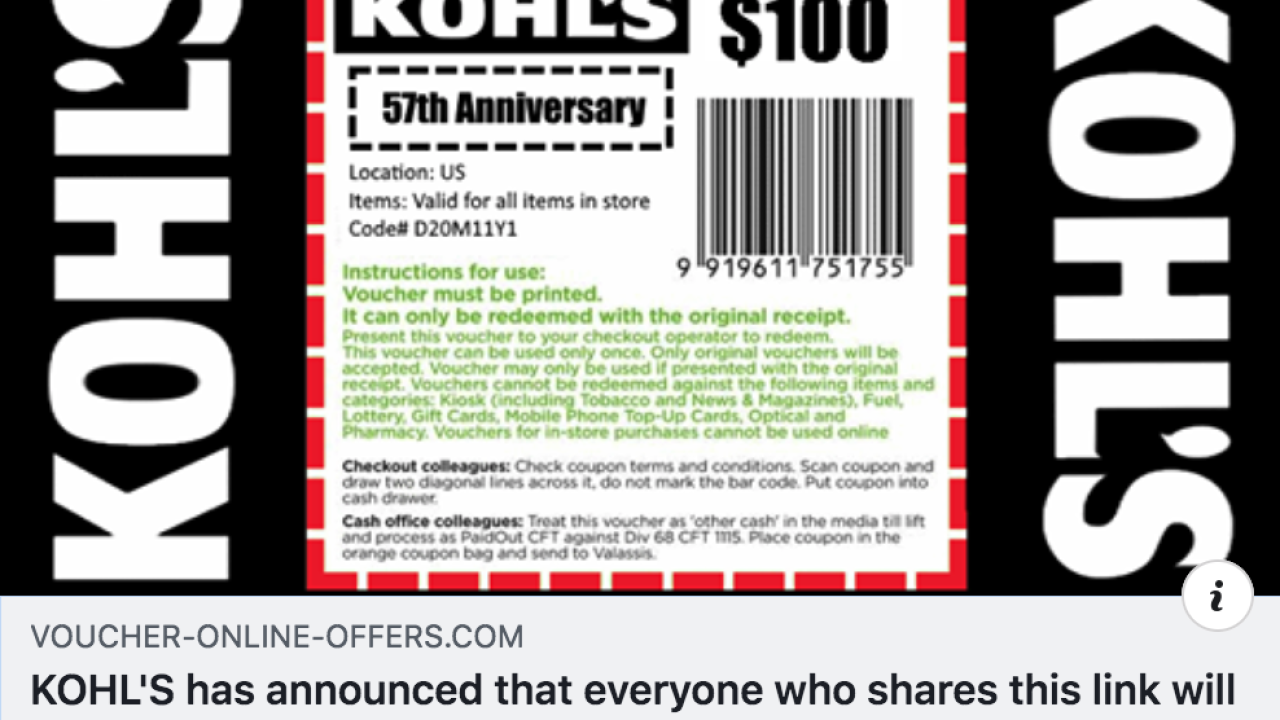 'Tis the season for deals at all your favorite stores — just don't fall for fake offers.

A fake Kohl's coupon is making the rounds on Facebook, and if you aren't careful, you might just end up the victim of a scammer. The coupon promises consumers $100 off everything in the store in celebration of the retailer's 57th anniversary. But it's not real.

While it is the 57th anniversary of the department store as of September, there is no special coupon offer. This fake coupon mimics another variation of the scam that circulated on Facebook in 2016, according to Snopes.

Here's how the scam works, according to Snopes. These viral coupon scams often send a social media user to an illegitimate website or social media page made to look like it belongs to a well-known company or brand. Users who respond to the fake offer are often tasked with sharing the website link or social media post because the scammer wants more people to be see the offer and get lured in.

Next, you're likely to find yourself presented with a "survey" that will ask for personal information, such as email addresses, telephone numbers, birthdates or even credit card numbers. Then, in order to claim your "free" gift — in this case the Kohl's coupon — you'll have to sign up to purchase something costly, whether it's goods, services or subscriptions.

Don't want to fall victim to these types of scams? The Better Business Bureau has the following tips.