The 4 bombshells of James Comey 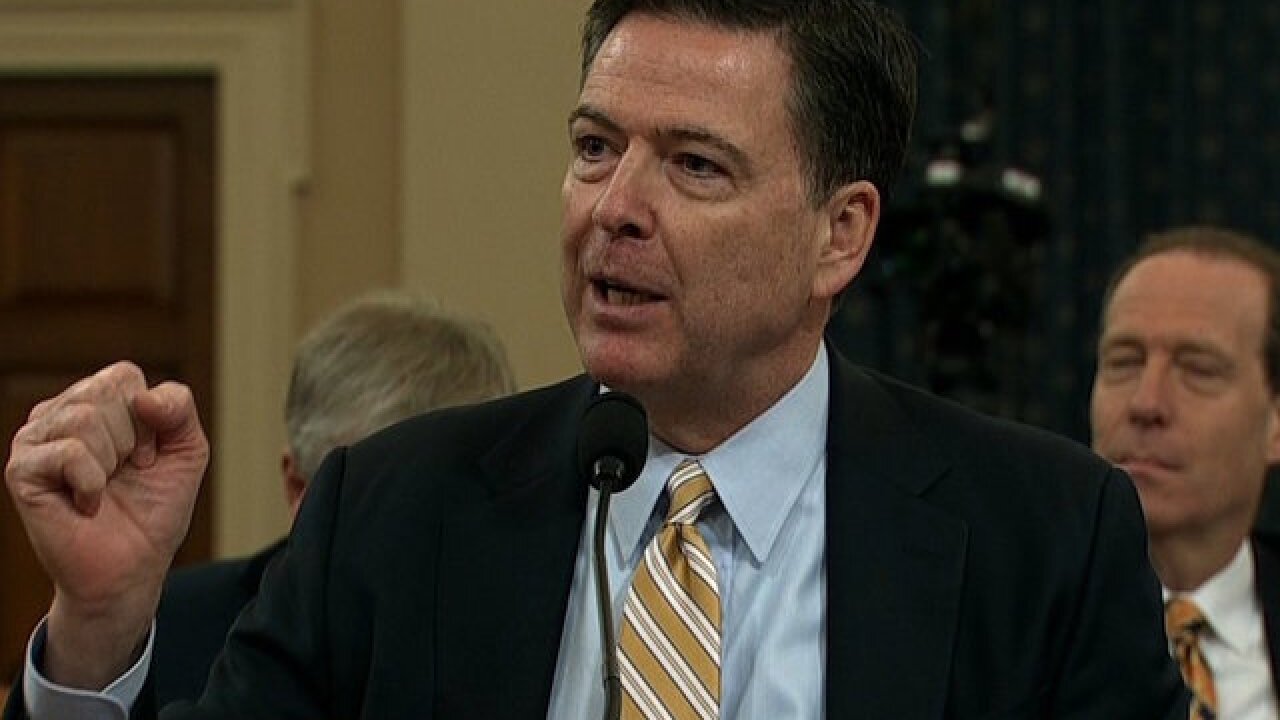 The first time that James Comey ever delivered bombshell testimony on Capitol Hill, it was about how he stood up to the White House, refusing to let it carry on with warrantless wiretapping through the National Security Agency.

Ten years later, he was at the center of attention again, sitting alongside the NSA, refuting the suggestion that a president could ever unilaterally wiretap without a warrant.

Those two bombshells, which are totally unrelated but share some weird parallels and the common thread of warrantless wiretapping, bookend two other ones about Hillary Clinton's use of a private email server while she was secretary of state.

Whether it involves sitting presidents, top White House aides, or a former secretary of state, Comey does not appear to discriminate along party lines or anything else.

Comey's first piece of incredible testimony was the yarn about a late-night standoff during his time as deputy attorney general in his boss John Ashcroft's hospital room. Comey had it out with officials from the Bush White House about the NSA's use of warrantless wiretapping, threatening to quit his job if the administration went against him and authorized the program by getting an incapacitated Aschroft, who had just had gall bladder surgery, to sign off. The 2004 affair ultimately helped lead to changes both in the way the NSA conducted its business and an update to the Foreign Intelligence Surveillance Act.

President Barack Obama picked Comey to be FBI director in 2013 in part on the merit of that first bombshell, which Comey recounted to a rapt audience of senators in 2007.

"He's that rarity in Washington sometimes," Obama said when nominating Comey to lead the FBI in 2013. "He doesn't care about politics, he only cares about getting the job done. At key moments, when it's mattered most ... he was prepared to give up a job he loved rather than be part of something he felt was fundamentally wrong."

Comey proved himself not to care about politics when he dropped his second bombshell, announcing that the FBI would not recommend prosecution for Hillary Clinton nor members of her staff for mishandling classified information. Comey was nonetheless piercing in his criticism of how Clinton's server was handled. Democrats pointed to the lack of charges. Republicans pointed to the carelessness.

Democrats went from relatively satisfied to absolutely livid at Comey over his third bombshell. About a week before the presidential election, he notified Congress in writing that the FBI was again looking at issues related to Clinton's emails. He didn't say it publicly, but it became clear the emails in question were found on a machine shared by top Clinton aide Huma Abedin and her estranged husband, former New York Rep. Anthony Weiner. The FBI notified Congress two days before the election that, after further review, they still wouldn't be recommending charges. Then-Senate Democratic Leader Harry Reid said the FBI's actions cost Democrats the election. That's debatable, but the late drama certainly didn't help.

Clinton was barely mentioned by Democrats or Republicans at the House Intelligence hearing Monday on the issue of Russian meddling in the election, during which Comey confirmed what has long been reported in the press: that throughout the heat of the general election, the FBI was also investigating possible ties between Russia and the Trump campaign. Comey said that investigation began in late July, although he did not go into detail.

That's bombshell No. 4, which is actually more of a twofer. Comey also refuted President Donald Trump's assertion on Twitter that Obama had ordered wiretaps of his phones at Trump Tower. Comey said there was no evidence to support those tweets.

Trump did not respond directly to Comey on the wiretapping issue, but he did tease the idea that maybe either Comey or Obama had leaked information about the investigation to the press. And he also tweeted "The NSA and FBI tell Congress that Russia did not influence electoral process."

When a congressman read the @POTUS tweet to the FBI director, he was able to dismiss it almost in real time.

"It was not our intention to say that today," Comey said, creating the strange effect of the FBI director and the President communicating publicly through social media and congressional testimony.

But for Comey, there was nothing strange about being at the center of attention -- while dividing opinion among some of the most powerful people on Earth.