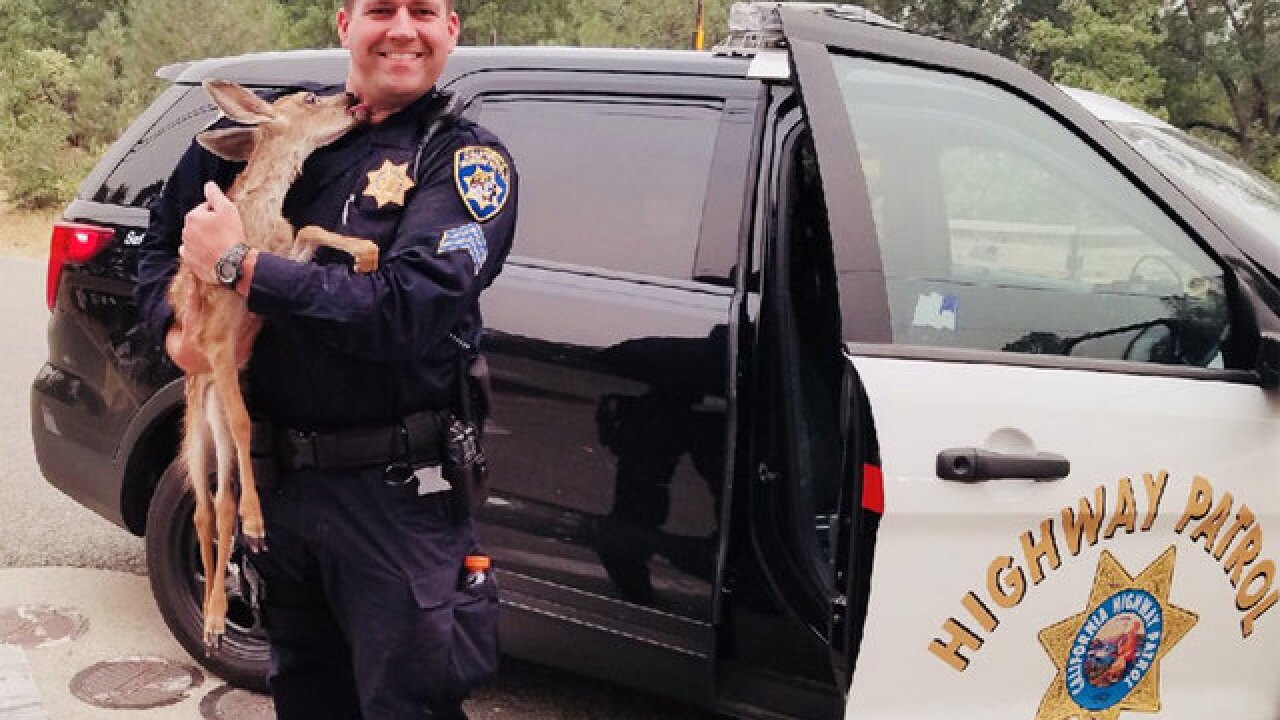 REDDING, Calif. — Following the deadly and devastating wildfires in California these past few weeks, a heartwarming moment surfaced on Saturday.

A California Highway patrolman deployed to the Carr fires in Redding, Calif., received a little love from a fawn that was saved.

According to a tweet from CHP, the baby deer was pulled from the fires and later turned over to rescue crews.

Based on the photo, the fawn was very appreciative of the rescue efforts.

The photo has received more than 2,000 likes in two days.

City cops in the country! SF CHP deployed to the #CARR fires in Redding. Not sure we know what we’re doing in this pic but baby deer pulled from fires and turned over to rescue org. God speed @CAL_FIRE and all other agencies providing mutual aid. You are truly the Bravest. pic.twitter.com/husveKt7iP