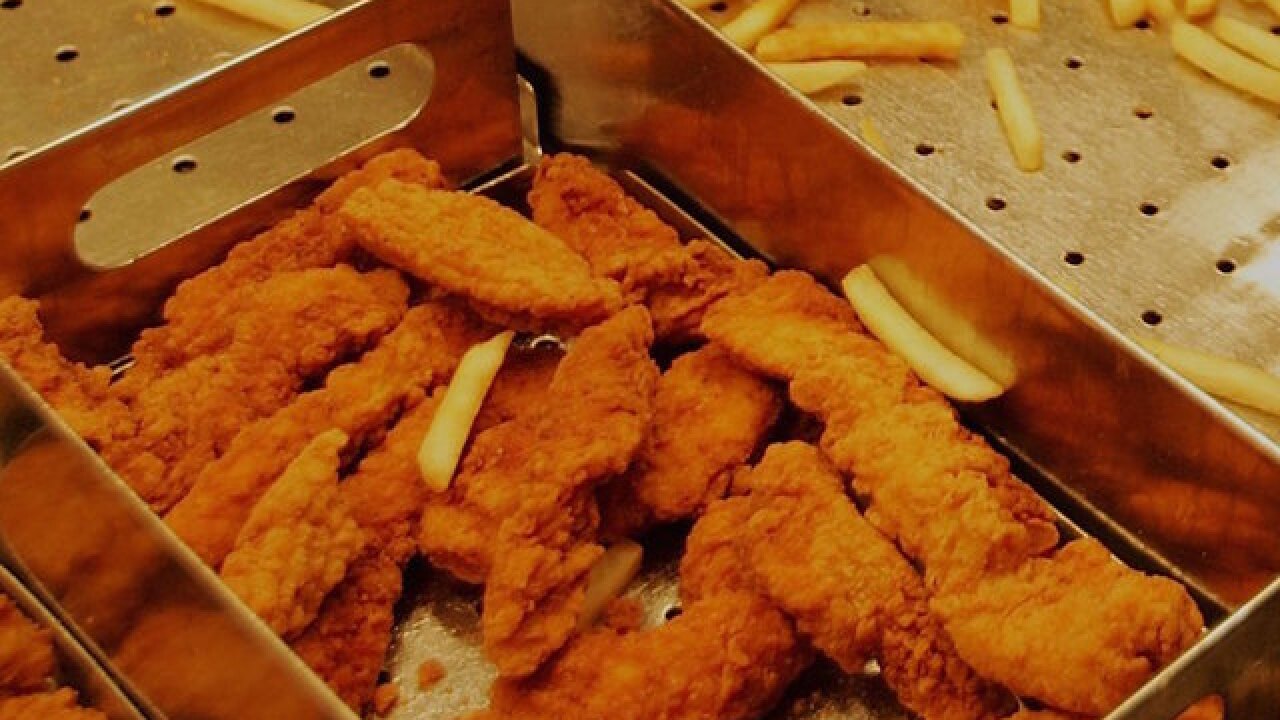 Joe Raedle
<p>MIAMI - JUNE 08: Wendy's french fries and chicken nuggets are placed in an order June 8, 2006 in Miami, Florida. In a move that significantly reduces trans fatty acids on its menu, Wendy's is making the switch to non-hydrogenated cooking oil for its French fries and breaded chicken items. The oil has zero grams of trans fat per serving. (Photo by Joe Raedle/Getty Images)</p>

A Tennessee Eagle Scout and band captain was suspended earlier this week for theft of property after he bought an extra chicken nugget in the lunch line.

The Knoxville News Sentinel reports that Farragut High School senior Carson Koller was served with a one-day suspension after he took six chicken nuggets in the school’s cafeteria, despite the fact that only five nuggets come in a meal.

According to his mother, Carrie Koller Waller, Koller mistakenly grabbed six chicken nuggets from the lunch line and was charged for the mistake. She then said Koller was pulled aside, asked for his name and told to go speak with the principal.

“Everything on his tray was paid for prior to walking away,” Koller Waller wrote on Facebook.

School officials initially accused Koller of stealing the extra nugget, and said they had to punish him in accordance with Knox County rules. However, screenshots emerged on Facebook showing that Koller was charged three times for the nuggets: Two charges of $2.75, and one charge of $2.50.

“Does my son really deserve suspension over hunger, especially when they have the ability to charge his lunch account for the items (which they did!!!!),” Koller Waller wrote on Facebook. “How is it theft if he paid for it??? It's food. FOOD!!! Not weapons. Not drugs. Not alcohol. Not cheating on a test. Not inappropriate clothing or profanity. Not fighting. Not calling in threats. Not vandalism.”

Koller’s suspension was overturned on Wednesday after Waller sent a letter to school administrators and spoke with Principal Ryan Siebe on the phone.

"Principal Siebe reviewed the matter and found there was some misinformation about the details, and after further investigation, corrected the situation," Knox County Schools spokeswoman Carly Harrington told the News Sentinel. "He was very willing to review the situation and make things right," she wrote. "Carson only missed part of his first class today."