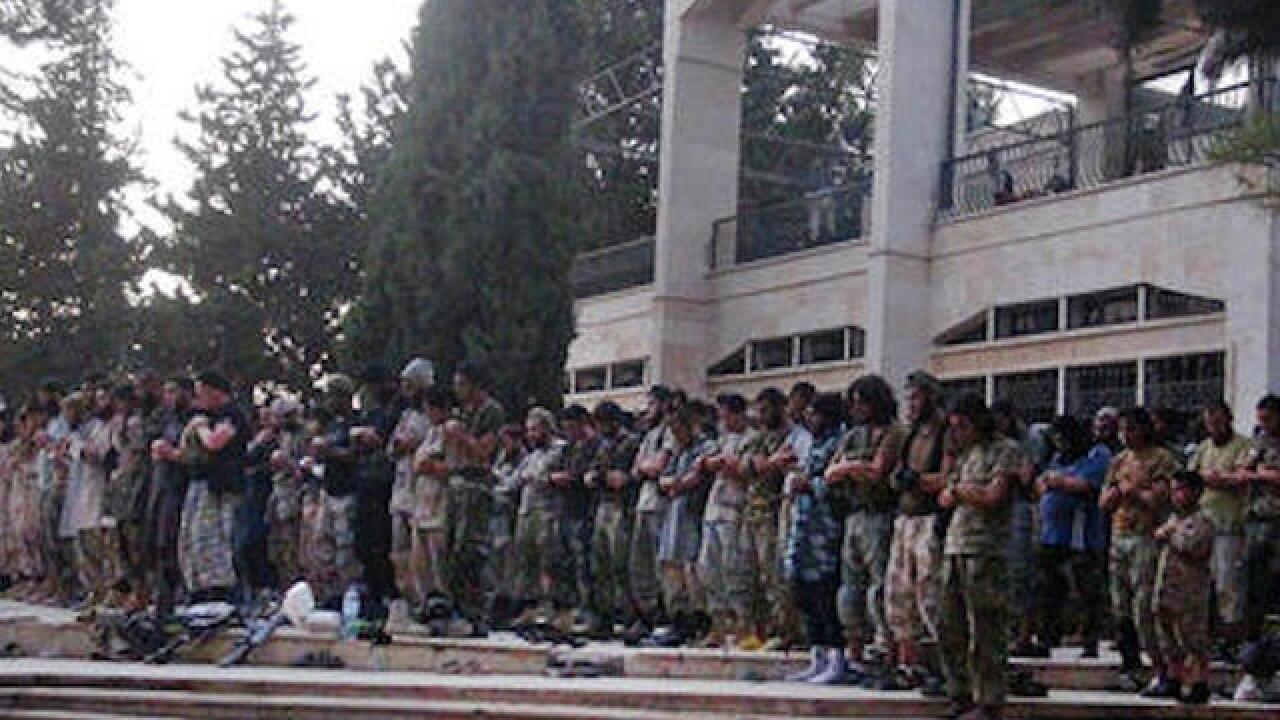 BEIRUT (AP) — Air strikes in Syria targeting the Islamic State's de facto capita of Raqqa killed at least 18 civilians, including two children, activists said Wednesday. The barrage, blamed on the Russian and Syrian air force, came as government forces sought to recover from losses in a stalled offensive on the extremist-held city.

Meanwhile, Syrian President Bashar Assad designated a new prime minister to form the government following April parliamentary elections. The vote, held only in government-controlled areas, was dismissed by the opposition and much of the international community as a rubber-stamp election for the president.

The strikes on Raqqa, which took place on Tuesday evening, came after government forces suffered setbacks fighting IS in the north. Activists from the group known as Raqqa Is Being Slaughtered Silently, which relies on residents to smuggle news out of IS-held territory, said the air raids killed 18 and wounded 28 people.

The Britain-based Syrian Observatory for Human Rights put the toll at 25 civilians, including six children, but different casualty tolls are common in reporting from Syria's civil war, now in its sixth year.

Both activist groups blamed the Russian and Syrian air forces for the raids, saying Damascus and its ally Moscow were pummeling the Islamic State extremists amid frustrations over government losses earlier this week.

The U.S.-led coalition has also been bombing Raqqa, the IS bastion that is also the seat of the Sunni militant group's self-proclaimed caliphate. It is also the capital of a Syrian province with the same name.

There was no immediate comment from the Syrian government.

Raqqa Is Being Slaughtered Silently said at least one of the airstrikes targeted a neighborhood popular among "foreign fighters" — militants who have migrated to Syria to fight with the extremist IS group.

The Islamic State group retook large swaths of the Raqqa province from government forces on Tuesday, just two days after Syrian troops managed briefly to seize Thawra, an IS-held oil field, and threatened to retake the Tabqa air base from the militants.

The government's highly-publicized campaign to retake Raqqa began on June 2. On Sunday, Syrian government forces advanced to within six miles (10 kilometers) of the Tabqa base. The base, located 45 kilometers (28 miles) from Raqqa, holds strategic and symbolic value in the government campaign to unseat the extremists from the city of Raqqa.

It was the last position held by government forces in Raqqa province before IS militants overran it in August 2014, killing scores of detained Syrian soldiers in a massacre the militants documented on video. Raqqa itself became the militants' first captive city.