Swastikas are out; These are the new symbols of hate 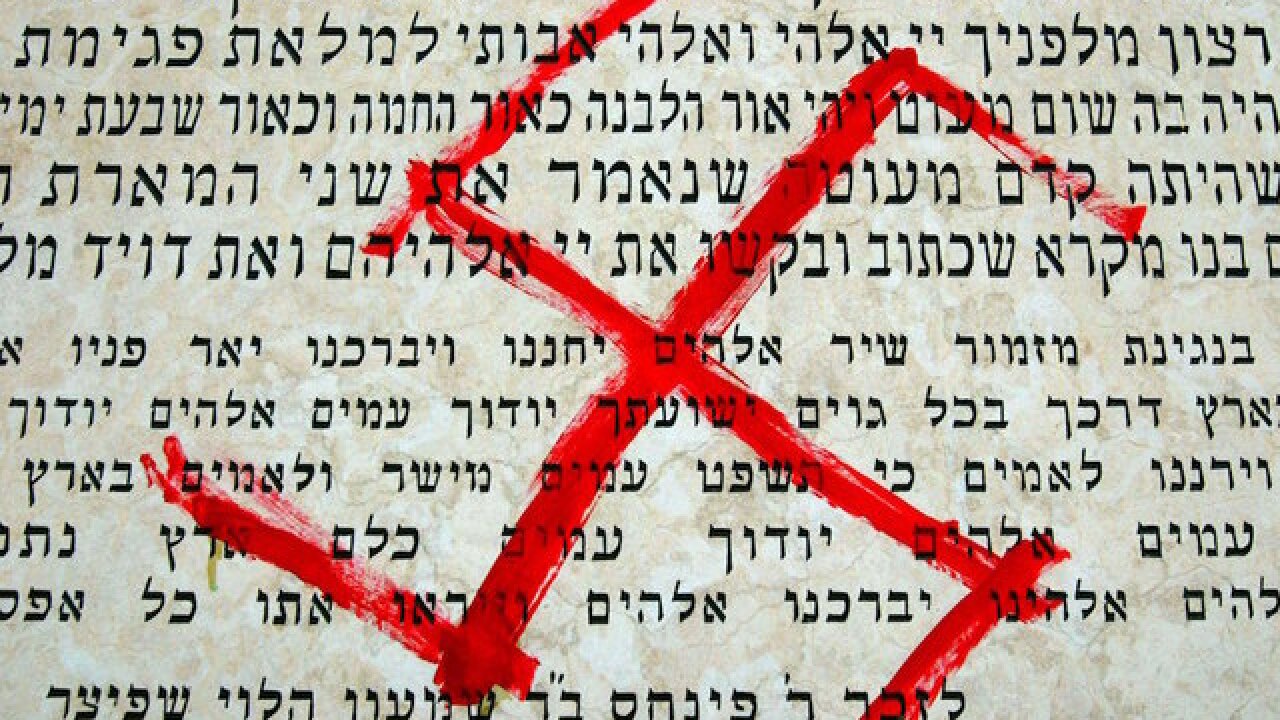 Copyright Getty Images
Uriel Sinai
<p>A close-up of a swastika symbol is shown painted on a memorial plaque on the wall of a synagogue March 5, 2006 in Petah Tikva, near Tel Aviv, in central Israel.</p>

(CNN) -- The swastikas. The bolts. The bastardized crosses. While polite society may want to believe these well-trodden images are anachronisms, the truth is these brands of hate are surprisingly enduring. And, like any other brand, they are also subject to evolution and changing tastes.

This is how the use of hate symbols is evolving, and how people hide them in plain sight.

Mark Pitcavage is a senior research fellow at the Anti Defamation League's Center on Extremism. He studies extreme right-wing groups and maintains the ADL's hate symbols database. He wants you to know, right off the bat, that nothing will ever top the swastika when it comes to hate.

"The Nazis have such brand name power that they are going to be dominating white supremacist symbology for a century to come," he says.

But there is risk in this hyper-visibility. Last year, a large neo-Nazi group called the National Socialist Movement announced they would be shedding depictions of the swastika in what their leader told the New York Times was "an attempt to become more integrated and more mainstream."

As their replacement, the NSM chose the Othala Rune, an pre-Roman symbol co-opted by Nazi Germany.

The rune, an innocent symbol outside of its appropriation by white supremacists, is related to ideas of "homeland" and "inheritance." It is also rooted in Germanic and pagan Viking cultures, two things that white supremacists love.

"The Nazis believed that Scandinavians were pure Aryans just like Germans were," Pitcavage says.

The iron cross used to be a widely-used hate symbol that harkened back to the Nazi era, but lost its potency in the '90s and early '00s when surf, skate and motorcycle companies started using similar-looking images in their branding.

People who employ hate symbols typically want their ideologies known, but not so much that they'll be criticized or shunned. It presents an interesting creative challenge.

Pitcavage breaks it down:

Still, most people seek what Pitcavage calls a "controlled display:" A swastika on their back that's only visible when they take off their shirt; or a tattoo on the inside of the lower lip.

But sometimes, followers of hate groups will obscure symbols altogether, so they only make sense to people that have similar ideological literacy.

"One thing I see every once in a while is a 1488 represented with a pair of dice," Pitcavage says.

The Nazis don't have the market cornered on hypervisible hate symbols, though. There's also the KKK.

One of its most ubiquitous symbols is a so-called 'blood drop cross": a square cross with what appears to be a drop of blood in the middle. If you take away the cross and just leave the drop, it becomes a much more subtle symbol.

"Because it is a universal Klan symbol, people would notice," he continues. "At some point, somebody thought of the idea of caps and paraphernalia that just have a blood drop sign on them. The average person probably would not notice, but another white supremacist would."

It's one thing to ink oneself up with symbols; it's quite another to, as Pitcavage pointed out, use these symbols as a form of intimidation. The reactions and themes they conjure are immediate and unequivocal: The swastikas or nooses or burning crosses and white hoods, the numerology and coded languages that lend an imagined significance to bald-faced brutality.

In 2004, Sean Michael Gillespie was arrested for trying to firebomb an Oklahoma synagogue. It was reported he wanted to commit 14 terrorist acts -- like the symbolic number 14. He also had internet handles featuring the number 88.

In 2008, two men were arrested for plotting to assassinate President Barack Obama. It was discovered they were planning on killing 88 black people, including schoolchildren. Of the victims, they wanted to behead 14.

In 2015, Dylann Roof took 88 bullets with him into the Charleston, SC church where he killed nine people in 2015. "He was certainly familiar with the concept of 88," Pitcavage says.

The visibility of hate symbols also makes them prime fodder for trolls and other ne'er-do-wells who know such symbols are shorthands for fear, pain and outrage -- like teenagers tagging the sides of buildings or a recent incident in which a group online tried to convince the Internet a simple bird meme was actually a hate symbol by photo-shopping a swastika on it.

Of course, that doesn't lessen the emotional and cultural harm these symbols can cause.

If anything, it makes them more dangerous because people use them without fully considering their damaging and deadly implications.

It is an interesting distortion of a hateful tradition in which devotees try desperately to control the message -- to conveniently hide their beliefs under hidden lip tattoos and white hoods (and online anonymity) while perpetuating symbols and messages that, like a virus, don't need a specific host to cause harm.

They do so by just existing.