Surgeon General sounds the alarm on teens and e-cigarettes 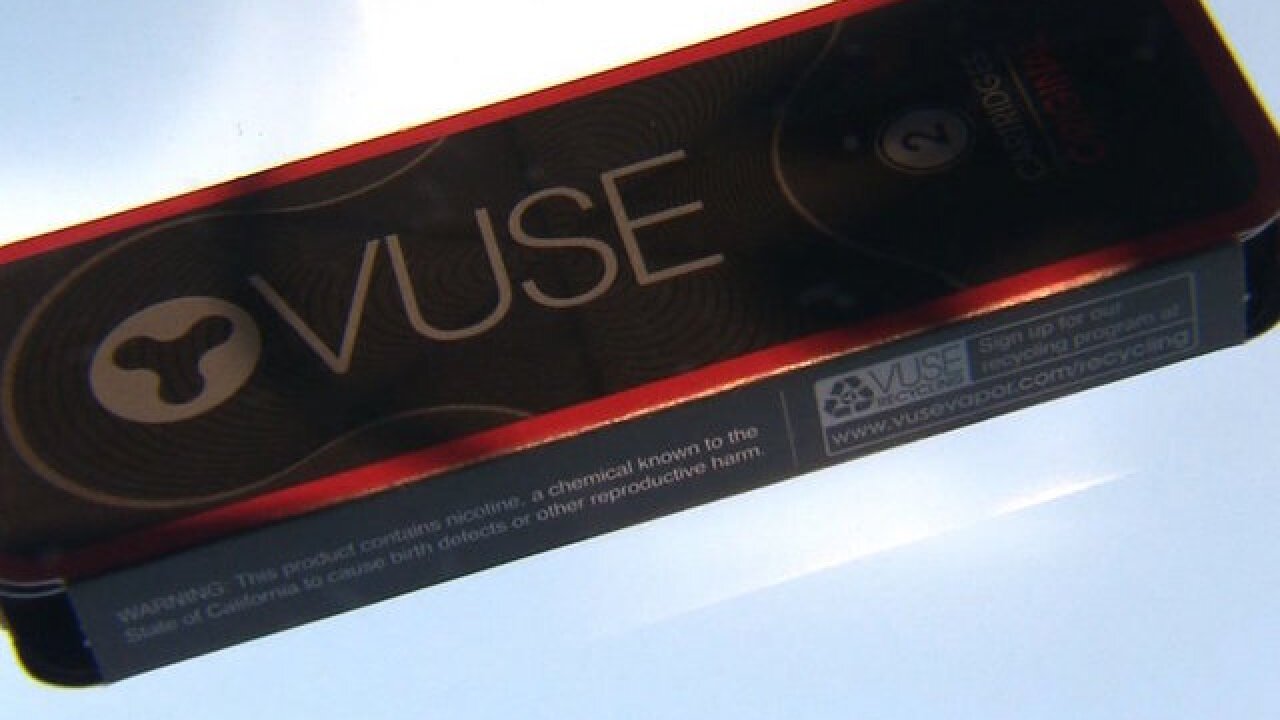 CNN
NJOY
<p>E-cigarettes are smoke-free electronic products that turn nicotine and other chemicals into vapor inhaled by the user.</p>

(CNN) -- The nation's top doctor is sounding the alarm on e-cigarettes, especially when used by teens and young adults.

"These products are now the most commonly used form of tobacco among youth in the United States, surpassing conventional tobacco products, including cigarettes, cigars, chewing tobacco and hookahs," wrote Dr. Vivek H. Murthy, the US Surgeon General, in a new report released Thursday. In fact, use of e-cigarettes among high school students increased by 900% from 2011 to 2015, according to the report.

Specifically, among middle and high school students, use of e-cigarettes has more than tripled since 2011, the report indicates. Meanwhile, after a period of relative stability from 2011 to 2013, vaping among young adults between 18 and 24 years old more than doubled from 2013 to 2014.

Yet nicotine can damage the developing teen brain while leading to addiction.

"Compared with older adults, the brain of youth and young adults is more vulnerable to the negative consequences of nicotine exposure," noted Murthy.

Teens and young adults also reported using electronic tobacco products because they are less harmful or less toxic than conventional cigarettes and it helps them avoid indoor smoking restrictions. But e-cigarettes are strongly associated with smoking in these age groups.

In 2015, for instance, nearly 60% of high school students were both current smokers and current vapers. The report notes that e-cigarettes are also used to smoke marijuana and possibly other illicit drugs.

"After having made tremendous progress in decreasing smoking rates, we may be now creating a new generation of nicotine addicts who will go on to be lifelong nicotine addicts, have difficulty stopping, and perhaps start smoking regular cigs as well," said Dr. Benard Dreyer, who, as the president of the American Academy of Pediatrics, speaks for 66,000 primary care pediatricians and other pediatric specialists.

While the numbers in the report are new, the science is not, Dreyer said, underscoring the report's findings about brain development.

"I think most people think your brain stops developing when you're 5 or something and certainly there's a huge amount of development in the first couple of years in life, but we know that adolescent brains are actually very significant in development and nicotine is a neurotoxin and we know that it can cause lifelong problems for kids, including mental health problems, behavioral problems, and actual changes in brain structure," said Dreyer.

Echoing findings in the report, Dreyer noted that the other ingredients in the vaping liquids may be causing harm as they get heated and aerosolized and enter the lungs. Researchers suspect these chemicals are dangerous even if they have not yet proven it or figured out at what dose.

"Some of those chemicals are carcinogenic," she said, explaining that ingredients in vaping liquids have been linked to cancer when used in other ways. "We don't know, walking down the line, what disease outcomes may occur. The other thing we've known for a while is that ingestion of nicotine, either through topical or by drinking, nicotine can cause acute poisoning and death."

He also said that e-cigarettes are "fantastic for those who are seeking to switch to less a harmful product."

The Surgeon General's report notes older adults are more likely to report using e-cigarettes to wean themselves off conventional cigarettes. There is a growing body of research on whether e-cigarettes are effective in aiding cessation. According to the website of the National Institute of Drug Abuse, it is unclear whether e-cigarettes are "effective as smoking-cessation aids. There is also the possibility that they could perpetuate the nicotine addiction and thus interfere with quitting."

According to Sward, over half of e-cigarette users still smoke regular cigarettes. "What we know is that the damage to your body remains even if you're a so-called light smoker," she said. "The bottom line is -- this is well-known -- if you're still smoking cigarettes, you're putting your body at grave risk. And dual use is part of that, too."

And the new report finds teen use of e-cigarettes is associated with use of other tobacco products as well.

In the report, the Surgeon General called for federal, state and local action immediately, such as including e-cigarettes in smoking bans as well as significant increases in taxes and the price of e-cigarette products.

Mirroring regulation of the products announced by the Food and Drug Administration earlier this year, the report calls for regulation of "marketing that is likely to attract youth and young adults, to the extent feasible under the law."

"E-cigarette companies appear to be using many of the advertising tactics the tobacco industry used to persuade a new generation of young people to use their products," wrote Dr. Tom Frieden, director of the US Centers for Disease Control and Prevention, in the foreward to the report. "Companies are promoting their products through television and radio advertisements that use celebrities, sexual content and claims of independence to glamorize these addictive products and make them appealing to young people."

There's an urgent need, Sward said, for the FDA "to protect the kids and young adults and indeed the public from e-cigarettes, especially when it comes to flavors."

As noted in the report, a majority of younger vapers used a flavored product the first time they tried an e-cigarette.

Dreyer hopes for new regulations around flavorings and packaging that might be especially appealing to children, though he is generally pleased with the FDA's progress.

Story believes "all flavors should be legal" and they are essential to the product, Story acknowledged that "there are certainly companies out there that when they come out with gummy bear liquids or cotton candy liquids they have a completely different target audience in mind than what the responsible players are actually looking for."

In August 2016, the FDA officially restricted sales of e-cigarettes to minors under age 18. Sward said they are pushing for 21 to be the age when purchasing all tobacco products is allowed.

Additionally, Murthy suggested more educational initiatives to target teens and young adults. Finally, the report recommended implementation of FDA regulatory authority over the manufacturing, marketing and distribution of e-cigarettes, beyond what has been done already.

Story does not oppose regulation across the board. "An industry without regulation is really not an industry," said Story, who said his industry has been pushing for "age verification, GMP standards, and obviously all the products being tested and complying with the regulatory limits that have been set. We don't support unregulated products in the marketplace."

Dreyer praised the report, noting, "When the Surgeon General comes out with a report, it gives a lot of heft to these concerns." He added that the report "supports what we already have as our policy and our messaging and it will make our ability to encourage pediatricians and other doctors and teachers to actively begin speaking to children and teens about this."