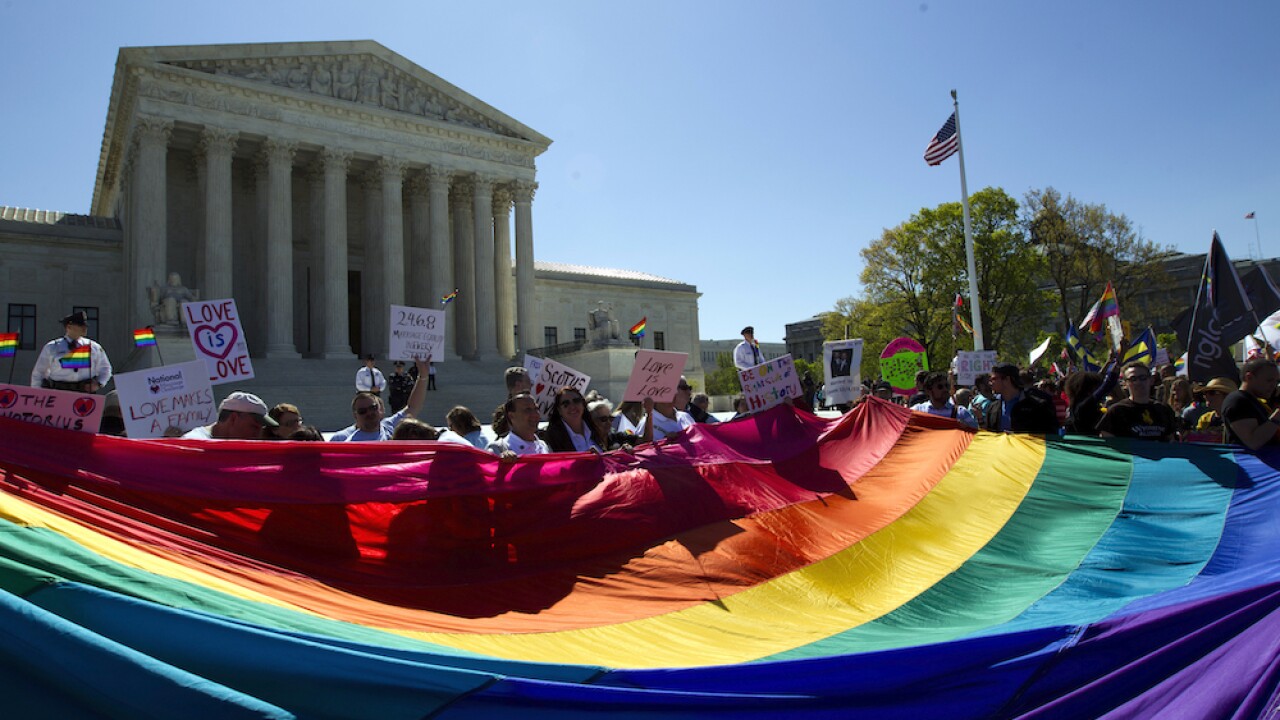 Jose Luis Magana/AP
Demonstrators stand in front of a rainbow flag of the Supreme Court in Washington, Tuesday, April 28, 2015. The Supreme Court is set to hear historic arguments in cases that could make same-sex marriage the law of the land. The justices are meeting Tuesday to offer the first public indication of where they stand in the dispute over whether states can continue defining marriage as the union of a man and a woman, or whether the Constitution gives gay and lesbian couples the right to marry. (AP Photo/Jose Luis Magana)

The Supreme Court has ruled that LGBTQ employees are protected under federal employment discrimination laws in a landmark decision.

The court ruled 6-3 in favor of granting protection from discrimination to LGBT workers, with conservatives Chief Justice John Roberts and Justice Neil Gorsuch siding with the majority.

According to the ruling, Title VII of the Civil Rights Act of 1964 that prohibits discriminating against workers on the basis of sex also applies to gay, lesbian, transgender people.

“An employer who fires an individual for being homosexual or transgender fires that person for traits or actions it would not have questioned in members of a different sex,” Justice Neil Gorsuch wrote in the opinion. “Sex plays a necessary and undisguisable role in the decision, exactly what Title VII forbids.”

The case Bostock vs. Clayton County, Georgia entered around a Georgia man, Gerald Bostock, who claimed he was fired for "unbecoming" conduct from his job with Clayton, County, Georgia, after he began participating in a gay softball league.

The decision also ruled in favor of Aimee Stephens in the case R.G. & G.R. Harris Funeral Homes Inc. v. Equal Employment Opportunity Commission. Stephens, a trans woman, was fired from her job at a Michigan funeral home when she expressed her desire to live full time as a woman.