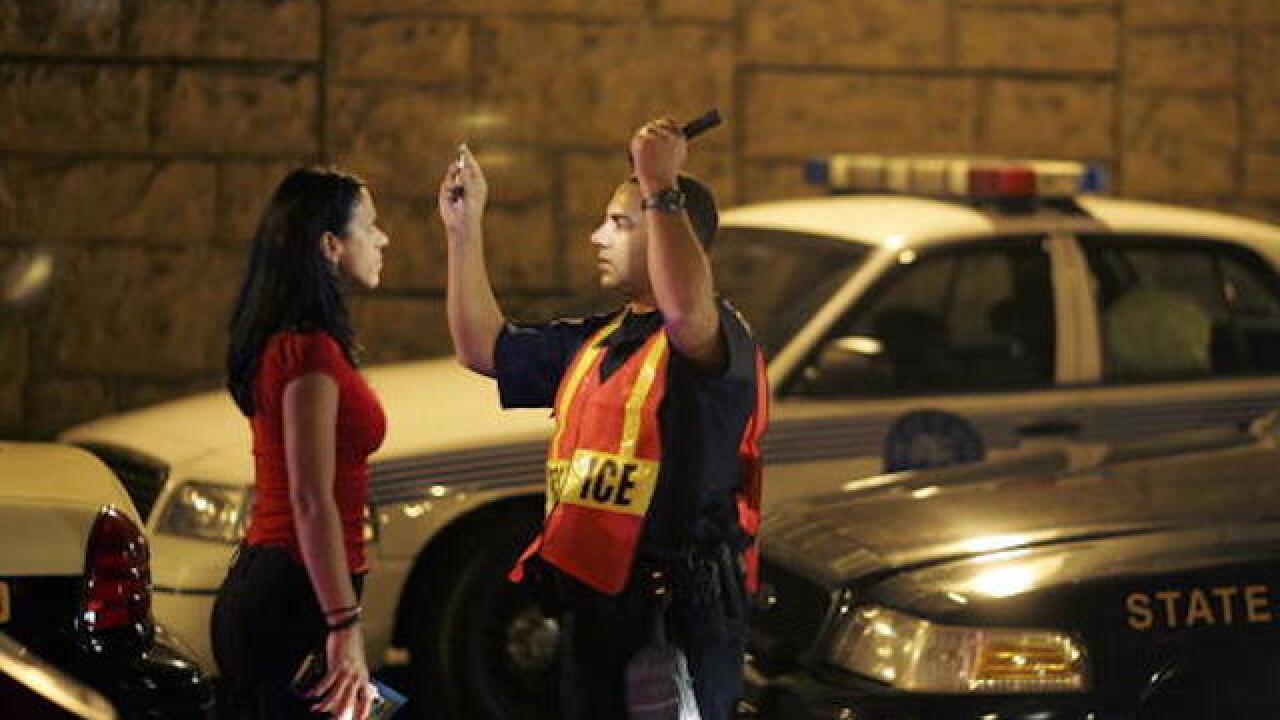 WASHINGTON (AP) — The Supreme Court on Thursday placed new limits on state laws that make it a crime for motorists suspected of drunken driving to refuse alcohol tests.

The justices ruled that police must obtain a search warrant before requiring drivers to take blood alcohol tests, but not breath tests, which the court considers less intrusive.

The ruling came in three cases in which drivers challenged so-called implied consent laws in Minnesota and North Dakota as violating the Constitution's ban on unreasonable searches and seizures. State supreme courts had upheld the laws.

While drivers in all 50 states can have their licenses revoked for refusing drunken driving tests, the high court's ruling affects laws in 11 states that go farther in imposing criminal penalties for such refusals.

Writing for the majority, Justice Samuel Alito said breath tests do not implicate "significant privacy concerns." Unlike blood tests, breathing into a breathalyzer doesn't pierce the skin or leave a biological sample in the government's possession, he said.

Alito compared blowing into a breath test machine to using "a straw to drink beverages," which he called "a common practice and one to which few object." He noted that the high court has previously declined to require a warrant for collecting DNA samples by rubbing a swab on the inside of a person's cheek or scraping underneath a person's fingernails to find evidence of a crime.

Six justices agreed with Alito's opinion on breath tests, though Justice Clarence Thomas wrote separately to say he would have found both tests valid without a warrant under the Constitution. Thomas called any distinction between breath and blood tests "an arbitrary line in the sand."

In all three cases before the high court, the challengers argued that warrantless searches should be allowed only in "extraordinary circumstances." They said routine drunk driving stops count as ordinary law enforcement functions where traditional privacy rights should apply.

State officials called the testing a legitimate condition on the privilege of using state roads. Prosecutors argued that it was too burdensome for police to obtain a warrant every time a driver refused a test because some rural areas have only one judge on call late at night or on weekends.

But during oral argument, some of the justices pointed out that even in rural states police can call a magistrate and get a warrant over the phone in just a few minutes.

Justice Sonia Sotomayor, joined by Justice Ruth Bader Ginsburg, wrote a separate opinion saying she would have gone further and required search warrants for both breath and blood alcohol tests. She said said no governmental interest makes it impractical for an officer to get a warrant before measuring a driver's alcohol level.

"The Fourth Amendment prohibits such searches without a warrant, unless exigent circumstances exist in a particular case," she said.

The states garnered support from Mothers Against Drunk Driving, which argued that public safety is a compelling reason that justified the laws. But civil liberties groups said states can't criminalize the assertion of a constitutional right.

Adam Vanek, national general counsel for MADD, said his group was pleased "that the court recognized public safety concerns far outweigh the minimal privacy concerns when it comes to a breath test." Vanek said the group was hopeful that the court's decision would encourage other states to implement similar laws punishing refusal to take a breath test.