Student stabbed to death at Fitzgerald High School in Michigan 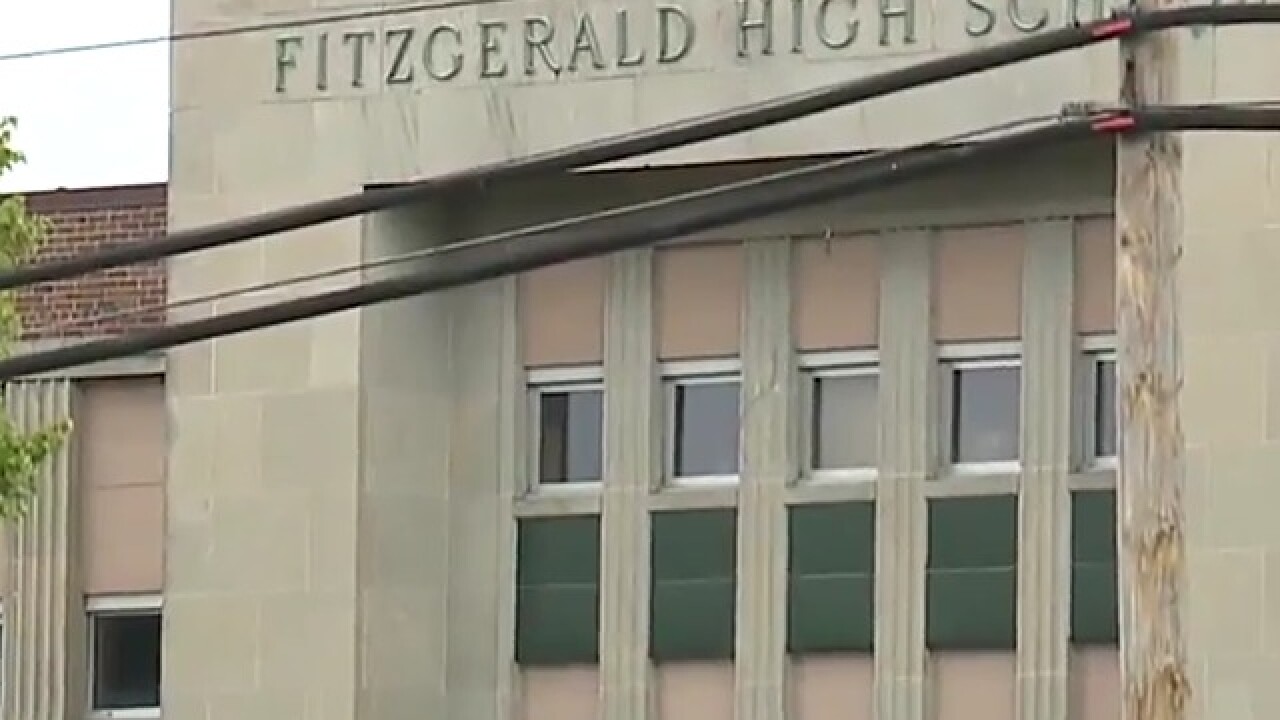 A high school love triangle apparently sparked a stabbing inside a Michigan classroom Wednesday that left a 16-year-old straight A student dead and a 17-year-old classmate in custody and facing a murder charge, police said.

The two girls had once been friends but apparently had a falling out over dating the same boy, police said.

The violent confrontation occurred about 8:30 a.m. at Fitzgerald High School in Warren, Michigan, a suburb of Detroit, when the older student pulled out a kitchen steak knife and stabbed the victim twice in the chest, Warren Police Commissioner Bill Dwyer said during a press conference.

"Truly a tragedy on both sides — the suspect and the victim," Dwyer said. "Two lives ruined."

The victim was taken to St. John Macomb-Oakland Hospital in Warren, where she died at 9:24 a.m., he said.

Social media is identifying the victim as Danyna Gibson, according to WXYZ.

According to the victim’s family, she was a member of the cross country team, robotics club, color guard, marching band and National Honor Guard Society, student council and A Generation of Promise.

The suspect has not been identified.

"It's possible that both the victim and the suspect had a relationship with the male student," Dwyer said.

He said that 20 to 30 other students and their teacher were in the classroom when the 17-year-old honor student pulled out a steak knife and attacked the victim.

There are no metal detectors at the school, Dwyer noted.

A school resource officer was immediately rushed to the classroom upon hearing screams and performed cardiopulmonary resuscitation on the victim until paramedics arrived, Dwyer said.

The suspect stayed at the scene and was escorted to the principal's office, where she was taken into custody without incident, Dwyer said.

The knife, which police believe the victim brought from home, was recovered, he said.

He said the male student, who is 16 or 17 years old, has been interviewed by police and is cooperating in the investigation.

No other students were injured in the deadly altercation.

"All parties involved are straight A students and neither has been involved in any trouble at all," Dwyer said. He said the suspect was taken to the Warren Police Department for questioning. "She did make some admissions," said Dwyer, who declined to elaborate. "We will be asking for a murder warrant."

He said it will be up to the Macomb County District Attorney's Office to decide whether to charge the suspect with murder.

Dwyer said investigators are also reviewing text messages exchanged between the victim and her suspected killer but he did not disclose the contents of the messages.

Investigators were also reviewing social media posts but have yet to find anything to suggest something violent was brewing, he said.

"There was no type of pre-warning or advanced information that would put us on alert that this was possibly planned. We had no information whatsoever," Dwyer said.

Grief counseling was being provided for students, particularly those who witnessed the stabbing, said Laurie Fournier, superintendent of the Fitzgerald Public School.

"Our hearts and prayers go out to the student's family and we offer our deepest sympathy," Fournier said in a statement posted on the school district's website. "We are working very closely with the police department on this matter as well as conducting an internal school review of the incident which will review all our current safety procedures and protocols."