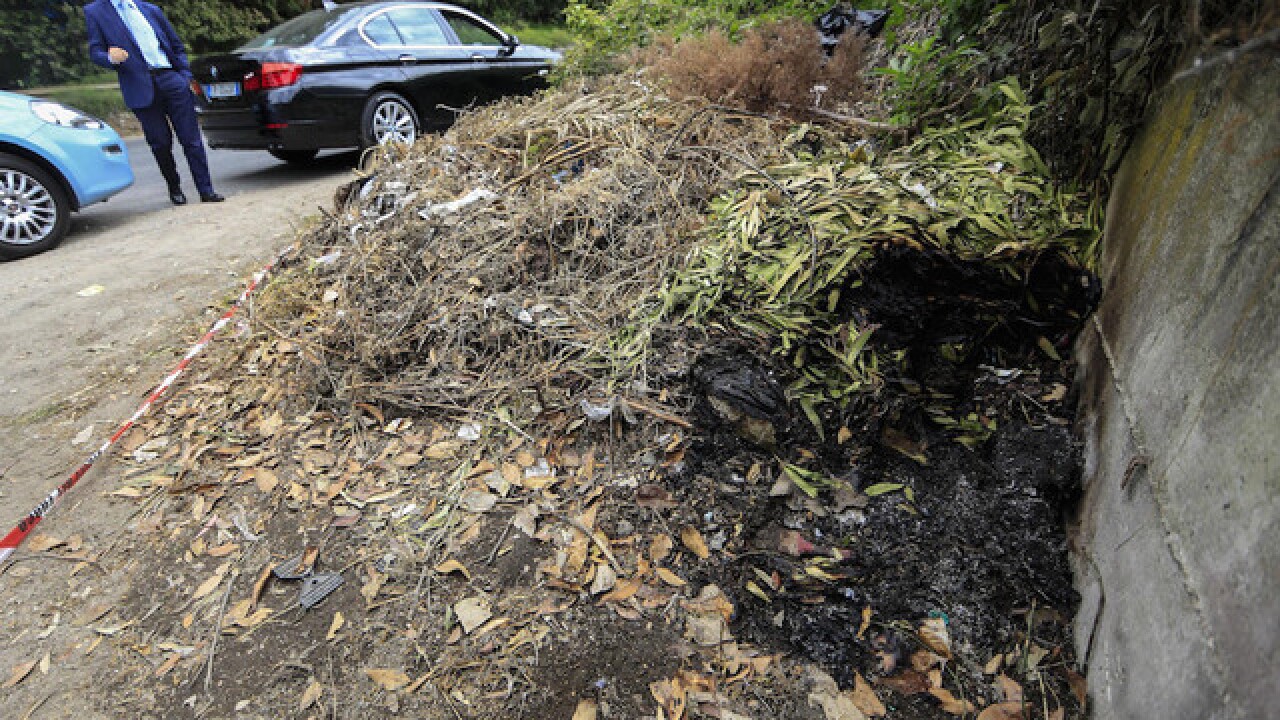 Massimo Percossi
<p>The place where 22-year-old student Sara Di Pietrantonio mother's found her body near her car, both of them on fire, at dawn yesterday in Rome's Magliana neighborhood, 29 May 2016. ANSA/MASSIMO PERCOSSI</p>

ROME (AP) — A Rome university student was burned alive by her ex-boyfriend after she left him, authorities said Monday — a slaying one investigator called the most atrocious crime he has seen in his career.

Sara Di Pietrantonio, 22, died before dawn Sunday after Vincenzo Paduano, 27, first set her car afire, prosecutor Maria Monteleone told reporters. He then chased her about 500 meters (yards) as she tried to flee, setting her ablaze when he caught up with her, authorities said. Investigators said her attacker used a cigarette lighter to set Di Pietrantonio's face on fire after dousing her with alcohol.

"I can say that in 25 years in this work I have never seen something so atrocious," said Luigi Silipo, the lead police official in the investigation.

Paduano was being held for investigation of premeditated murder, Monteleone said.

The suspect first denied killing the woman, but after eight hours of interrogation, confessed to killing her, Silipo told reporters. "He couldn't accept the fact he was left" by her when she ended the relationship ended, Silipo said.

Investigators said the man, a security guard who had dated the victim for two years, tailed her car and at a certain point along a street on Rome's outskirts forced it to pull over before he killed her.

A surveillance camera in the area captured some of the events, including cars that apparently passed by while the woman screamed in vain for help.

Monteleone made what she said was a fervent appeal to citizens to help such women, "not to look the other way." She added that if passers-by had helped, the woman's life might have been saved.

She also encouraged women "not to keep hidden any threatening behavior by those who insist they love you, but it's not that way."

Italian women's advocates have been trying to change mentalities in a country where men often turn violent when a women breaks off a relationship. One such champion for women to be more assertive in protecting themselves is an Italian lawyer whose face was mutilated in an acid attack ordered by her ex-boyfriend. She courageously testified at the ex-boyfriend's trial.

Sounding a call Monday to Italian woman to denounce threats by men to police was Chamber of Deputies President Laura Boldrini.

The parliamentary leader said a change in cultural mentality was needed, starting in early childhood classrooms. Women "must understand that those who should be ashamed are the violent ones, not the women who suffer threats," Boldrini said.