Stores making changes to Black Friday due to COVID-19 pandemic

Black Friday may be a bit different this year 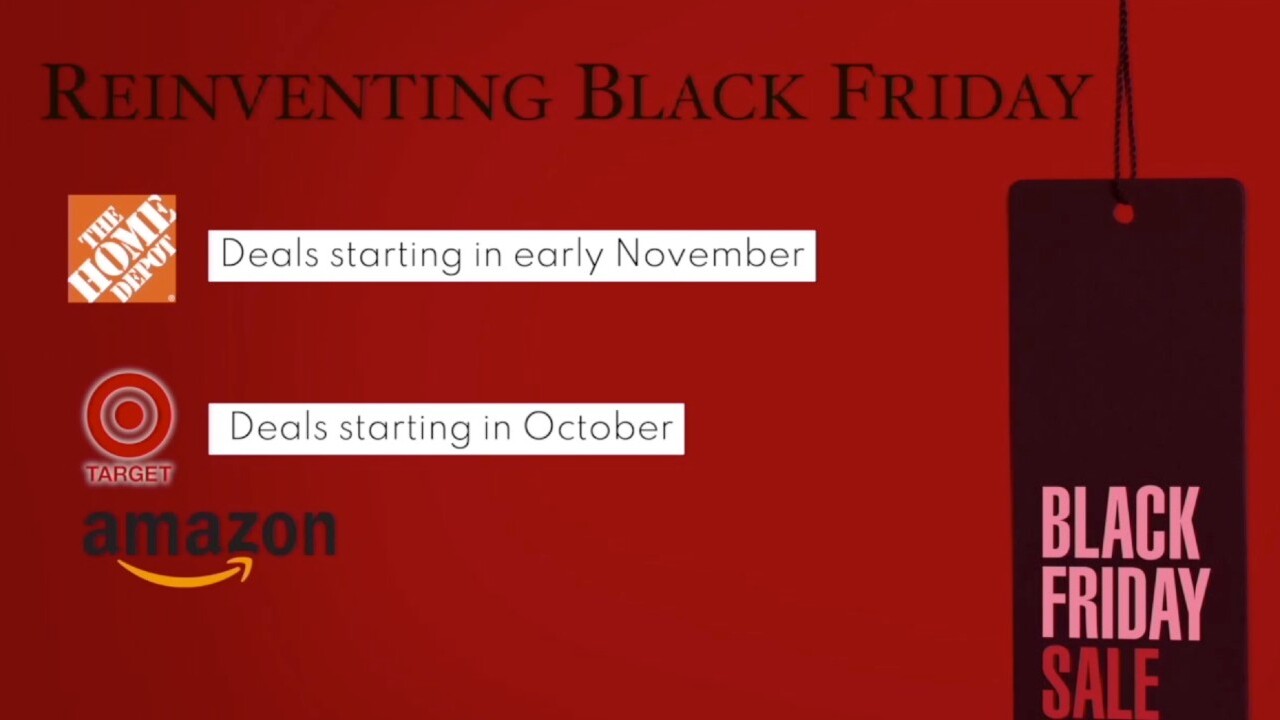 Black Friday has already been changing over the last few years with online shopping getting more popular and people getting tired of fighting the crowds, but stores are now further reinventing the shopping holiday because of the pandemic.

Home Depot came out this week saying for the first time that it's offering Black Friday deals starting in early November that will last through December, in-store and online.

Best Buy, Target and Amazon are some of the other companies saying they'll be offering holiday deals earlier than before. Target is saying you can get deals starting in October and Amazon will reportedly start offering deals then too.

“This is where consumers have to be smart and consumers have to themselves do the research and go, ‘is this really a deal or is this what they were running last week and this week they're saying it's a Black Friday sale?’” said Jane Boyd Thomas, a marketing professor at Winthrop University.

Boyd Thomas has been researching Black Friday for years. She says a very small percentage of people will still want to go shopping on the day after Thanksgiving, because it's a ritual.

She expects we'll see some supply chain issues for the holidays like we saw early in the pandemic.

“So, I would say to consumers, if there's something your child wants or you want, and it's on sale, that you probably should get it then, because the guarantees about waiting for later for a better deal may or may not come and the supply may not be there,” said Boyd Thomas.

She expects we could see most of the issues with electronics and anything being imported.