Sting to give 1st concert at Paris' Bataclan since attacks 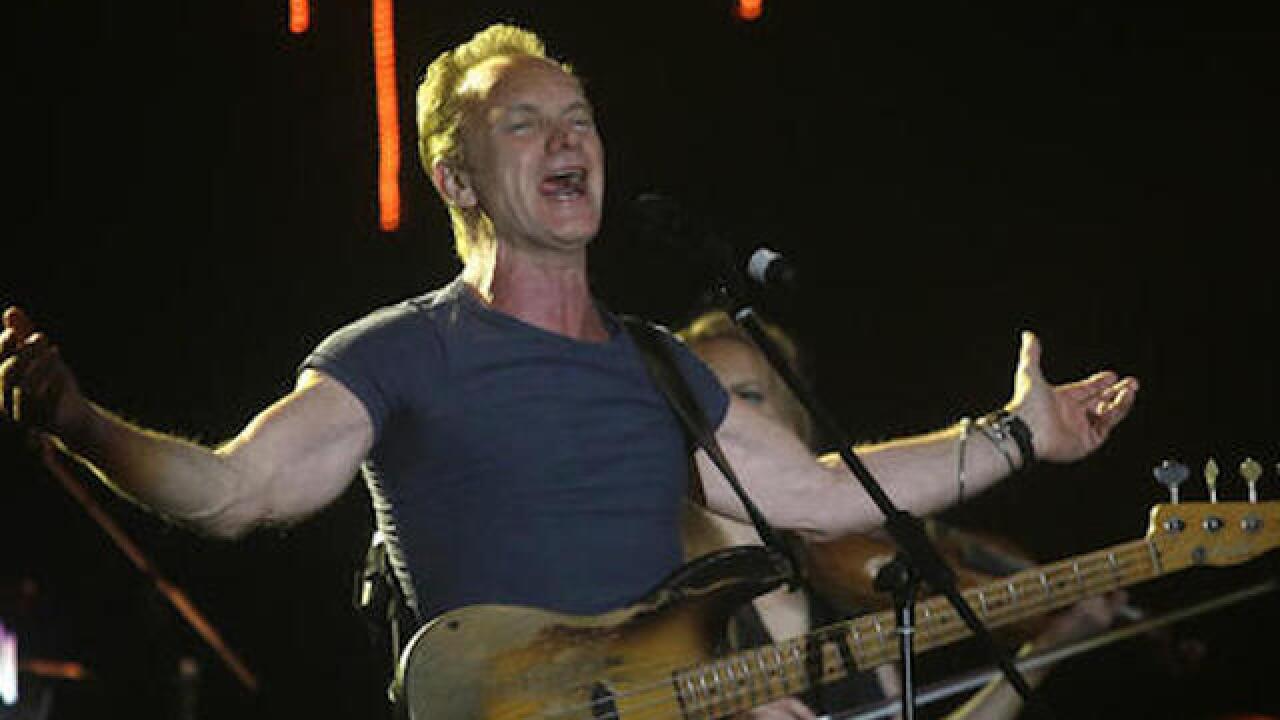 Copyright Associated Press
Tatan Syuflana
<p>In this March 5, 2016 file photo, musician Sting performs during a concert at the Java Jazz Festival in Jakarta, Indonesia. Sting is to perform on Nov. 12 at the first concert at the Bataclan theater in Paris since it was targeted in Islamic State attacks a year ago that killed 130 people. (AP Photo/Tatan Syuflana, File)</p>

PARIS (AP) — Sting is to perform at the first concert at the Bataclan theater in Paris since it was targeted in Islamic State attacks a year ago that killed 130 people.

The Bataclan and the singer's website announced the concert Friday. Sting will perform Nov. 12, the night before the first anniversary of the attacks on the theater, cafes and the national stadium.

Most of the victims were killed in a two-hour siege at the Bataclan after suicide attackers stormed a concert by California band Eagles of Death Metal.

The proceeds from the Nov. 12 concert will go to groups for survivors and families of victims.

Sting said in a statement that he wants the concert to honor their memories and celebrate "the life and music this historic theater represents."