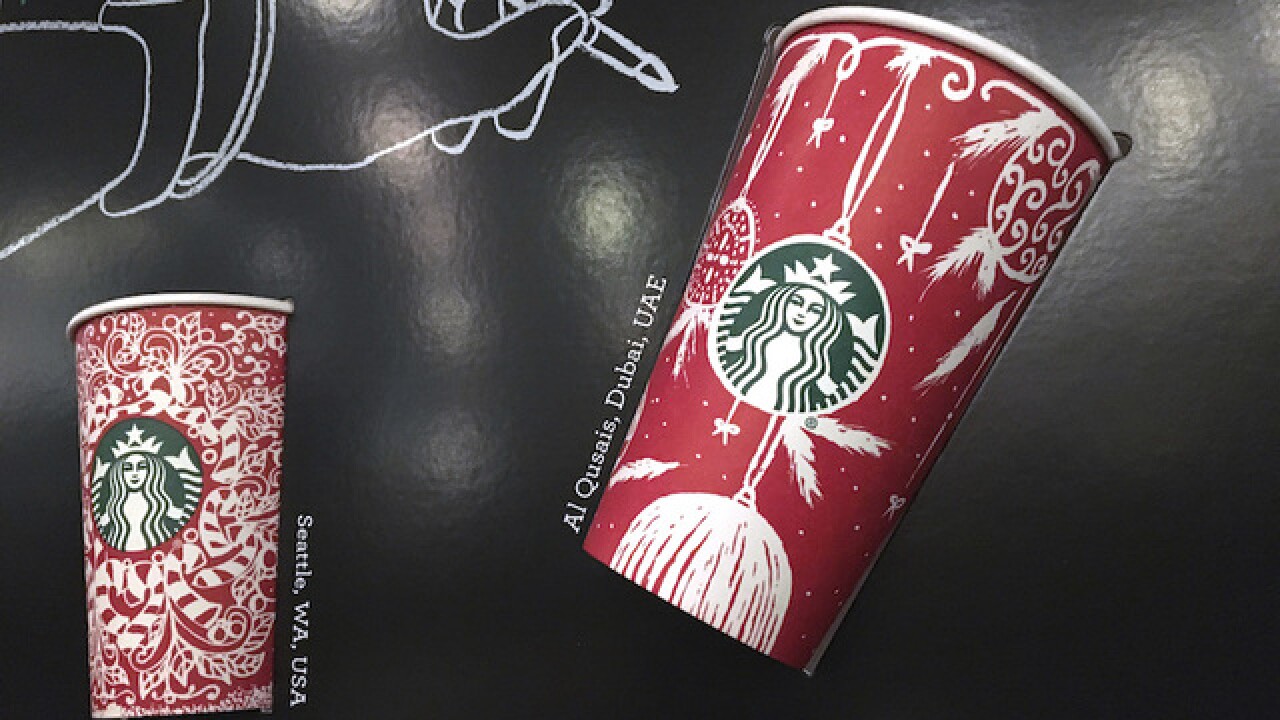 Joseph Pisani
<p>In this Tuesday, Nov. 8, 2016, photo, Starbucks holiday cups appear on display at a store in New York. Snowflakes, reindeer and candy canes are back on Starbucks holiday coffee cups, after last year’s plain red cups caused uproar from critics who said the chain was part of a so-called war on Christmas.</p>

NEW YORK (AP) — Starbucks will be unveiling its holiday coffee cups for this year with what look to be snowflakes and reindeer, after last year's more subdued red cups caused an uproar from critics who said the chain was part of a so-called war on Christmas.

The coffee chain was set to roll out the red cups to stores Thursday. But a New York store had a display Tuesday showing 10 different cups it said were designed by customers around the world, some featuring ornaments, Santa Claus and other holiday symbols.

Starbucks Corp. says its plans are still under wraps and declined to say more about the cups. It has released holiday cups every year since 1997. The outcry over 2015's plainer red cup grew after now President-elect Donald Trump suggested boycotting the chain.