Stabbed 7 times, DC jogger 'fought up to the last second of her life', mother says 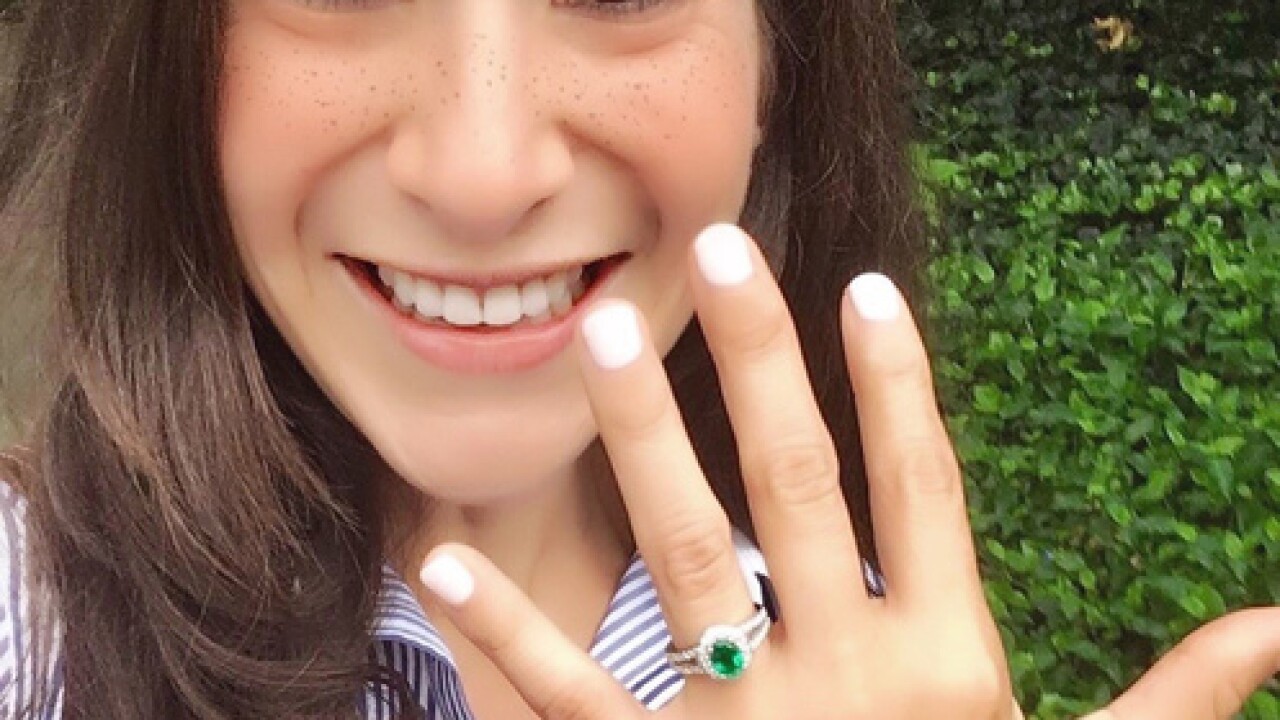 Copyright 2018 The Associated Press. All rights reserved.
<p>In this image provided by the Martinez family, a photo of Wendy Karina Martinez. Police say Martinez, an avid runner who was killed in a residential neighborhood in the nation's capital after recently getting engaged, was likely a random target. Police say on Sept. 20, that a suspect has been arrested in the Tuesday stabbing death of Martinez near Logan Circle in Washington. (Martinez family via AP)</p>

A suspect was arrested Thursday in the fatal attack of a woman who was stabbed multiple times while jogging in a trendy neighborhood in the nation's capital just a few miles from the White House.

She had just gotten engaged to be married last week and was planning to go shopping for her wedding dress on Friday, her distraught fiancé, Daniel Hincapie, told reporters Thursday.

"It's one of those things you don't expect. You're the happiest man in the world, you're engaged with the love of your life, you're getting things prepared. Weddings in multiple countries. Thinking about the logistics and suddenly she's ... gone. It's hard to describe," Hincapie said.

"Above all, she was a warrior," the mother said. "She fought up to the last second of her life ... She made me proud of the way she reacted."

Acquaintances of Crawford recognized him in surveillance video released by police on Wednesday and one told detectives Crawford is an "avid user of the synthetic narcotic K-2," according to a criminal complaint made public Thursday.

Mayor Murial Bowser added that the attack had "outraged" the community.

"This is a woman who should be going to work today," said Bowser, standing in front of the Chinese restaurant where Martinez sought help after being stabbed.

Martinez, 35, stumbled into the Chinese restaurant in Washington D.C.'s Logan Circle around 8 p.m. Tuesday, suffering from stab wounds, police said. Martinez tried to alert customers to her attacker but the suspect had already fled the scene, witnesses said.

Customers in the restaurant, including a nurse, attempted to provide medical aid to Martinez, using a cardigan sweater to apply pressure to her wounds, according to a criminal complaint filed against Crawford.

"They tried to provide medical assistance to her. Unfortunately, she was taken to a local hospital where she was pronounced dead," Newsham said Wednesday.

She was taken to a nearby Medstar Washington Hospital Center, where she was pronounced dead at 8:23 p.m., police said.

An autopsy determined that Martinez suffered stab wounds to both sides of her neck, slicing both her jugular vein and carotid artery, according to the criminal complaint. She was also stabbed in the head, face, and back, the complaint states.

Newsham said there was no obvious motive for the deadly attack.

"It is more likely a random act than anything else but we're going to look at all possibilities," he said.

"We were able to talk to multiple witnesses and we don't have anything to suggest that there was any type of confrontation between the two," he said. "It looks like it was an unprovoked attack."

Newsham said a surveillance camera showed the suspect running from the area of the attack at P Street and 11th Street Northwest. He said the video footage and tips from community residents, including a relative, led to Crawford's arrest late Wednesday night.

The killer dropped a bloody knife and a mustard-colored sweater at the crime scene, according to the complaint. The assailant also left a trail of blood leading from the scene of the attack, the complaint states.

Newsham said police found Crawford in a park at 14th Street and Girard Street Northwest about 8:24 on Wednesday and was taken into custody for questioning.

During the interview, Crawford told investigators that they were accusing him of stabbing a "little girl" before they had even mentioned why he was being interrogated, according to the complaint. Investigators noted in the complaint that Martinez was stood about 5-foot-1 and weighed 106 pounds.

When police found Crawford, he had an injury to his right hand, which he claimed occurred when he fell down a set of stairs, according to the criminal complaint. But crime technicians examined Crawford's hand and determined that the wound was a "significant laceration."

Surveillance footage of the attack on Martinez showed the killer used his right hand to stab her, the criminal complaint states.

Newsham said Crawford is a resident of Washington, D.C.

"It's horrible to see something like this happen in the city," Newsham said, describing the Logan Circle area as a "very safe neighborhood."

Newsham said security cameras showed Martinez jogging west on P Street just before she was confronted by the suspect. He said the suspect stabbed Martinez without warning or uttering a word to her.

Mayor Bowser said the crime has been "damaging to all our senses of safety."

Martinez was an avid runner and worked for a local software company, according to her family.

FiscalNote, where Wendy Martinez served as chief of staff, tweeted its condolences to her family on Wednesday.

"I feel there is some sense of her in my heart because my daughter is no longer with us, but other girls are safe because he is no longer walking up and down," Cora Martinez said.